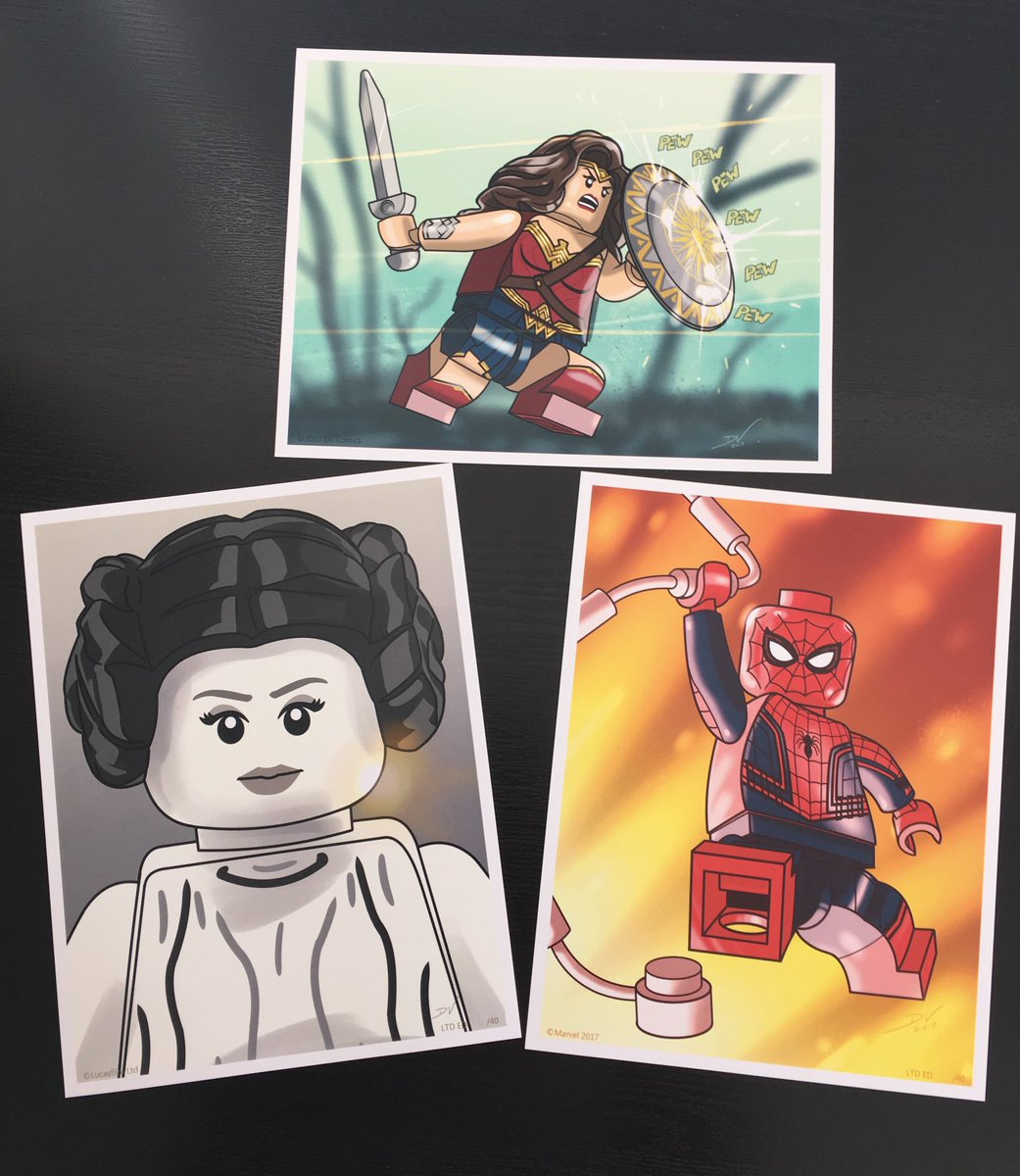 If you’re heading to San Diego Comic Con in a few weeks, a familiar face in the LEGO community will be returning to Artist Alley. Dan Veesenmeyer will again be attending and he will have some limited edition 8″x11″ prints available for purchase for $10 each. These prints feature Wonder Woman, Princess Leia, and Spider-Man in their LEGO minifigure forms and are limited to just 40 prints each.

If you’ve already order some commissions from Dan or want to get some of the ones listed above, you can pick them up at Artist Alley Table #EE-21. Dan will also have daily, on-site sketches but those usually fill up very quickly so get there early after the exhibit doors open.

If you’re not familiar with Dan’s work, he has created art for the LEGO Club Magazines, LEGO Marvel Avengers, LEGO Marvel Super Heroes 2, and a new book called LEGO Ninjago: How to Draw Ninja, Villains, and More!, just to name a few. Be sure to follow Dan on Twitter and Instagram to get a behind-the-scenes look at his work.