A few weeks ago, LEGO announced that there will be some LEGO sets that will be exclusive to the Asian markets and official images of a couple of these set have surfaced online which were revealed during the China International Import Expo.

One of these sets is called the Chines New Year’s Eve Dinner (80101). The scene features a traditional Chinese dinner and it includes six minifigures. The set is labeled a Chinese Festival Special Edition set and will be released some time in January.

The other set is the Dragon Dance (80102) and it features a person dress as a pig as 2019 will be the Year of the Pig. There will also be some minifigures to hold the dragon and it appears that the set could be a kinetic one because of the lever on the left side of the set. 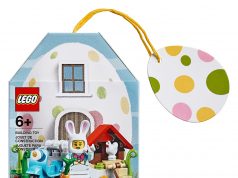 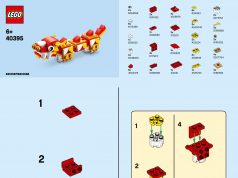