LEGO Back to the Future Time Machine (10300) Officially Announced 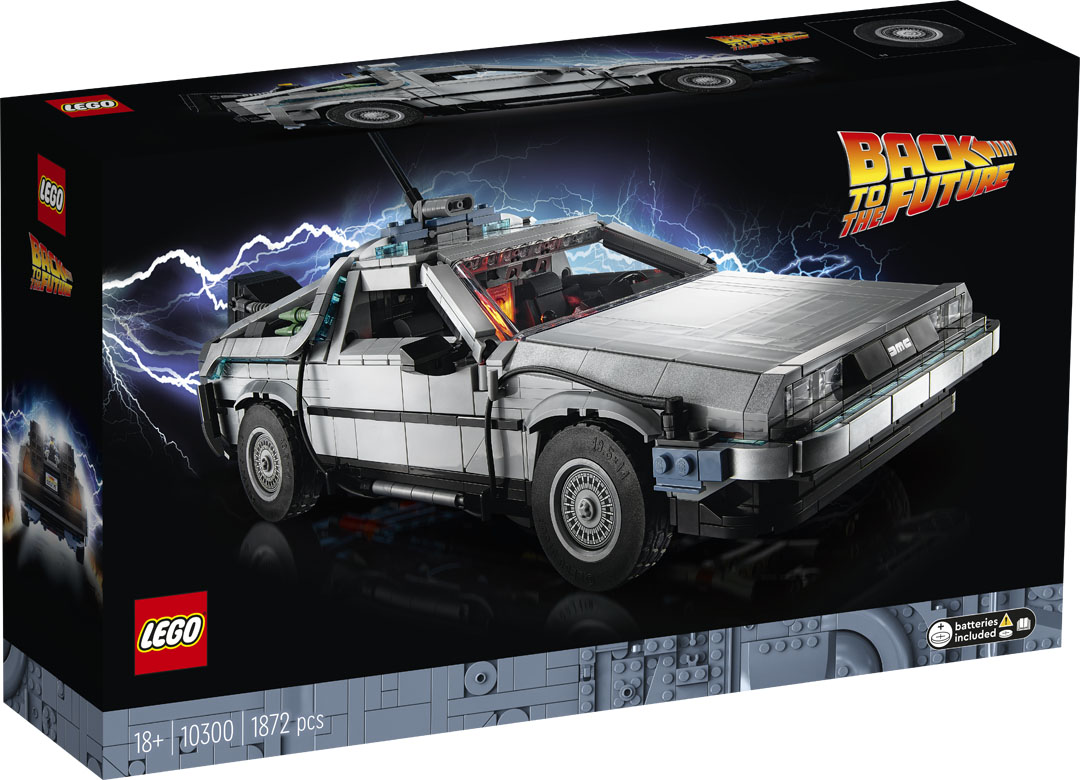 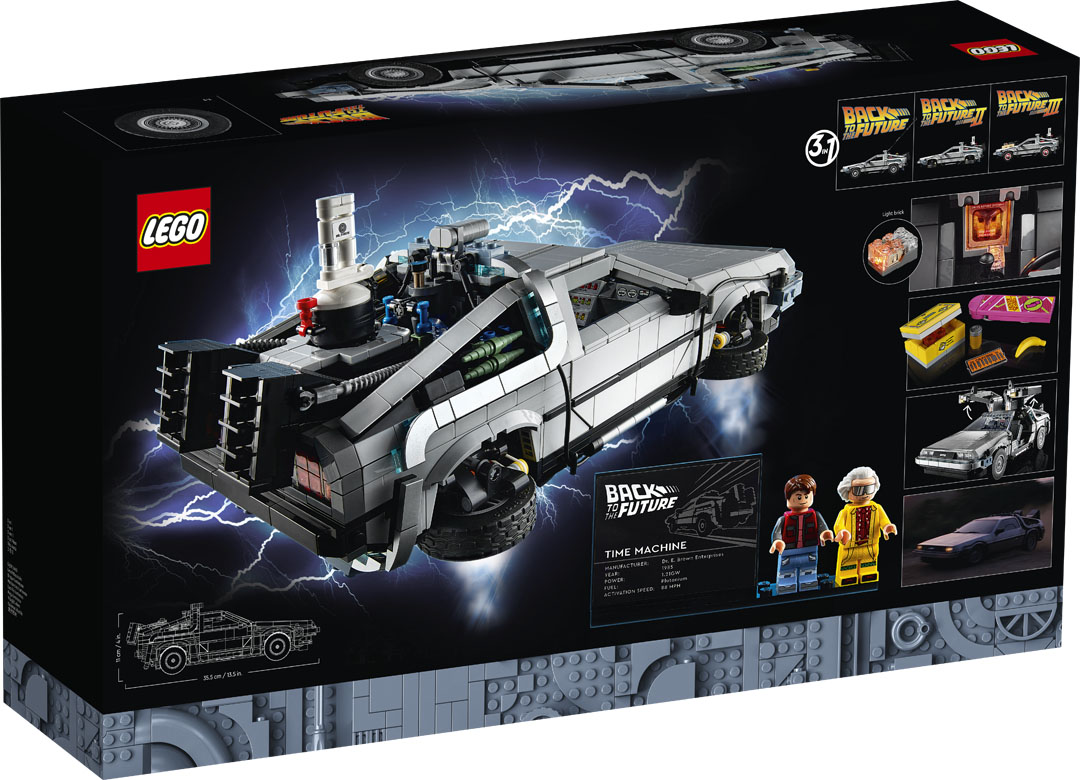 You will be able to build the DeLorean into one of the versions from the Back to the Future movies. It will include some small detailing such as the light-up flux capacitor, a box of plutonium, Marty’s hoverboard and updated LEGO minifigures of Doc Brown and Marty McFly. 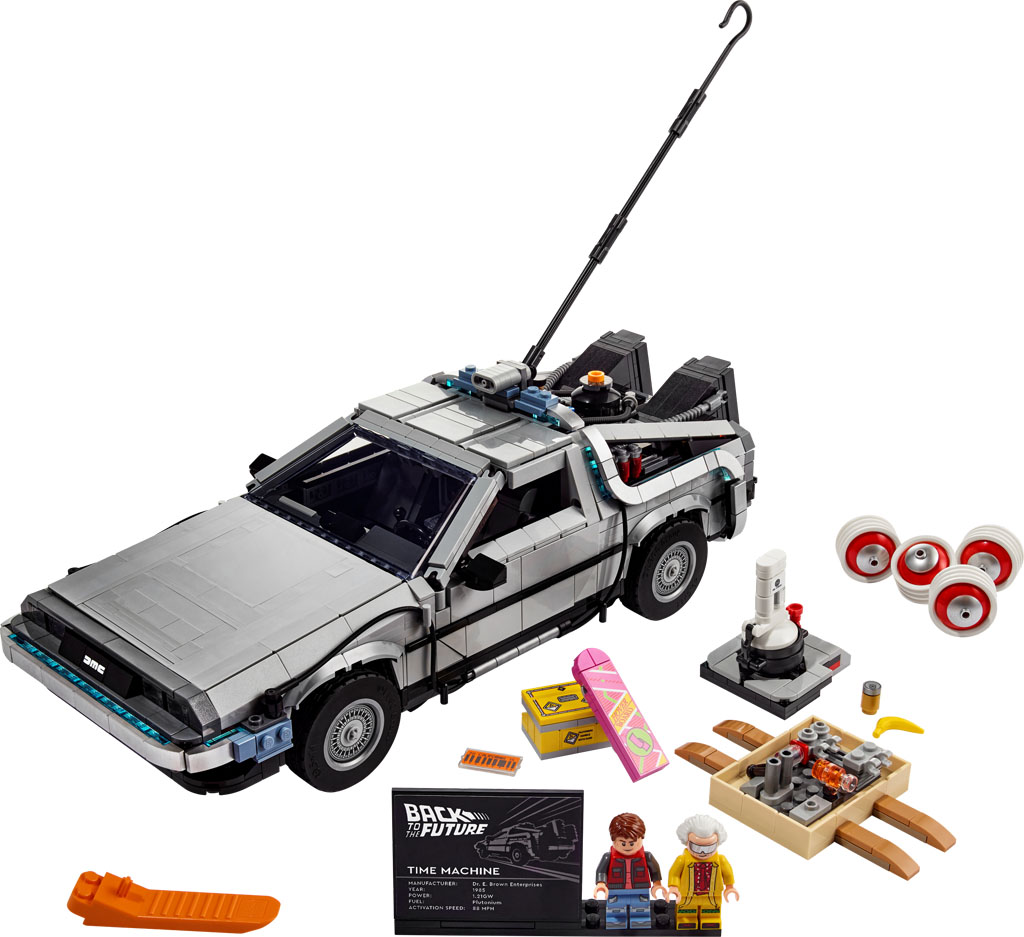 LEGO® BACK TO THE FUTURE TIME MACHINE – PRESS RELEASE

Billund, 17 March, 2022: Inspiring fans to fire up their brick building engines, the LEGO Group and Universal Brand Development have revealed a brand new three-in-one reproduction of one of the most iconic movie vehicles of all time – the LEGO® Back to the Future Time Machine.

Inspired by the DeLorean car seen in the time traveling adventure film franchise from Universal Pictures and Amblin Entertainment, the LEGO Back to the Future Time Machine set allows builders to create the car from either the first, second or third movie. What’s more, it comes complete with a light-up flux capacitor, a box of plutonium, Marty’s hoverboard and LEGO minifigure versions of Doc Brown and Marty McFly.

“Universal, Amblin Entertainment and the Back to the Future filmmakers are delighted to have partnered with the LEGO team in the creation of this fantastic kit,” said Bob Gale, co-writer and co-producer of the trilogy. “In the movie, Doc Brown spent almost 30 years and his entire family fortune to build his Time Machine. Fortunately, you’ll be able to build this LEGO model in significantly less time and with far less expense – although your completed version will be unable to travel through time!”

To celebrate the launch, the LEGO Group are taking Doc and Marty back on one more mission in the new “Brick to the Future” animated short. Premiering on https://lego.com/bttf today, the adventure sees the intrepid LEGO minifigure duo race through time to try and retrieve the lost Flux Capacitor.

In addition, the LEGO Group went back to where it all started – the famous Backlot at Universal Studios in Hollywood, where Back to the Future was filmed, to capture the three LEGO models alongside the original DeLorean Time Machine as seen in the films.

“This has been an incredibly exciting project to collaborate with the LEGO Group on – from Easter eggs that nod to each of the three Back to the Future films, to iconic elements from the DeLorean Time Machine like Mr. Fusion, to making Doc Brown and Marty McFly into mini figures – the fans are going to love going back in time with this LEGO set,” said Joe Lawandus, senior vice president and general manager, global toys and hardlines for Universal Brand Development.

Proving that if you put your mind to it, you can accomplish anything. Our brick builders will have to choose which Back to the Future Time Machine they want to create first, as each build requires elements from the full set.

Faithfully recreated details from the film trilogy include wheels that fold down for flight mode, the iconic light-up flux capacitor, printed dashboard dates, opening gull-wing doors and hood and many more Easter eggs including Marty’s hoverboard and swappable license plates. The set even comes with a banana and tin can, to power the Mr. Fusion device as seen on the vehicle at the end of the first movie.

Sven Franic, LEGO Set Designer commented: “Since its release in the 1985, Back to the Future continues to be a cult film and a favourite for generations of fans all over the world – including myself. I had so much fun reliving my favourite moments from all three films on this exciting and nostalgic design adventure.

“The shared timelessness of LEGO bricks and the Back to the Future franchise is something we really wanted to capture for this set, so we hope fans will enjoy racing through time in LEGO style.”

• Features three distinct building options: choose which car from the Back to the Future films you want to build first; rebuild to create the other versions (all three versions cannot be built simultaneously from the single set)
• Set features Doc Brown and Marty McFly incarnated as LEGO minifigures
• Faithfully recreated details from the three films include: tires that fold down for flight mode, the iconic light-up flux capacitor, printed dashboard dates, opening gull-wing doors and hood, and a variety of other Easter eggs like Marty’s hoverboard and swappable license plates
• Features windscreen and shaping element for the front of the DeLorean which are new to LEGO 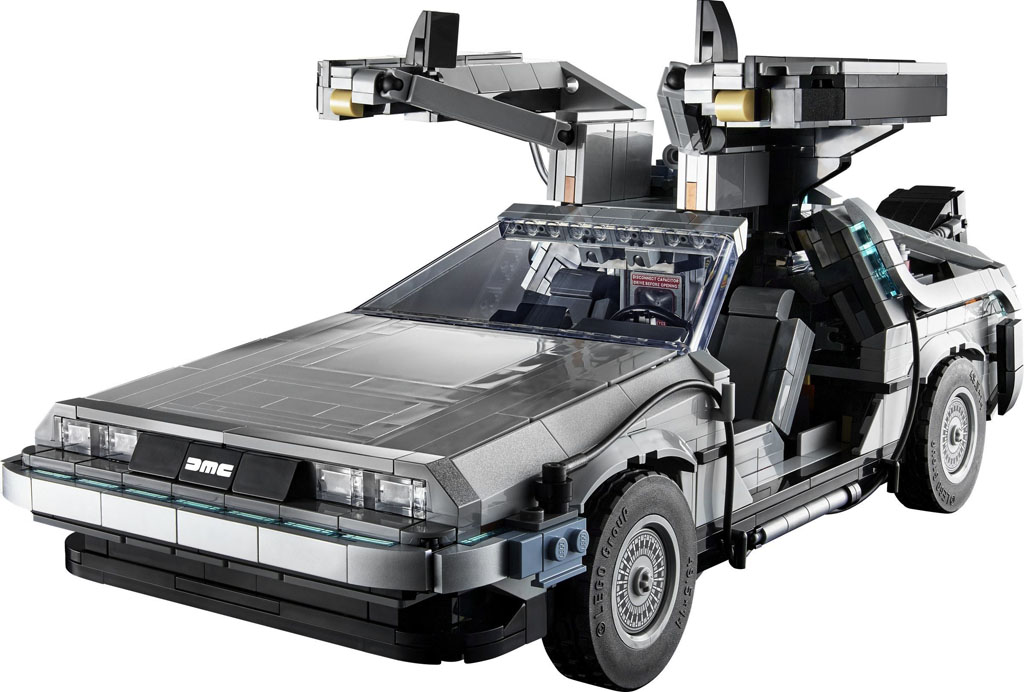 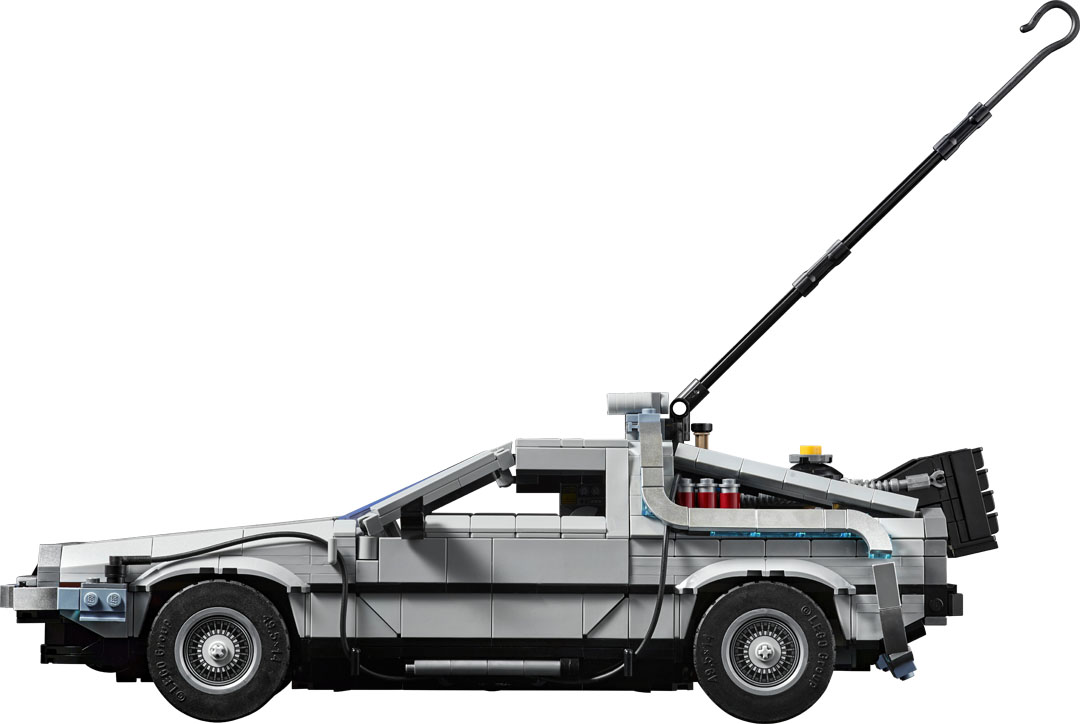 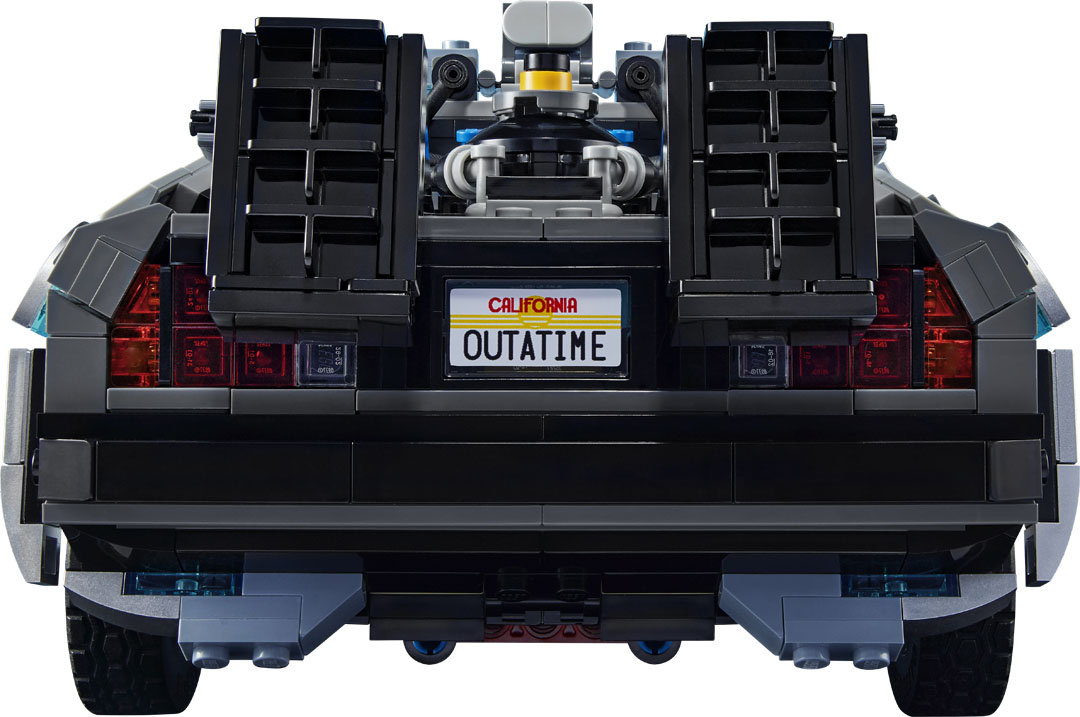