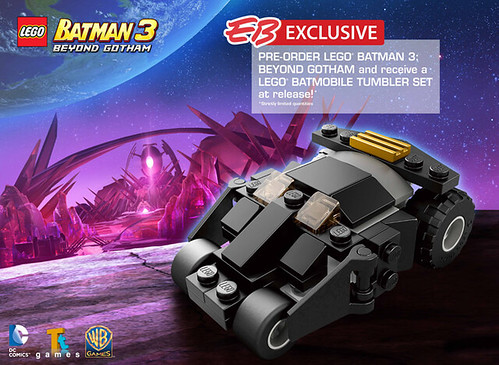 EB Games Australia has posted a store exclusive for pre-ordering LEGO Batman 3: Beyond Gotham but it may be an addition to the normal exclusive minifigures that we normally get with LEGO video games. For pre-ordering any version of LEGO Batman 3, you will get the LEGO DC Comics Super Heroes The Batman Tumbler (30300) polybag.

During E3, Arthur Parsons did a Twitch interview and he mentioned something about a physical Space Batman minifigure but didn’t say if it was the exclusive bonus for pre-ordering the game or not. LEGO Batman 3: Beyond Gotham will be released later this fall so there’s still a lot of time left for the bonus minifigure to be revealed.