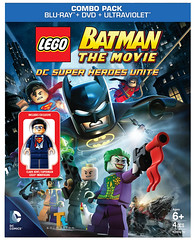 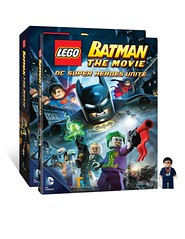 Back in October of last year at the New York Comic Con, we reported that Warner Brothers will be releasing LEGO Batman: The Movie – DC Super Heroes Unite. Thanks to Brick Heroes, we now know there will be a Clark Kent exclusive minifigure with the Blu-Ray/DVD Combo Pack. As you can see, Clark has his shirt open to reveal his Superman suit underneath. The movie will be 71 minutes long and will be released May 21, 2013 with a retail price of $24.99. You can pre-order the movie now on Amazon.com