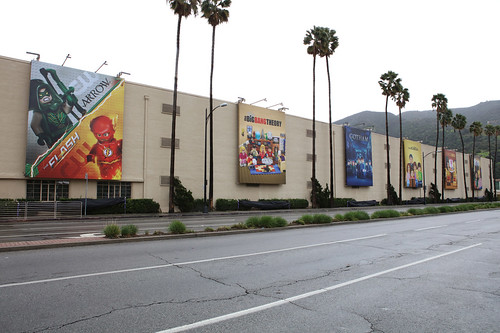 The LEGO Batman Movie is coming out this weekend and it’s making everything contagious with LEGO. If you’re driving by the Warner Bros. Studios in Burbank, you can see some new LEGO billboards that have been put up depicting various TV shows. The billboards show a lot of DC shows including Arrow, The Flash, Supergirl, and Gotham as well as ome other comedy shows such as The Big Bang Theory, Mom, 2 Broke Girls, The Middle, and Ellen.

There were 10,000 LEGO bricks used to recreate the LEGO versions of the billboards while taking more than 300 hours of building and compositing. One the images were printed out, it took an additional 70 hours to install. The billboards will be on display for a couple of weeks.