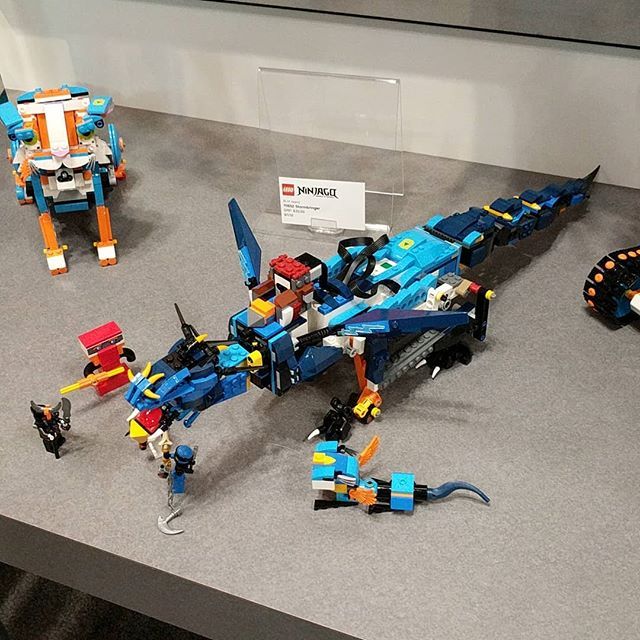 Back at the 2018 New York Toy Fair, LEGO showed off some new products and one of the new things that I haven’t seen much of on other outlets is a product demonstration of the LEGO Ninjago Stormbringer (70652). We already know that it will be available on August 1 for $39.99 but over on Pixel Dan’s channel, there’s a live demonstration of the set. When you connect it with LEGO Boost (17101), you can program the Stormbringer to do a variety of functions including leg movement, head and movement, and even roaring sounds. The set looks a little crude but it does bring kids in to teach them the basics of programming with LEGO Boost and the Stormbringer is the first of hopefully many more add-ons to the base system.