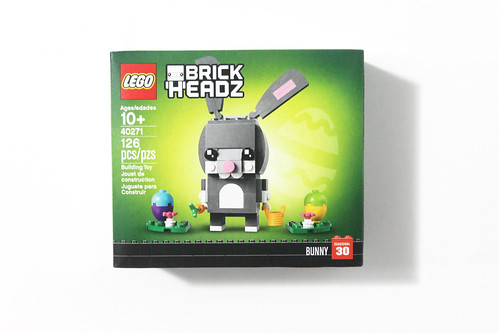 Easter is still two months away but LEGO has just released the next seasonal set under the LEGO BrickHeadz theme with the Easter Bunny (40271). The set contains 126 pieces and retails for $9.99. 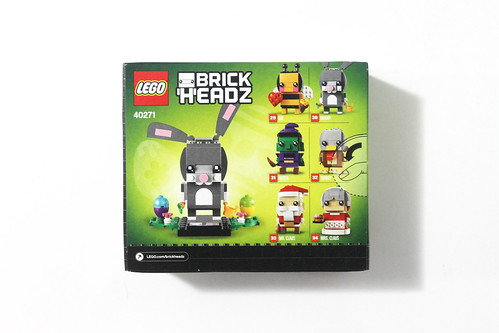 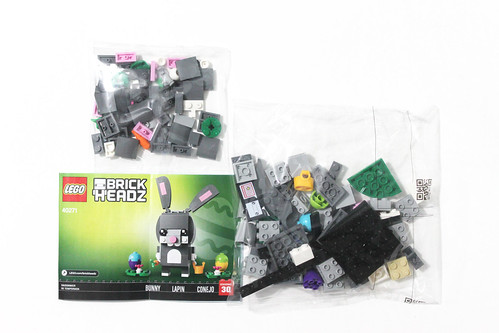 In the style of your typical BrickHeadz set, the Easter Bunny is mostly dark gray with some white and pink for some of the character details. Like with other BrickHeadz, the main staple to achieve the look of the head and body is the 1x2x1 brick with studs on the side. 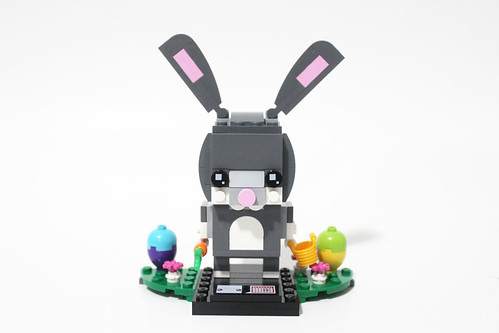 The head shows the bunny with sort of a derpy look with the receded teeth. The cheeks are created using a 1×4 white plate with a light gray jumper and pink tile for the nose. 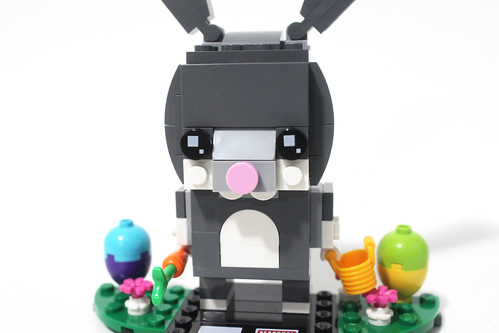 I do like the various sloped pieces that are used for the ears to give them their shape. The pink of the ears are just a couple of 1×2 plates. Both of the ears are on hinges so they can be angled in various angles. 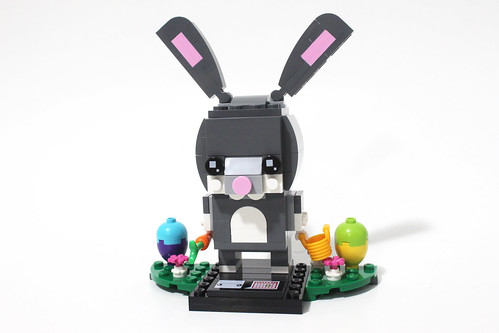 The body is pretty simple and it uses a rounded white brick for the belly and covered up with a dark gray 1×4 arch. The hands are just a couple of 1×2 plates with clips while the tail uses a voodoo ball. 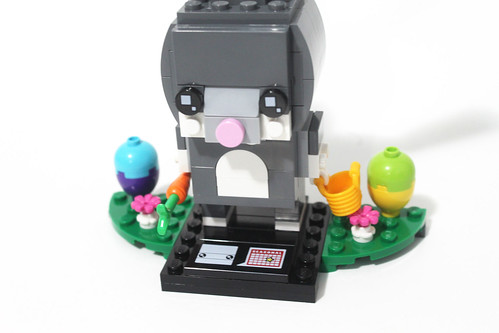 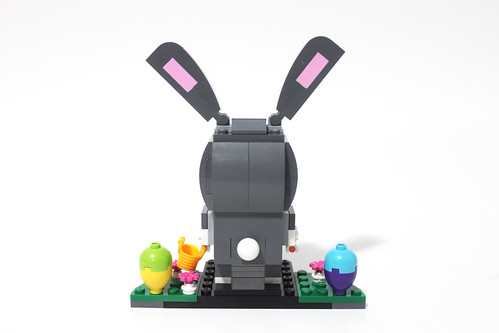 The accessories for the Easter Bunny include a carrot and a basket. It also comes with a stand with some grassy areas on each side of it. Like with the Valentine’s Bee (40270), the front of the stand has has the new seasonal calendar printing on the 2×4 tile. 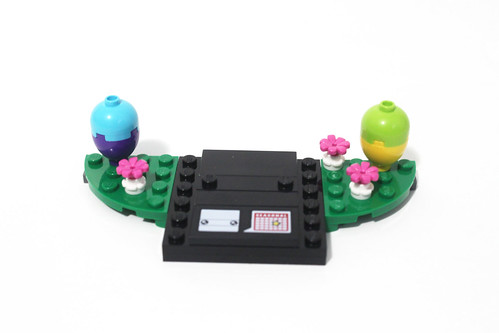 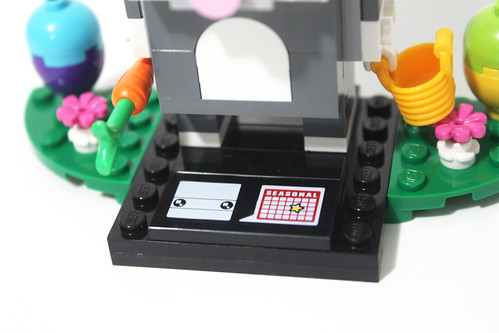 The grassy areas have a couple of flowers as well as some colored eggs on each side. I added an extra flower to the back because there were extra pieces included with the set to make one. 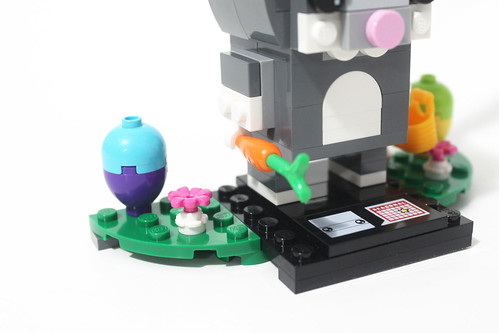 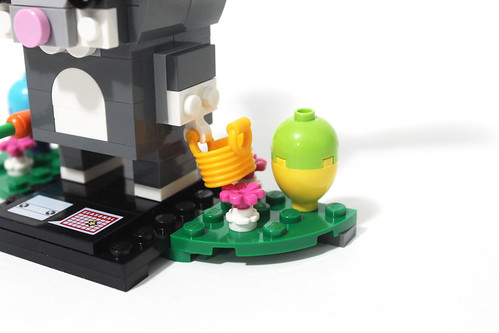 The LEGO BrickHeadz Seasonal Easter Bunny (40271) is a cute set but I feel it’s not up to par as the Valentine’s Bee from last month. The overall look of it is decent but the front teeth is what bothers me the most. 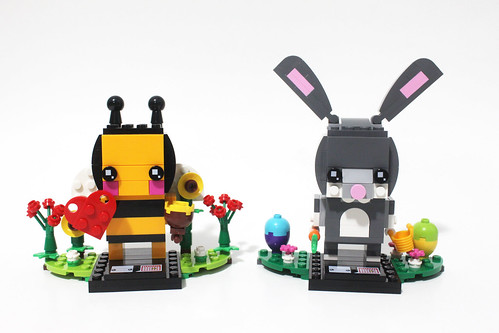 If you’re a fan of the BrickHeadz theme, you’ll probably end up getting it anyways but for the casual collector of these sets, I would suggest getting it when it goes on sale if you’re not in a hurry but it does make a decent Easter gift as well.

The next LEGO Seasonal BrickHeadz set won’t be available until September which is the Witch (40272) as shown on the back of the instructions. 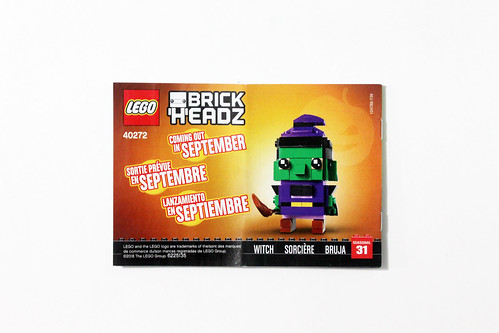