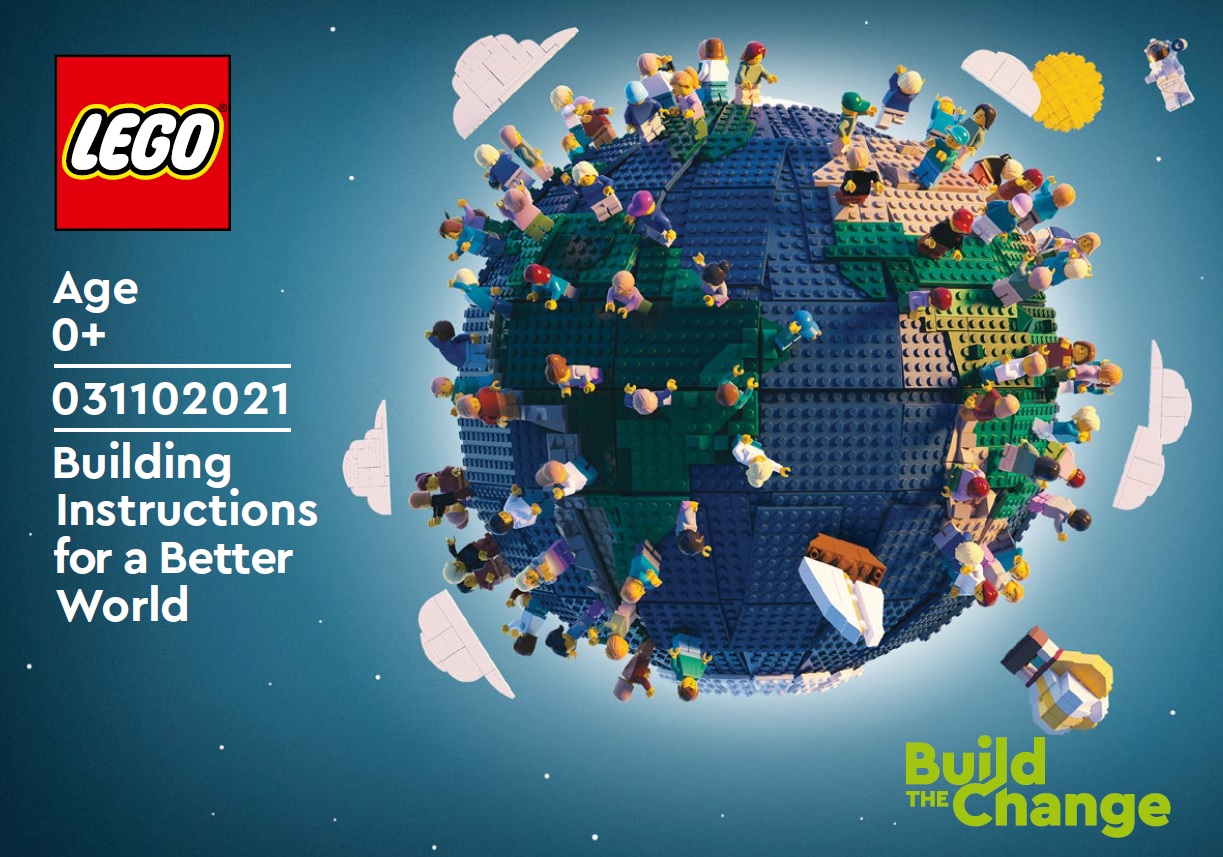 At 2021 United Nations Climate Change Conference (COP26), children called for action on climate change. The LEGO Group asks world leaders to consider children’s view on climate change. LEGO has created some Building Instructions for a Better World (031102021) for policy makers to remind leaders to place children at the forefront of discussions. These instructions are what kids think should happen if we are to face climate crisis and create a more sustainable future. 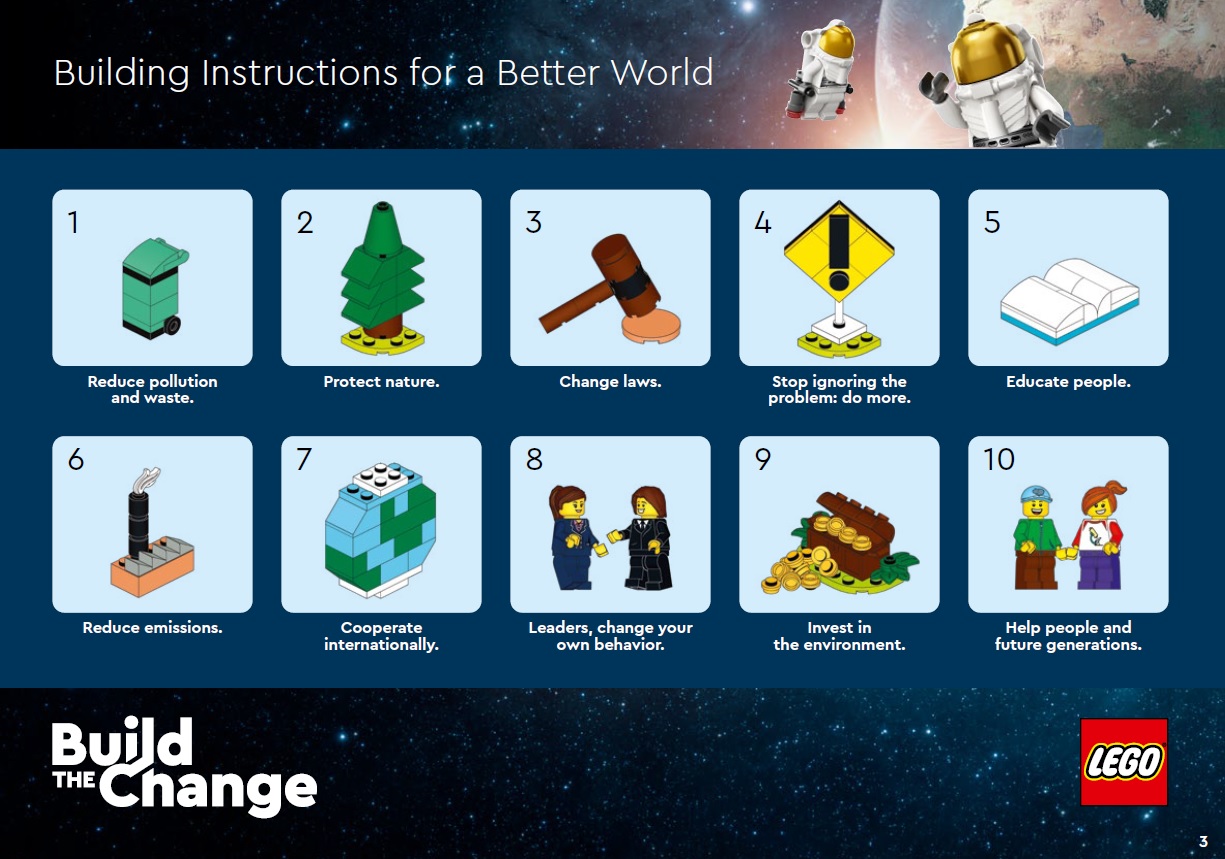 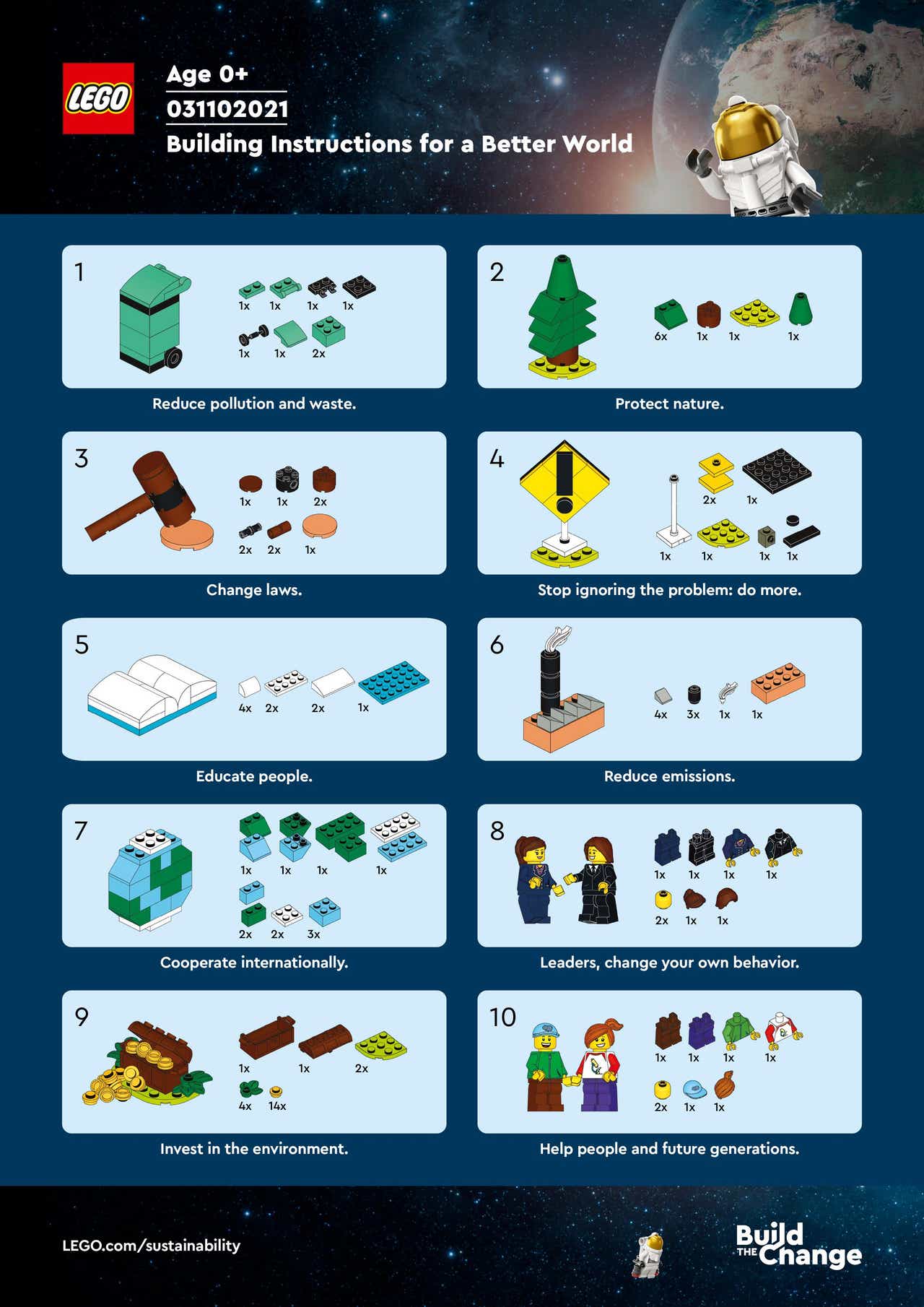 Children call for action on climate change at COP26

The LEGO Group urges world leaders to take note of children’s views on addressing climate change; provides a voice for 6,000 young people across the globe.

Billund, October 28, 2021: Today, the LEGO Group has launched ten ‘Building Instructions for a Better World‘, informing leaders what young people think should happen if we’re to tackle the climate crisis and create a more sustainable future. Reflecting the accessible style of the building instructions that accompany LEGO products, these ten requests of policy makers were identified through research with children from across the globe, helping to give young people a greater voice in the debate on climate change.

At COP26 (UN Climate Change Conference of the Parties), key sustainability influencers and decision makers will come together in Glasgow to accelerate action towards the goals of the Paris Agreement and the UN Framework Convention on Climate Change. It’s hoped that the LEGO building instructions, which will be handed over to policy makers at the event, will help remind leaders to place children at the forefront of discussions.

The building instructions underline the responsibility of decision makers to deliver on climate change for those who will be most affected – the next generation. The initiative forms part of the LEGO Group’s wider sustainability ambitions, which includes significant investment in making its products and operations more sustainable. The company is also committed in using learning through play to inspire children to help build a sustainable future.

Developed as part of the LEGO Group’s ‘Build the Change’ programme, the ten building instructions are based on research and workshops with over 6,000 8-18-year-olds worldwide. The research showed that:

• 48% of children think about the environment once a week, with 11% thinking about it daily.
• Global warming is now the number one children’s concern when thinking about the planet and people
• 68% of children want a job that will not harm the environment and 51% want to pursue a career that actively improves the environment. However, they may not yet know what is required to do so.
• Caregivers – such as parents – and teachers are the greatest influencers of children on environmental attitudes and behaviors, but children are missing positive role models from world leaders. As they get older they’re increasingly more frustrated by what they see as governmental and societal inaction and poor example setting.
• 60% of children believe it’s not too late to save the planet – if we make changes now.
• When asked about changes they would like to see through open field comments, children also mentioned the need for better environmental education for people of all ages.

Tim Brooks, VP of Environmental Responsibility at the LEGO Group said: “At the LEGO Group, we’re working hard to play our part in building a sustainable future and creating a better world for our children to inherit. We have joined forces with young people across the globe to develop the Building Instructions for a Better World, giving children a voice and making sure their voice is heard by world leaders during COP26 – one of the most important climate summits of our time. Children are demanding that they and future generations are front of mind when it comes to creating policy, and that policy makers and businesses all make the shift to longer-term thinking and commitments to change. This is how we’ll inspire and empower the children of today to become the builders of tomorrow.”

Through the research process children were asked ‘what three instructions would you give world leaders to protect our planet from climate change?’ While not all of these ideas might be seen as realistic in grown-ups’ eyes, within them lie the sparks of inspiration that scientists, policy makers, urban planners, architects, and others may need to adapt to help reverse the effects of the climate crisis. The resulting building instructions, which can be read in full here, cover:

1. Take steps to reduce pollution and waste
2. Increase the focus on protecting nature
3. Change laws and regulations around sustainability
4. Stop ignoring the problem: Do more
5. Educate people of all ages
6. Introduce programmes to reduce emissions
7. Co-operate internationally to share knowledge and solutions
8. Leaders, change your own behavior and set examples
9. Invest more in protecting the environment
10. Help people and future generations

‘Build the Change’ is the LEGO Group’s flagship learning through play program for sustainability education. This will also be the theme for the LEGO Group’s presence at COP26 in Glasgow where the company is running a series of events at Strathclyde University.

The LEGO Group will be hosting workshops for nearby schools, with a range of circular economy and bio-diversity-themed events for children to participate in. It will also host a series of talks geared towards the younger generation, in which speakers will discuss the importance of learning through play. Young Journalists from the Creative Bravery Collective will also be invited to report on the workshops and interview speakers to be included in in a daily digital newspaper produced by the Brave Newspaper for the duration of the summit.

The LEGO Group will be running multiple events in its Glasgow and Edinburgh LEGO stores, including challenges for children to conceptualize solutions to biodiversity challenges using LEGO bricks. LEGO store colleagues will be specially trained in having relevant conversations with the children taking part in these Build the Change challenges. The best builds will be exhibited in store during COP26, available to view from the 1st November. 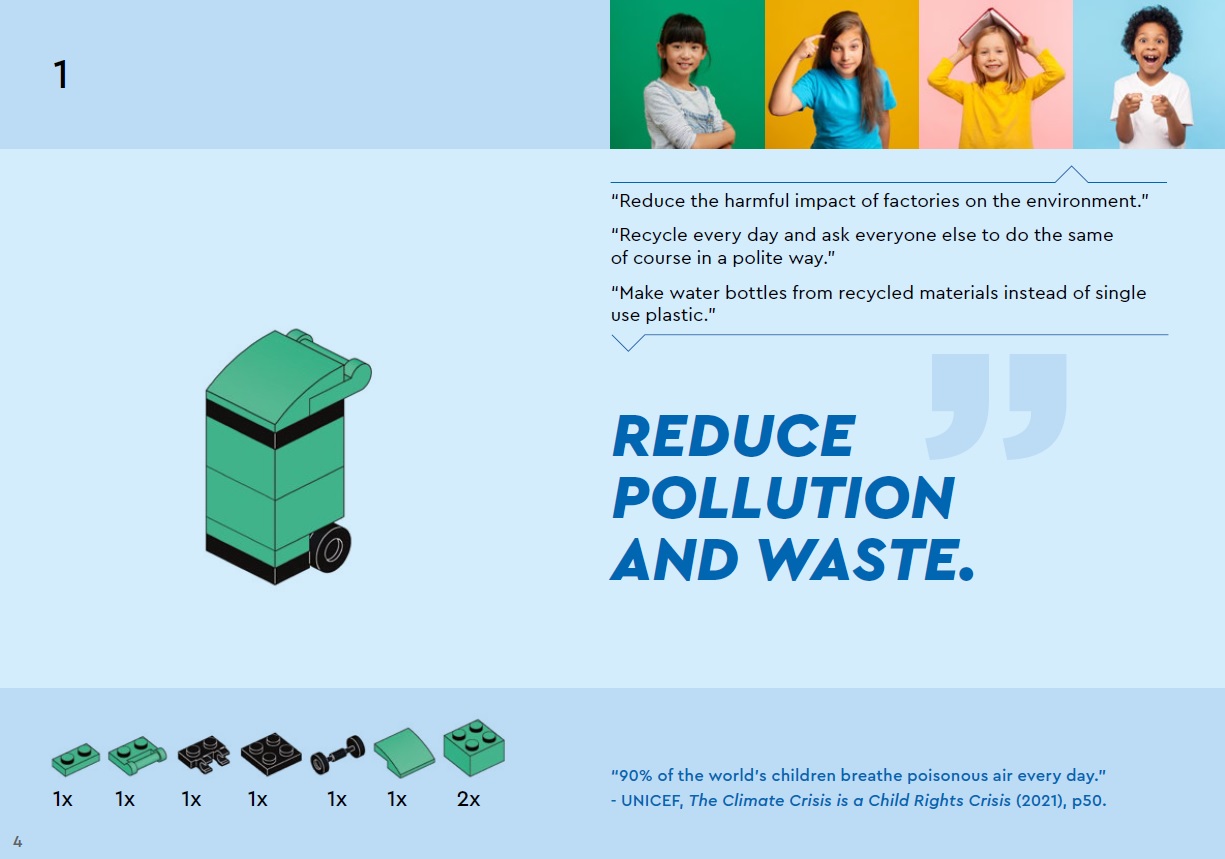 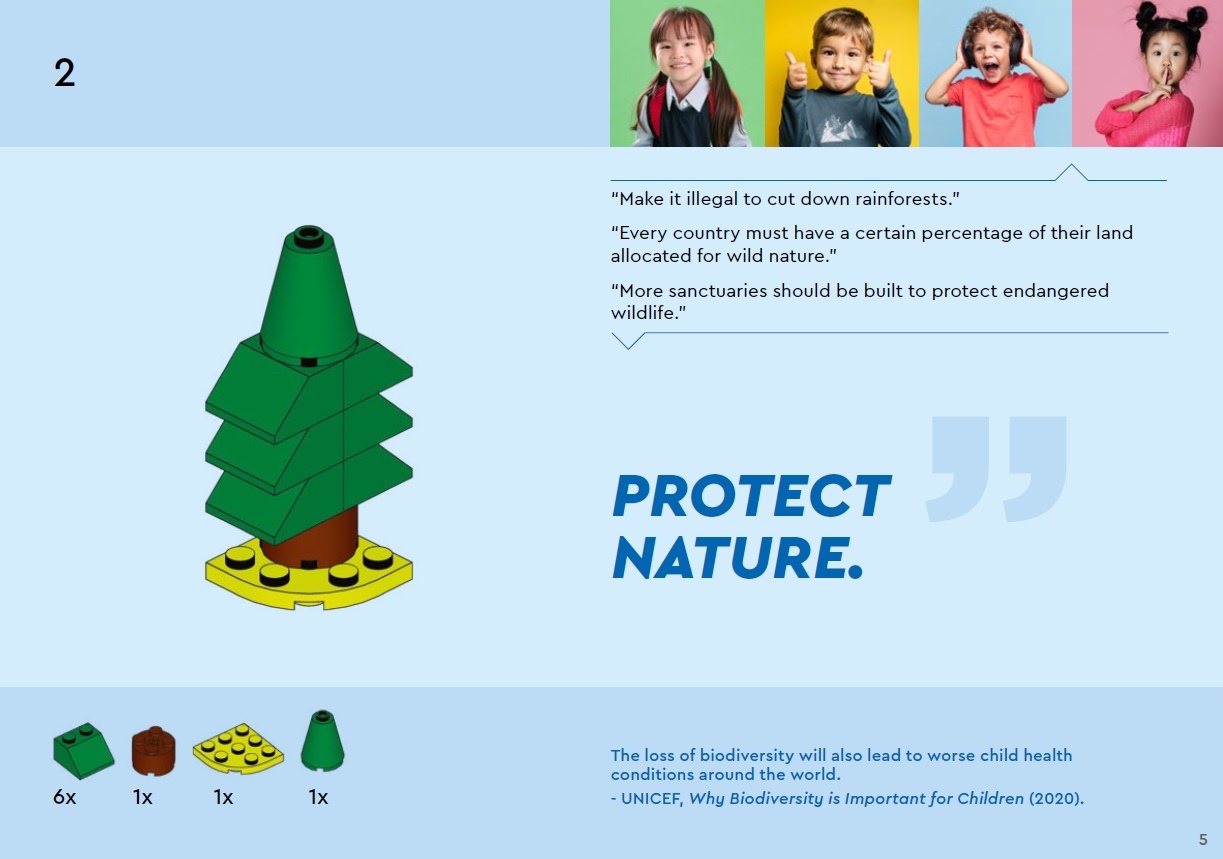 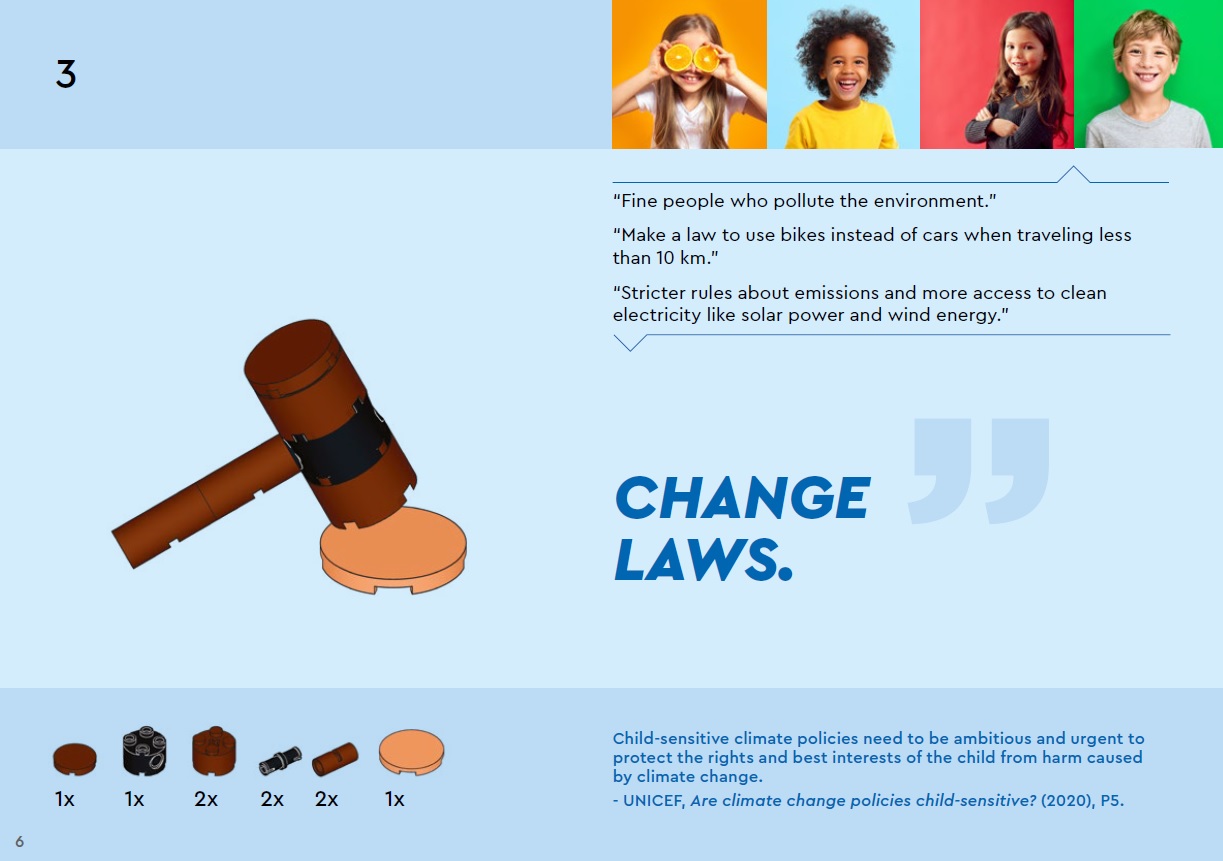 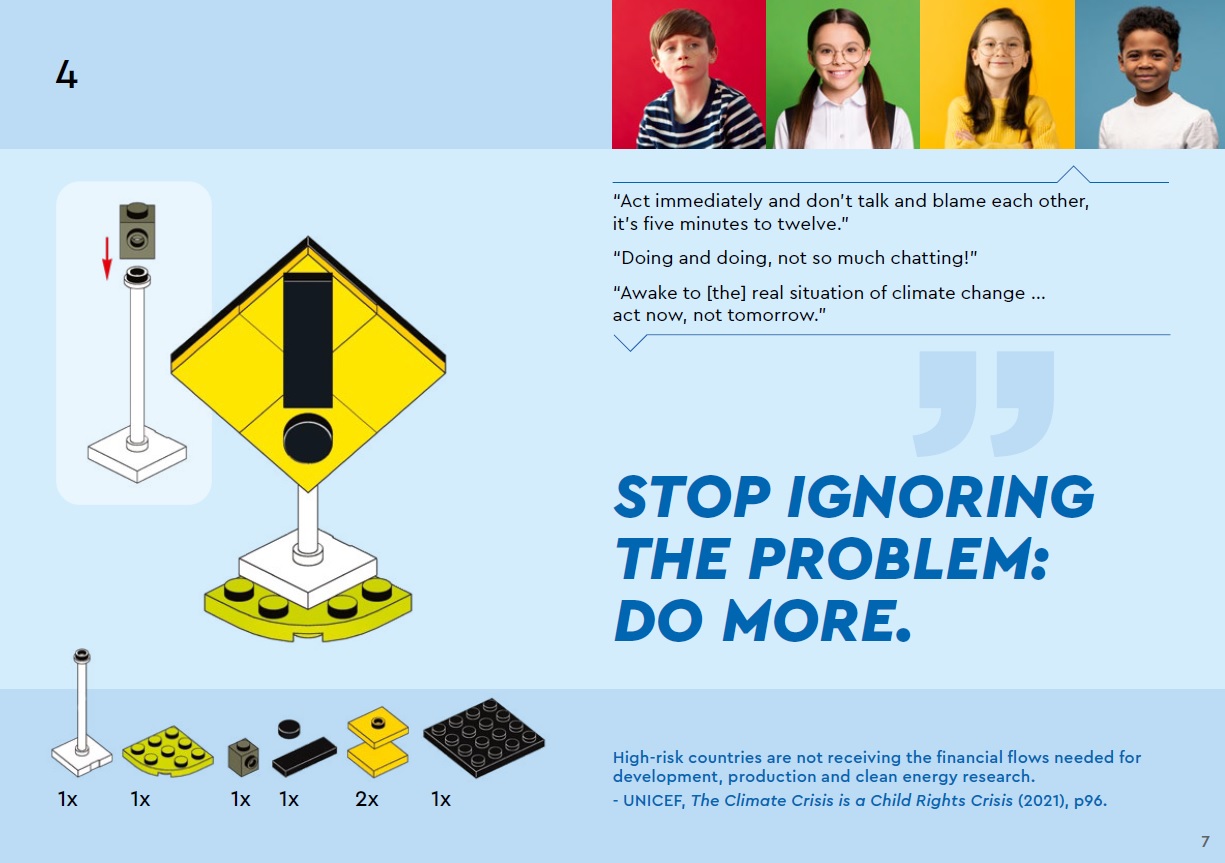 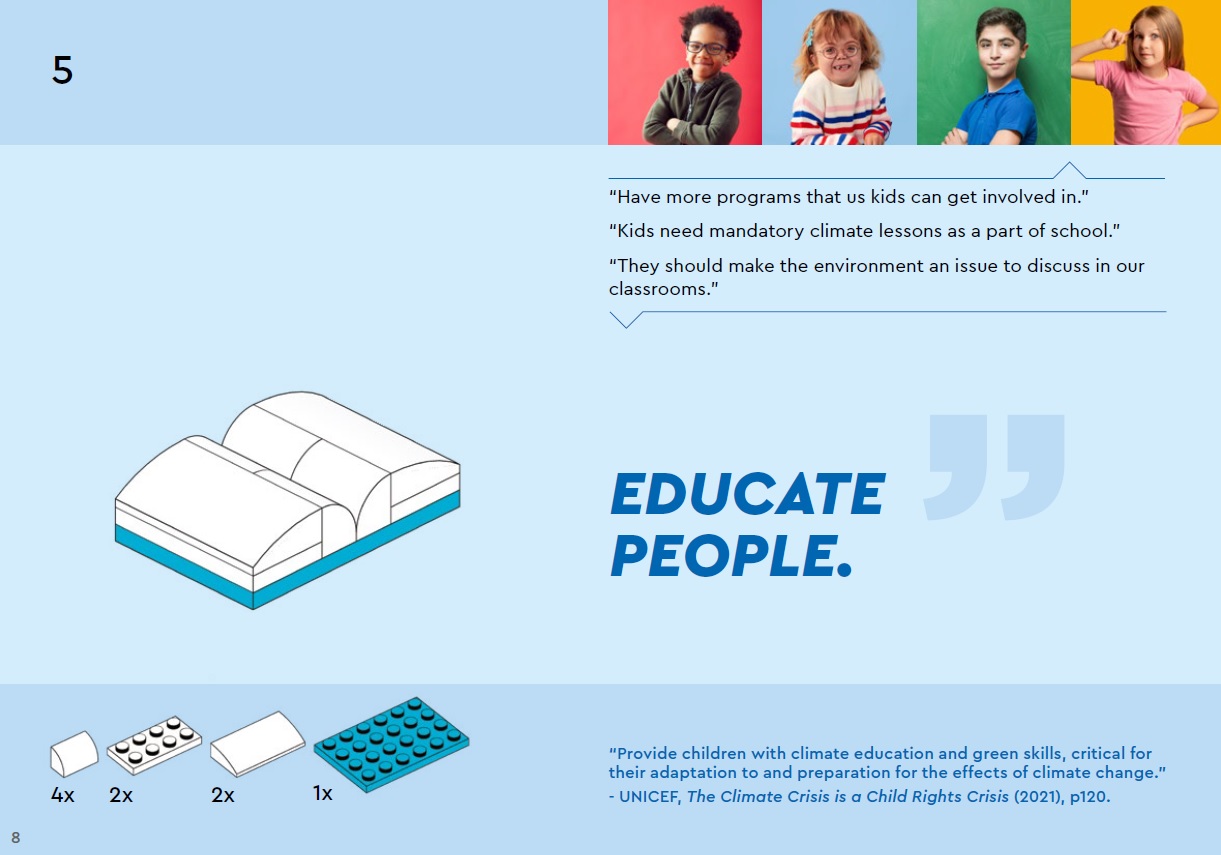 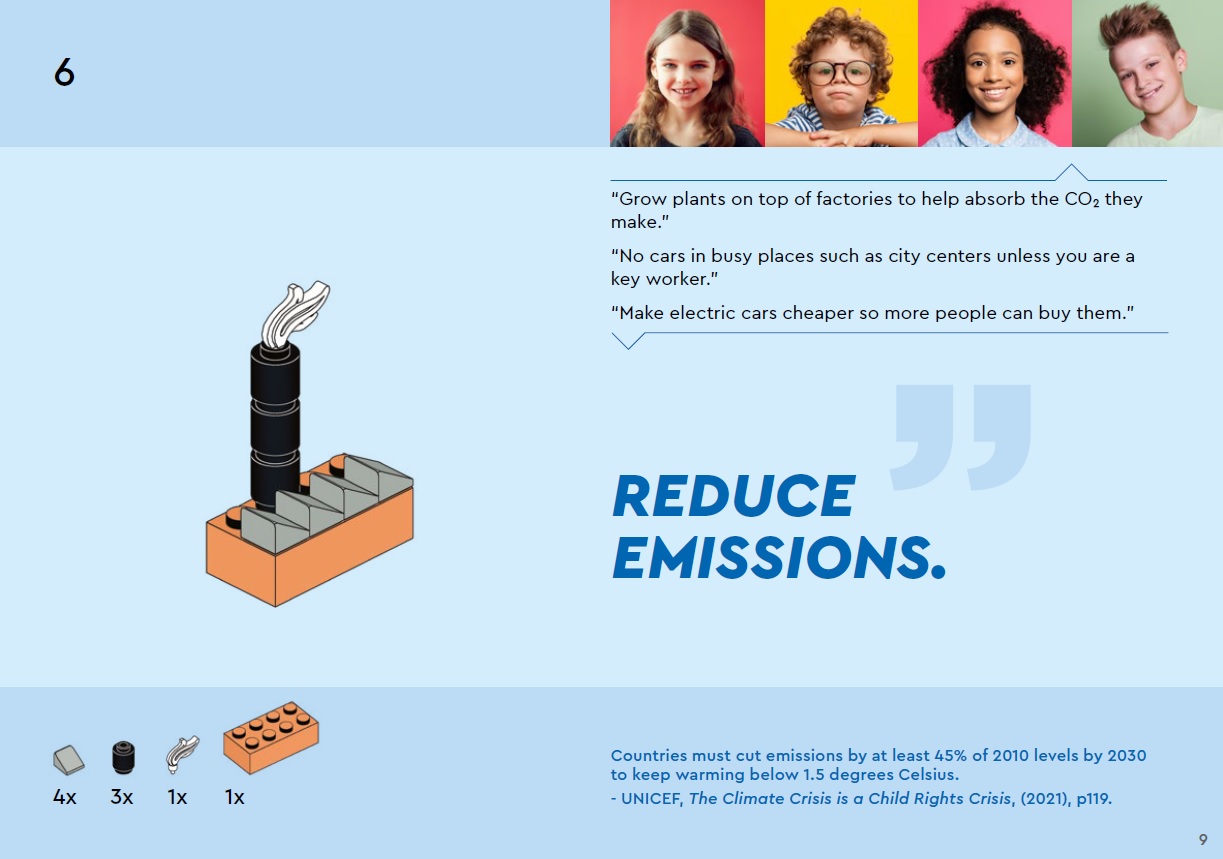 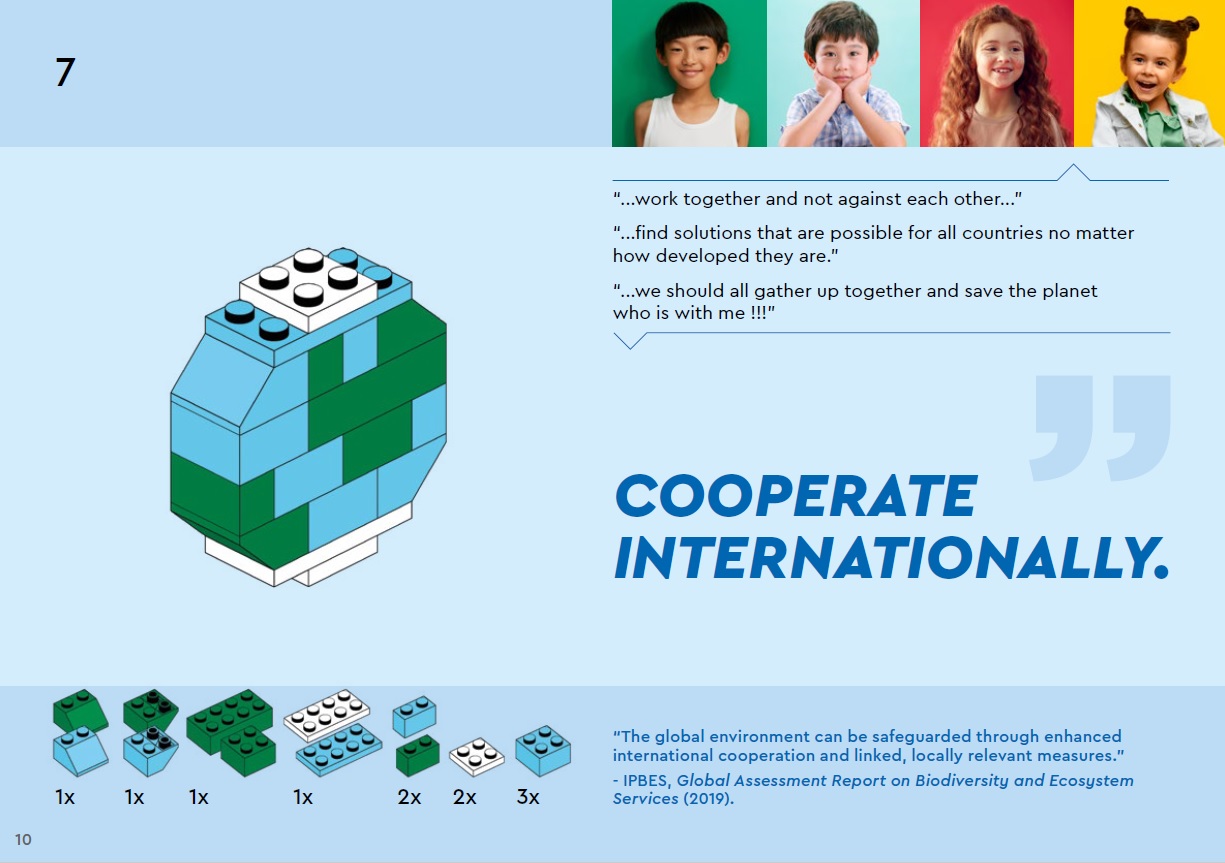 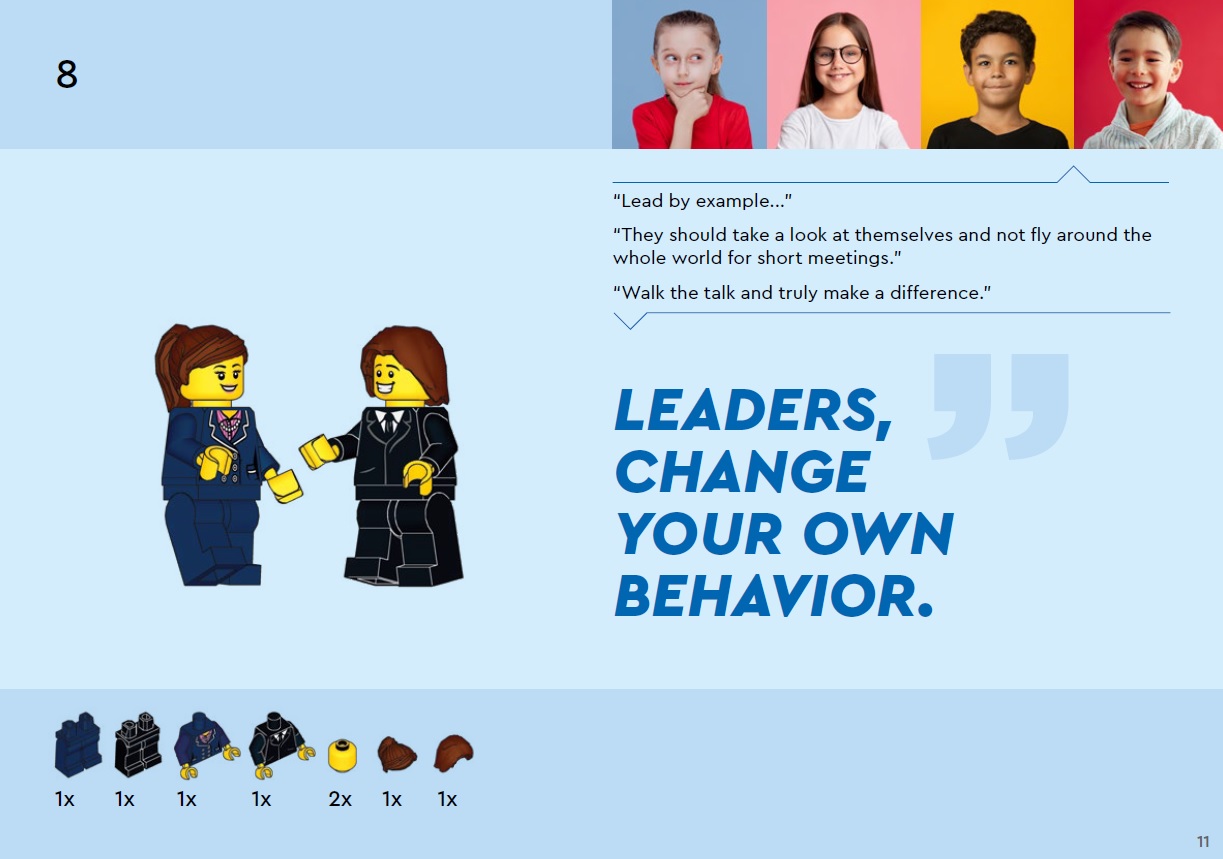 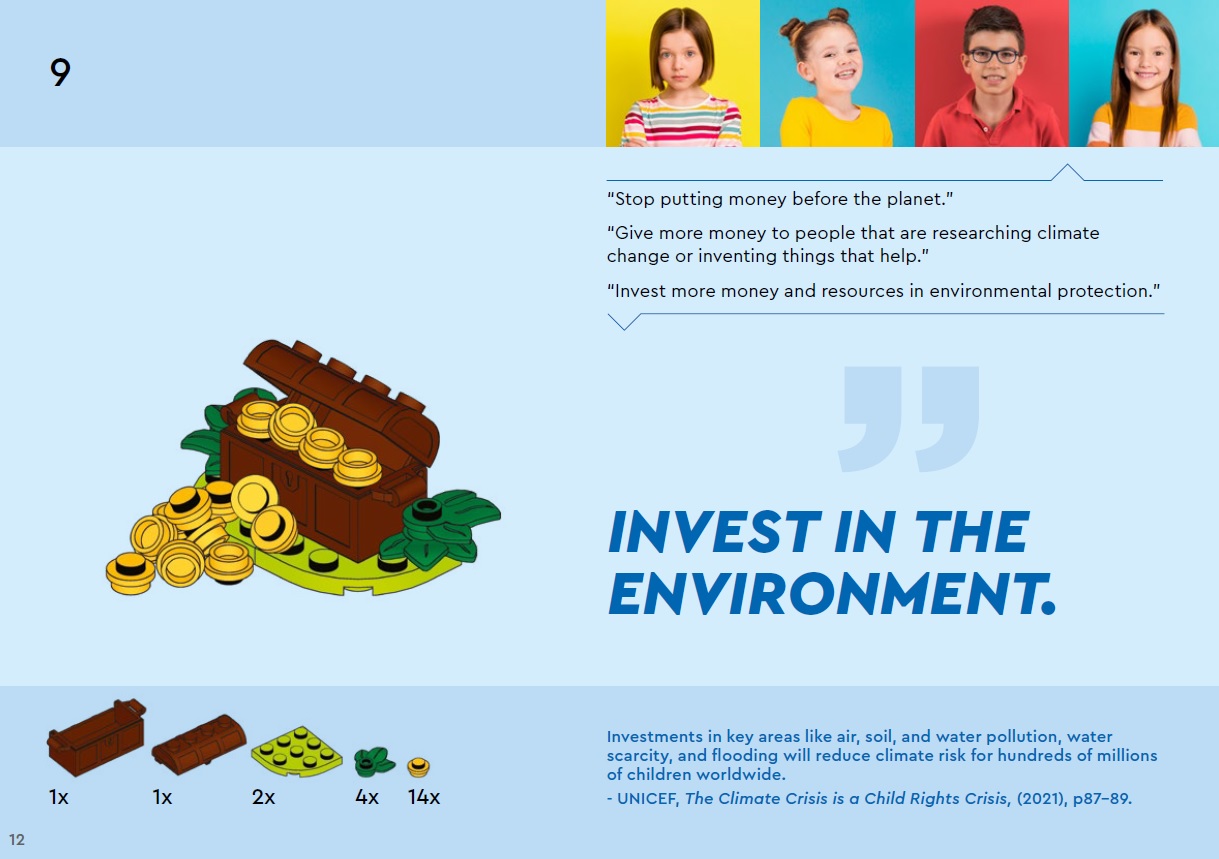 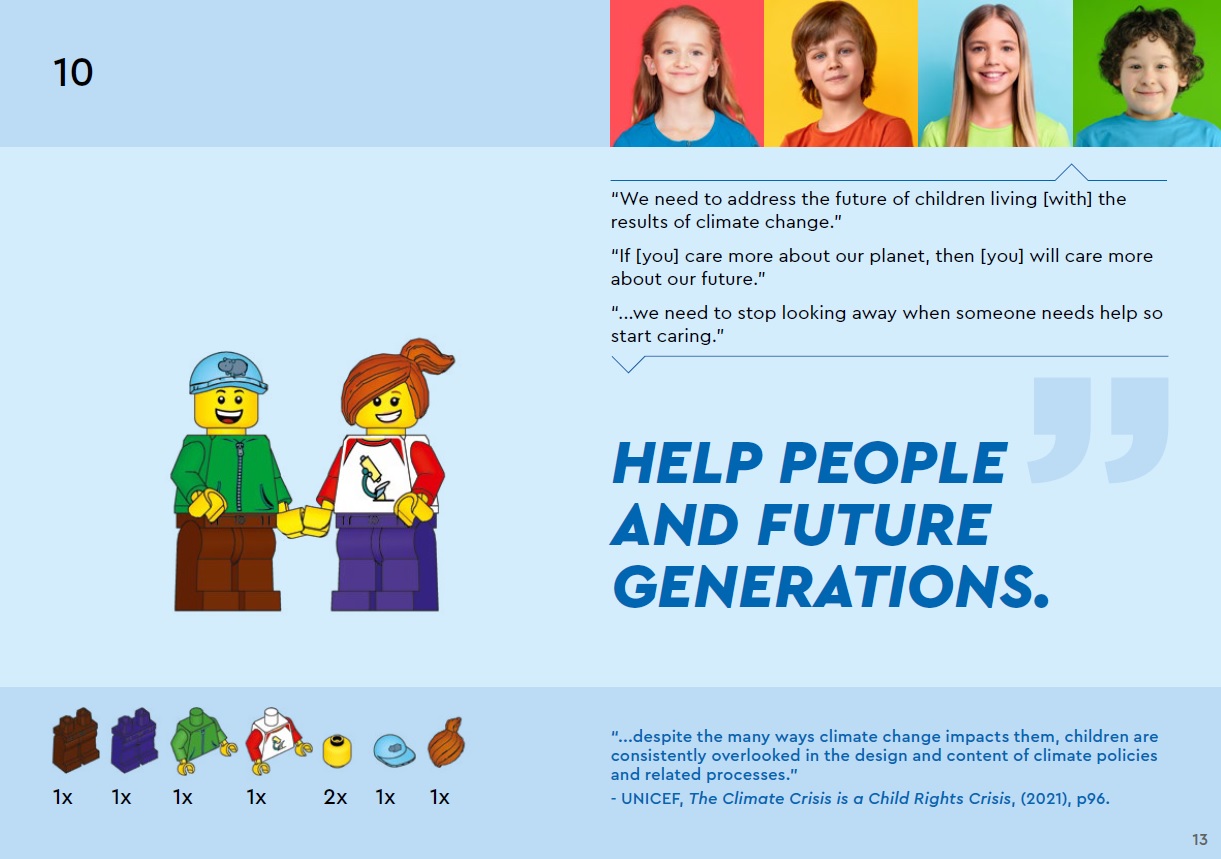