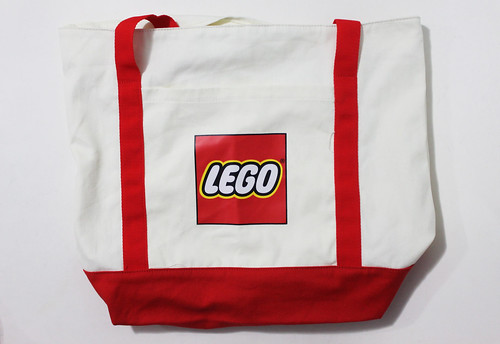 Starting tomorrow, LEGO will be starting a new promotion until the end of the month for an exclusive Canvas Tote Bag. You can get it for free with purchases of $199 or more in LEGO Stores.

For the Canvas Tote Bag itself, it’s your typical full-sized, creme/white colored bag with the LEGO logo branding on one side. The material used for the logo seems to be a decent quality and should be able to withstand multiple uses.

For the compartments, you have the main one which is quite large for normal items like books or a laptop. I was able to fit TLBM Batwing box into it but that is about as much as you can fit into it if you are using it to buy more LEGO. There is also a smaller pocket where the LEGO logo is.

Overall, the new LEGO Canvas Tote Bag is the largest promotional giveaways I’ve seen since coming back to LEGO. The main deterrent is not the bag itself but the high qualifying purchase you have to make to get it. The last tote bag that LEGO released was back in 2011 so it’s nice to see another gear item. Again, it will only be available at LEGO Stores starting on June 15-30 while supplies last. Thank you to the LEGO Affiliate Team for sending this item in.

Update: It looks like LEGO is offering the Canvas Tote Bag on [email protected] when you make a purchase of $199 or more. To redeem the offer, enter the code JUNE at checkout. The promotional period runs through June 30 or while supplies last. 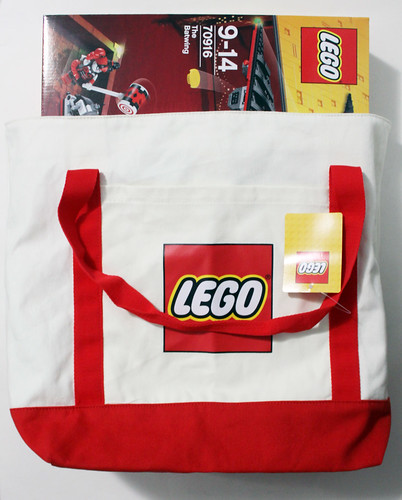