LEGO Celebrates International Day of the Girl 2022 with New Campaign 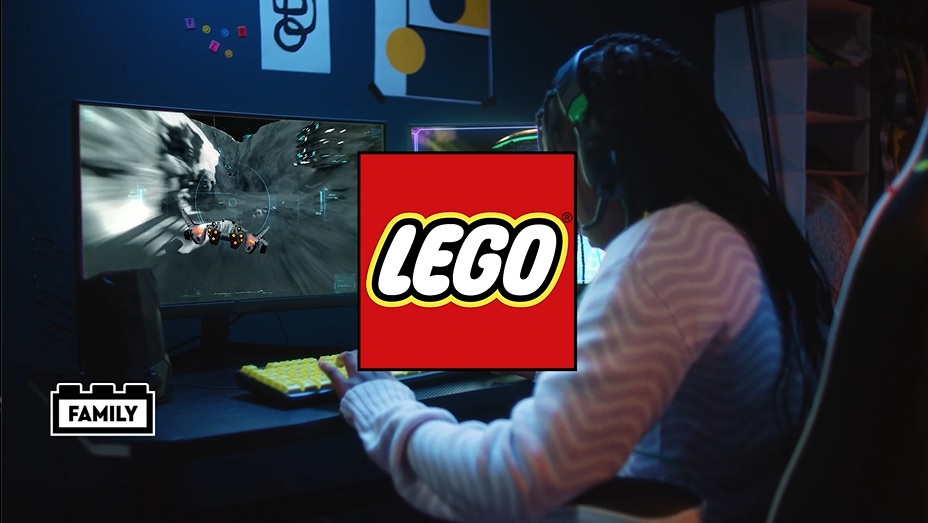 LEGO celebrates International Day of the Girl with a new campaign encouraging girls to stay curious about STEAM subjects and careers. The campaign is to discourage misconceptions that girls don’t aren’t interested in STEAM fields. LEGO has launched a new campaign called Let’s Keep Them Curious! which includes 5 LEGO play STEAM building activities.

Billund, October 11th, 2022: The LEGO Group marks International Day of the Girl with a new campaign to encourage girls to stay curious about STEAM subjects and careers. New and sobering statistics from the Geena Davis Institute on Gender in Media and the LEGO Group show girls are still discouraged from STEAM fields from a young age when play is often gender stereotyped.

For example, one statistic in the “Geena Davis Institute LEGO® Creativity Study” shows 80% of boys are encouraged to code at a young age, compared with only 20% of girls. Furthermore, when asked, children as young as six think girls don’t like science. These misconceptions extend into the teen years and adulthood and contribute to the gender gap within STEAM related careers.

To help combat these misconceptions, the LEGO Group is launching an online campaign called ‘Let’s Keep them Curious!’ that includes 5 STEAM play activities which aim to inspire parents to continue to nurture girls’ interests in STEAM by exploring fun LEGO® brick challenges.

“We know that girls and women excel in STEAM when they set their minds to it. Today half of the participants of the FIRST LEGO® League robotics competition are girls. But they are still under-represented in STEAM careers because from a young age they can be encouraged to explore other interests. We want to change that mindset for future generations – so the world can benefit from having more girls in STEAM.” said Carolina Teixeira, Global Brand Marketing Director, Purpose and Inclusion, the LEGO Group.

The LEGO Play Well Study 2022 found that most parents believe their child, regardless of gender, can do any job they want (88%), but that there is a self-perpetuating cycle within STEAM play. Because mothers are less likely to have been encouraged to follow a career in STEM than fathers (54% vs 69%) they consequently become less likely to encourage their own children to work in STEM (69% vs 78)3.

“Closing the gender gap within STEAM careers starts with closing the gender gap within STEAM play. The LEGO Foundation believes that all children have the right to learn and play – as a vehicle to unleash creative potential and build vital skills – essential for the future workforce.” outlines Ida Thyregod, Team Leader for Strategic Partnerships at the LEGO Foundation.

We know from extensive research that learning through play plays a significant part in closing opportunity and inclusion gaps for instance in early education. A future with more women at the table in STEAM will be a more equitable future with a balance of voices and perspectives.”

When asked about the significance of play, 9 in 10 (88%) parents say that play is important in helping children learn new things, which is nearly as much as the role of school. Most parents (80%) believe that LEGO play can help develop STEM skills.

Moreover, children love and acknowledge the value of LEGO play and think that it’s fun (97%) and makes them happy (96%). While 7 in 10 children also say that they love learning new things through play.

Partnership with the Obama Foundation
Beyond STEAM activities, the LEGO Group is also committed to unlocking girls’ access to education opportunities by donating US $120,000 to the Girls Opportunity Alliance, a program of the Obama Foundation, in support of their efforts to help adolescent girls and the grassroots leaders working to educate them.

“We are thrilled that the LEGO Group has joined our alliance of partners who are united in our efforts to ensure all girls are empowered with the resources they need to achieve their dreams,” said Tiffany Drake, Vice President and Executive Director of the Girls Opportunity Alliance. “We know that when you educate girls, our entire world benefits.”

Get Involved
Children who want to join in on the fun are encouraged to try the 5 STEAM play activities and build a Mars Rover, cross a bridge, or construct a skyscraper and more. Find the STEAM activities on LEGO.com/categories/stem/girls-in-stem.