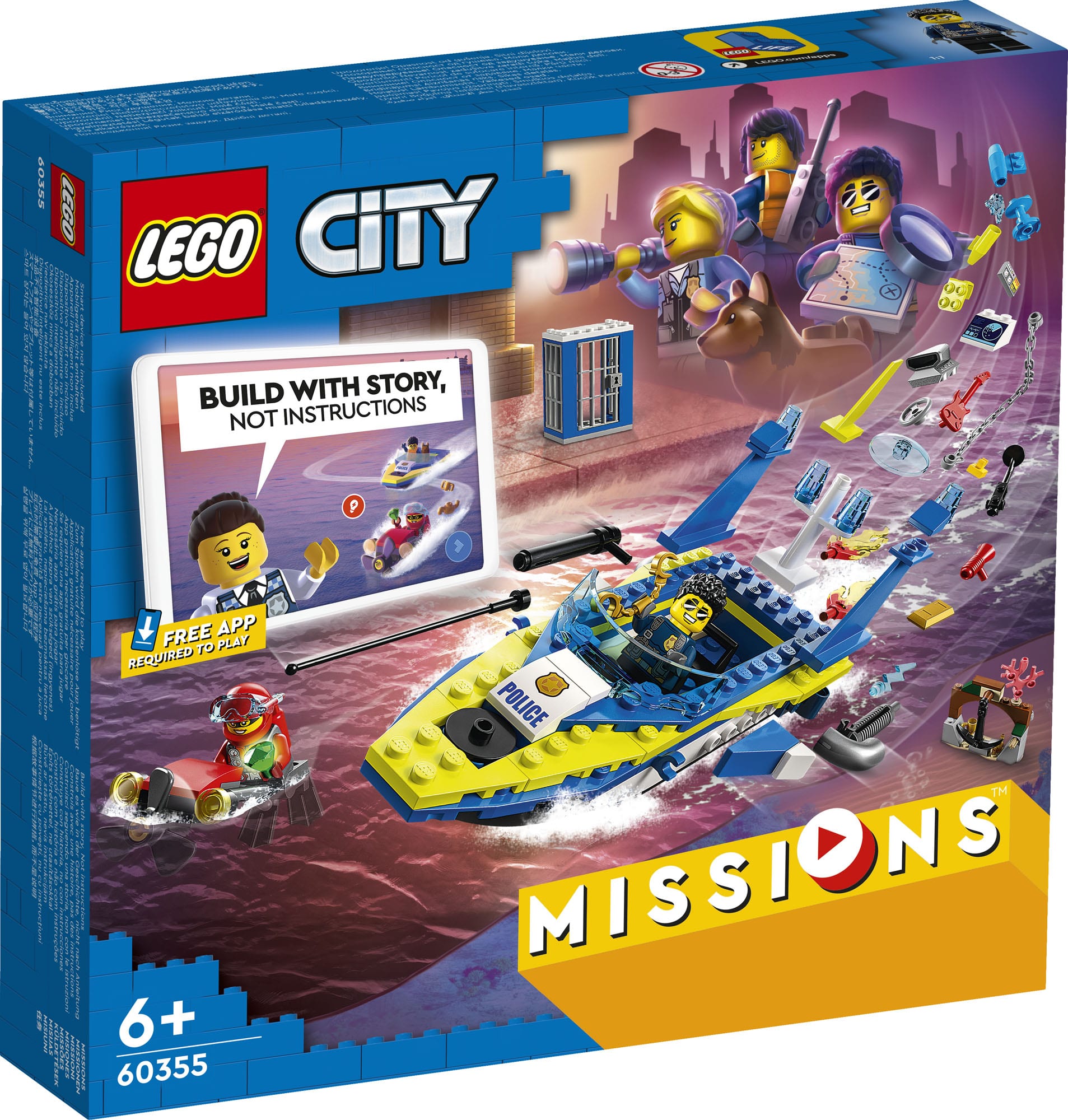 LEGO has officially announced LEGO City Missions which allows builders an interactive experience by creating their own builds. LEGO City Missions is a story-led building adventure that is instruction-free and allows children build using their imagination. Releasing on June 1, the three sets costs $39.99 each and will require a smartphone or tablet to use the LEGO Building Instructions app.

Billund, Denmark, May 10, 2022: The LEGO Group today announces a unique, interactive experience for budding designers to be able to create their own creations with LEGO® City Missions.

Time to roll-up your sleeves and forget about traditional LEGO building instructions – this new experience will take you on a story-led building journey – putting imagination and creative experimentation to the test. It’s the latest innovation from LEGO City that lets children dive into an awesome world of interactive adventures and missions to be solved through instruction-free building challenges and engagement with on-screen characters.

LEGO City Missions launches with three new sets based on animal rescue, space exploration and police detective mysteries. Each model is accompanied by an interactive story, with each story containing eight distinctive missions. Children will be given inspiration for core model builds, which they will then be encouraged to constantly rebuild and adapt to the different scenarios, prompts and missions they encounter throughout each story.

“The team behind LEGO CITY Missions wanted to explore a new route to celebrate children’s imagination and let their creativity flourish during LEGO building. We know from talking with children and their parents that creative confidence is key to children’s wellbeing and with this new product our aim is to help every child recognise and be proud of their unique creations”. Says Lillie Ann Talbott, Design Strategist, Creative Play Lab at the LEGO Group

Mikkel Lee, Story Innovation Lead, Creative Play Lab at the LEGO Group adds “we want every child to know that there is no right or wrong, and that only their imagination sets the limit to what they build. With LEGO City Missions we’ve worked hard to ensure a strong balance of storytelling to get children started on their builds but also to give them open tasks to complete and allow for individual interpretation. Throughout our testing we’re constantly reminded that children are creative geniuses, and so we really can’t wait to see what they come up with!

Using a QR code inside the box, the interactive stories are accessed via the LEGO Digital Building Instructions app.

Children looking for new ways to build and challenge their inner design skills will love these new products, mastering endless hours of creative play where only the imagination sets the limit to the models built for each mission.

• The LEGO City Wild Animal Rescue Missions set lets children build and create to save the day. Utilizing the core model, the rescue pick-up truck, kids will be able to rebuild and accessorize their set as they solve missions throughout the story. Through the digital stories, kids will play the lead by interacting with onscreen characters such as Westbrook, Jessica Sharpe and Fendrich to solve challenges throughout their build experience and rescue animals around town from sticky situations.
• LEGO CITY Mars Spacecraft Exploration Missions build launches children on a thrilling adventure aboard the space shuttle to explore Mars! Grab the spacecraft to customize and complete fun missions through the digital story provided. Featuring Astronaut Lt. Rivera and Dr. Wexler, children will find endless joy and excitement as they work with these in-app characters to explore space and Mars.
• LEGO City Water Police Detective Missions gives children an opportunity to join the LEGO CITY Police team and solve the ocean mystery. Children will customize the police boat with accessories like a camera, trophy, diver mask, handcuffs, walkie-talkie and more to play detective and work with favorite characters like Chief Wheeler and Gracie Goodhart to accomplish tasks at hand. And don’t forget to grab your favorite furry pal to help with the job.

With each adventure chosen by children, featuring different missions, there is ample opportunity for them to be the heroes of the story. Using the power of storytelling to ignite imagination, with the LEGO bricks provided, children can extend the physical play experience as they build and rebuild continuously.

These new sets will be available at select retailers from June 1st globally, excluding China with a recommended retail price of 29.99 EUR/39.99 USD.

A smartphone or tablet with the LEGO Building Instructions app installed is required to play LEGO CITY Missions. 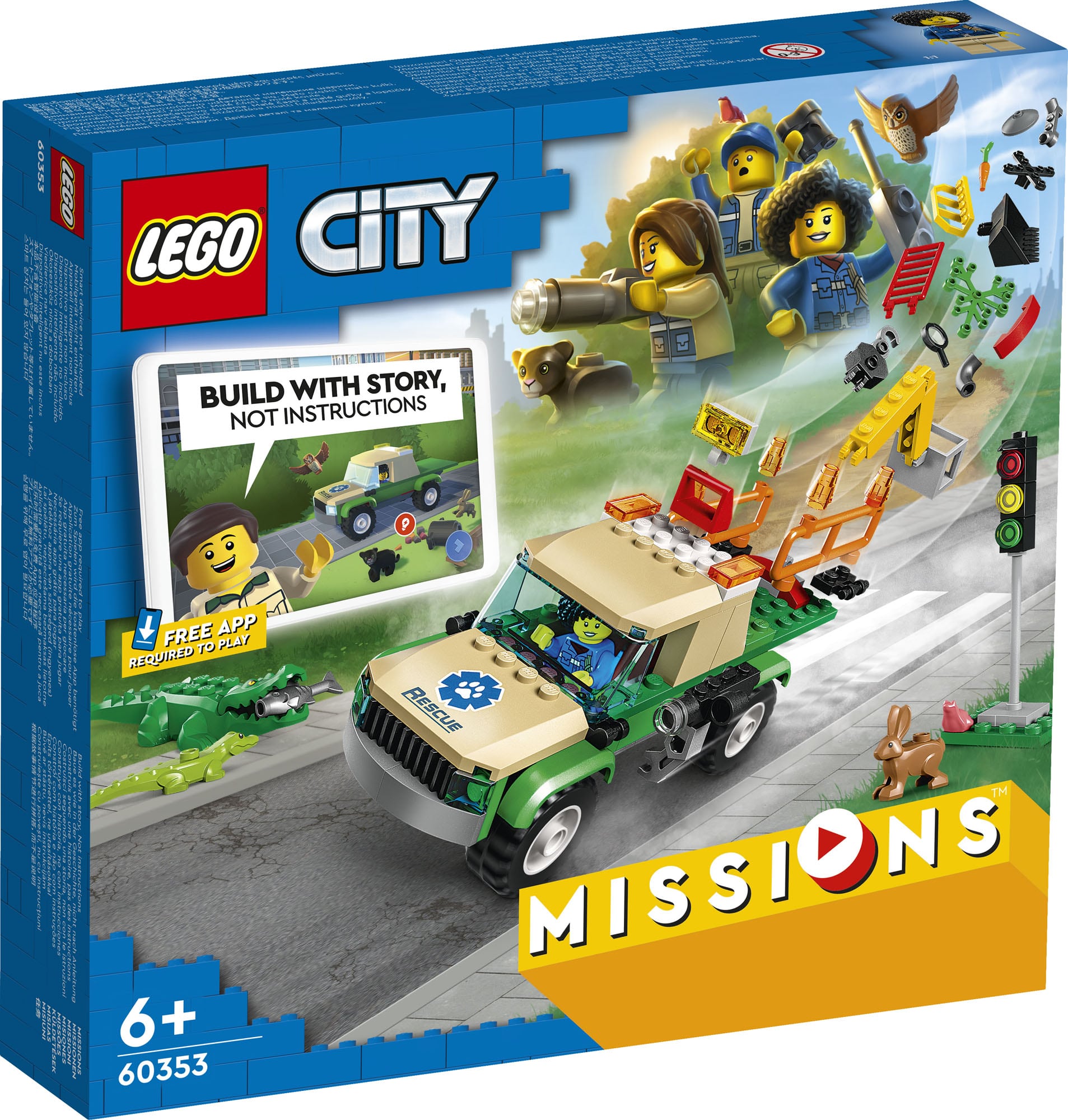 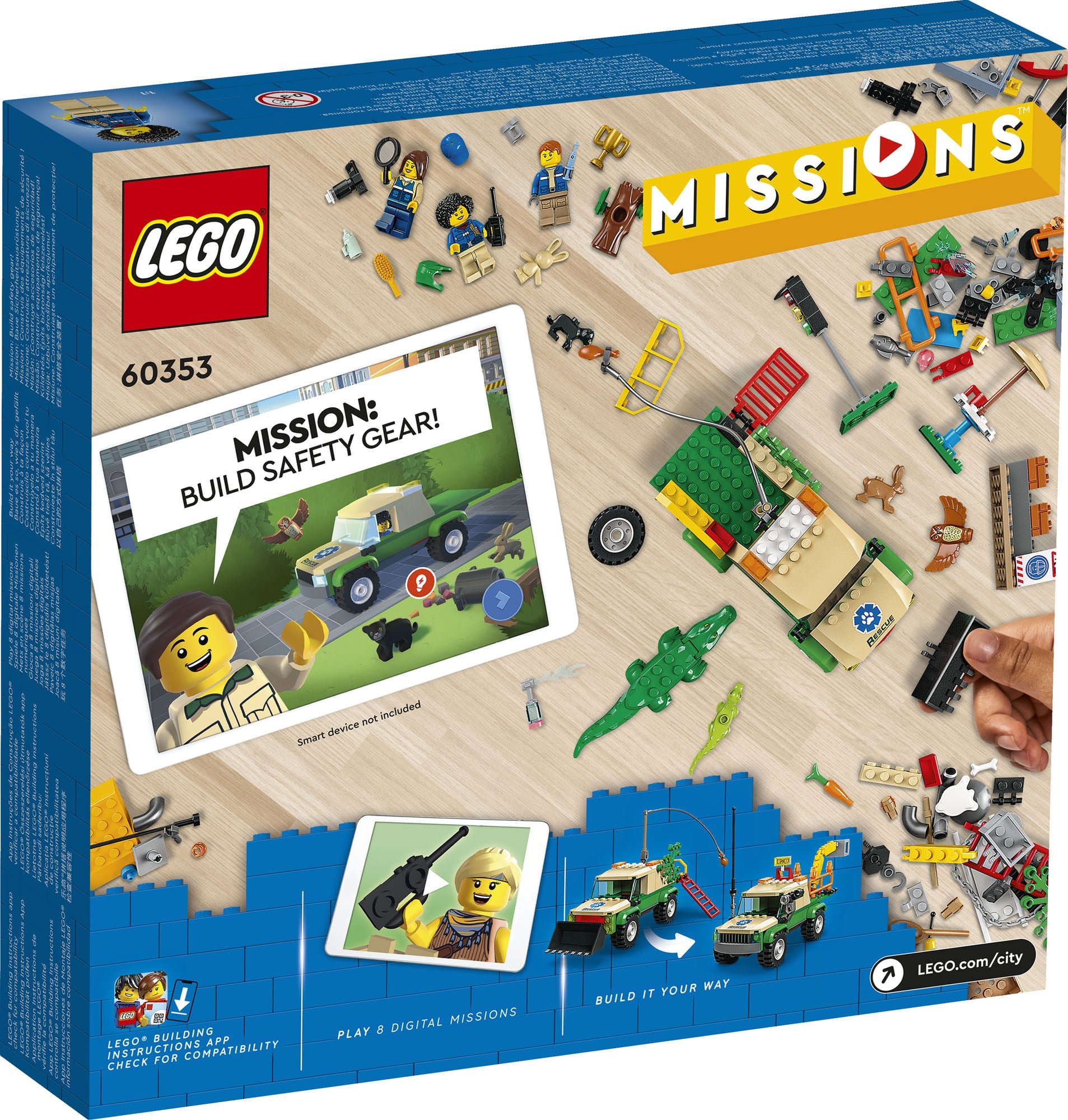 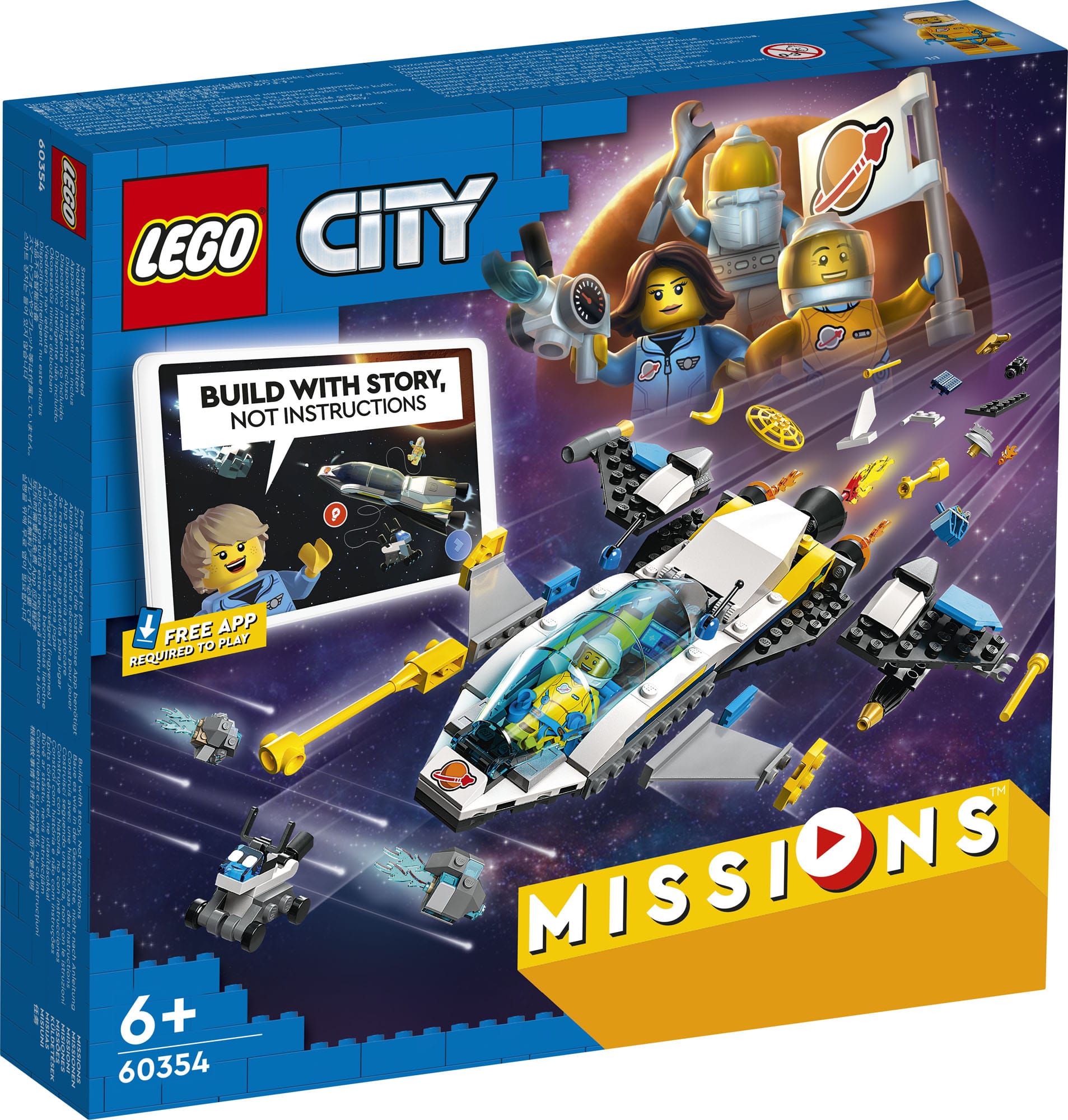 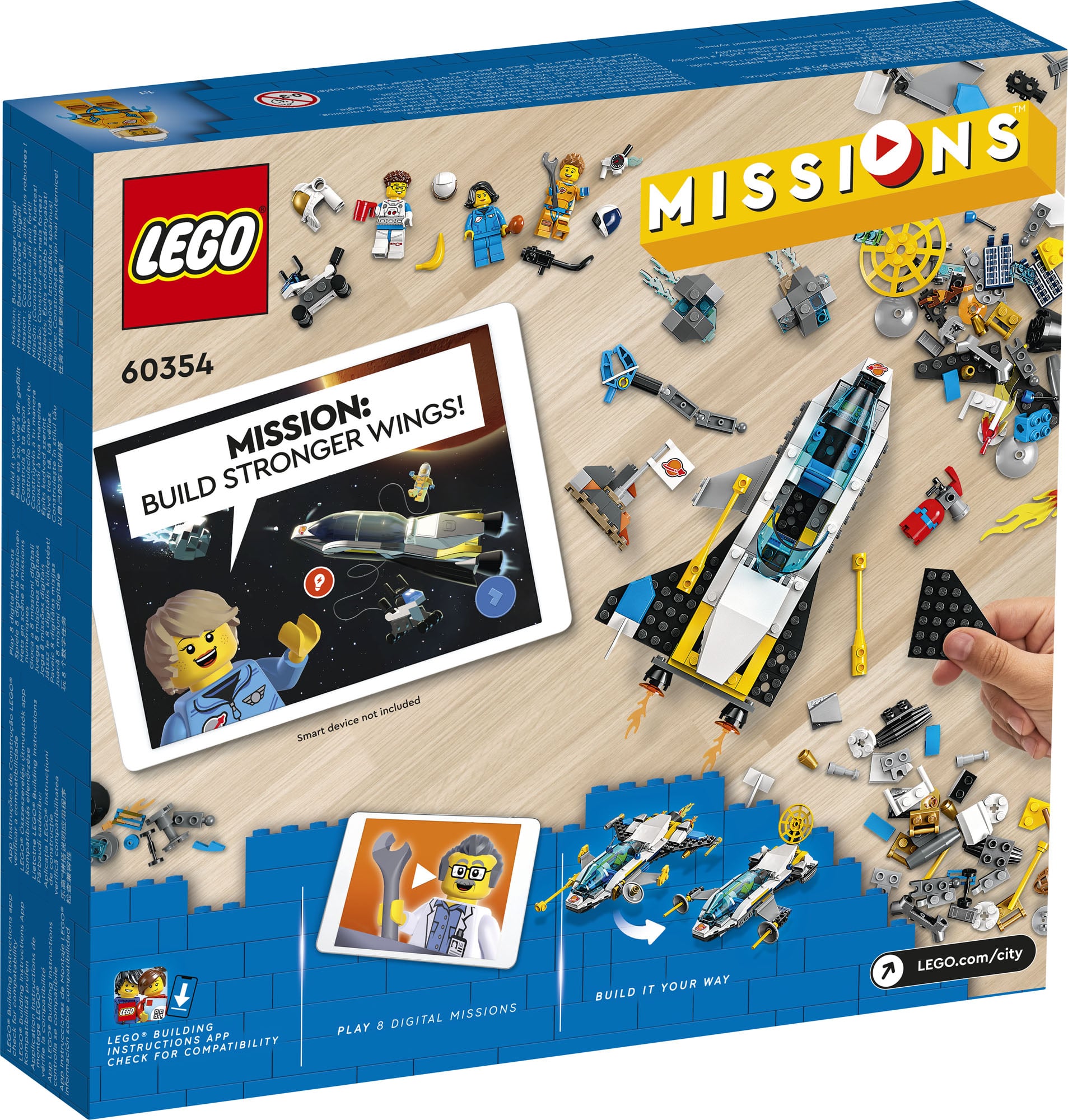 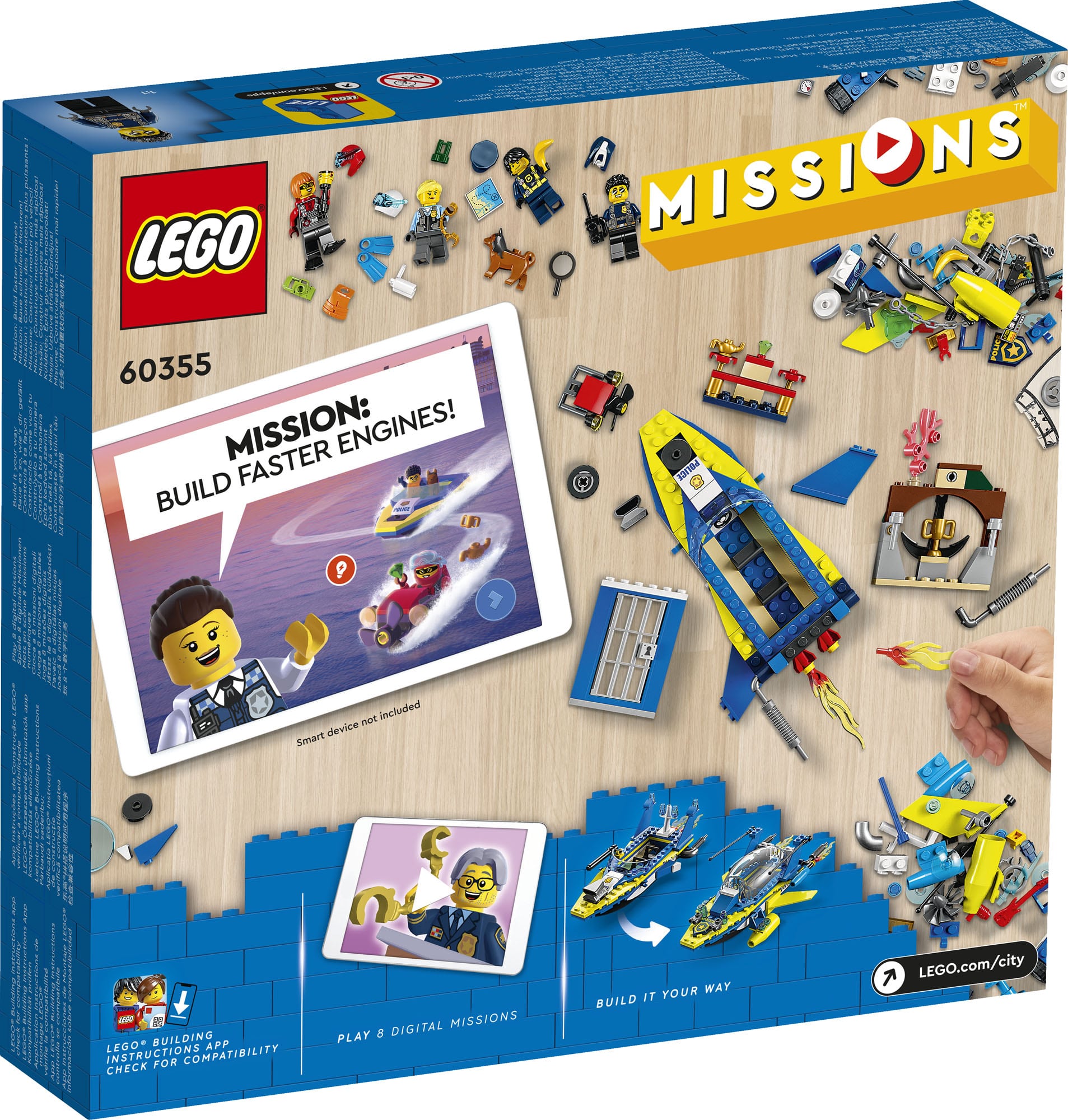