Today, I was went to my local Toys R Us store since I was in the area and found out that they have remodeled the LEGO section and they had some new polybags in stock. One of these polybags is the LEGO City Ride-On Lawn Mower (30224). The set contains 42 pieces and retails for $3.99 each.

The polybag contains one LEGO City minifigure who operates the mower. He can be described as your typical groundskeeping worker. He wear a a blue uniform with orange reflective tape on the front of the torso. The legs are solid blue to match the torso. He has a smile on his face with makes me believe that he’s pretty happy riding the lawn mower. He also wears lime green hat which matches the color of the mower. His torso and legs are the same as the truck driver from the LEGO City Tow Truck (7639) from 2009.

The lawn mower is a pretty straightforward build and nicely designed. The blades are in the front of the mower which I haven’t seen before in real life but they work. They also have a neat play feature when you push the mower on a flat surface to simulate the blades spinning. The feature doesn’t work that properly on carpet surfaces or on LEGO plates which is a little odd. There are a couple of headlights attached to the Technic elements on the front. The back of the mower has a nice curved back design. The mower seats one person and has a steering wheel and what looks like the gear shift handle. The front wheels are a little wider than the back wheels.

Overall, the Ride-On Lawn Mower (30224) is a pretty nice polybag and a great addition to your LEGO City. It could be priced a little bit cheaper but there’s nothing we can do about that. The polybag is available now at Toys R Us stores and if you’re lucky to find one, I would suggest picking it up. 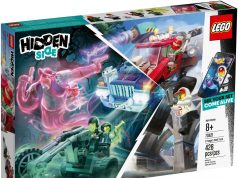 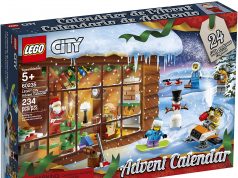 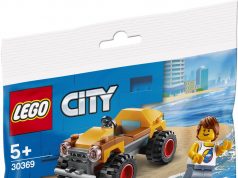