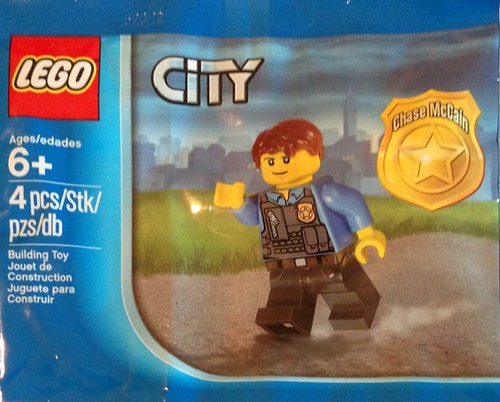 An image of the polybag for the new Chase McCain minifigure has surfaced on Brickset. You can get the minifigure for free when you preorder the LEGO City: Undercover video game for the Nintendo Wii U from GameStop