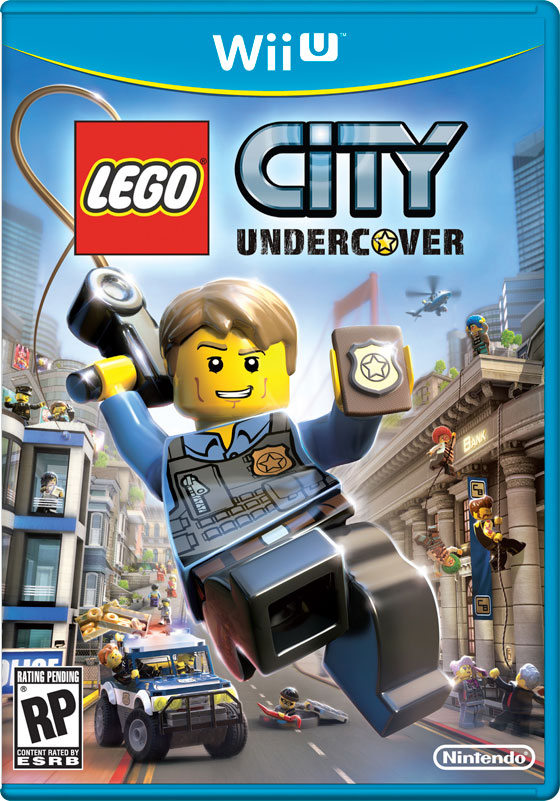 Back in June of this year, Nintendo announced LEGO City: Undercover for the Nintendo Wii U. Recently, there was a video of Satoru Shibata, President of Nintendo Europe, describing the game and some of the features. At 33:09 of the video, Shibata reveals the limited-edition exclusive Chase McCain minfigure which will be included when you pre-order LEGO City: Undercover on GameStop

. The game will be released on November 18, 2012. Below is the video as well as the trailer for the upcoming game.

The Chase is On!
For the first time, the fan-favorite LEGO City vehicles and play sets come to life in LEGO City: Undercover, exclusively for the new Wii U console. Players assume the identity of Chase McCain, an undercover detective armed with clever disguises. The mission is to put a stop to the fiendish Rex Fury and end his crime wave in LEGO City. As players run, drive and even fly through the city, they’ll use the Wii U controller as a new police gadget.

The Wii U controller is woven seamlessly into the gameplay experience. Players use it to scan for hidden clues and criminals, receive mission updates and place waypoints on an overhead city map that displays their position in real time.

Players can go undercover with a variety of disguises including a firefighter, a construction worker and even a robber and use their unique abilities to solve puzzles and access new areas of the city.

There are more than 100 vehicles for players to collect and use to explore the city, including sports cars, motorcycles and even aircraft.

Players can expect talking minifigures and parody to deliver the game’s storyline.