At the beginning of the year, LEGO released a new Creative Building Set (10702)

to complement their line of Classic sets. Upon looking at the box and the pieces that are included, it reminds me of when I was a kid myself when I just had a box of basic bricks and building random stuff with my dad. Now as a father myself, I get to pass that same concept of building using only our imagination with what is given in the set. 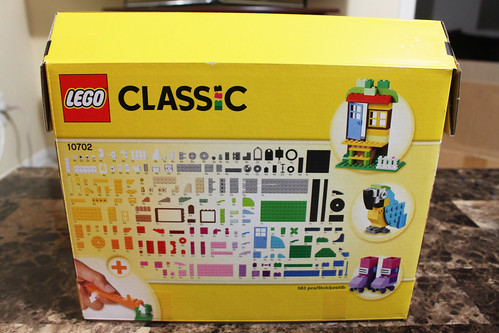 Gone are the days when we had just had mostly 2×2 and 2×4 bricks to build whatever we could come up with. Now we have a variety of pieces to choose from to create things with. As my 6 year old son Josh opened up the box, his eyes opened wide seeing pieces and exclaimed, “Look at all the colors of the rainbow!” There were instructions that gave us some ideas as well as instructions online but the challenge for us was to create whatever we could in five minutes with each prepackaged bag. 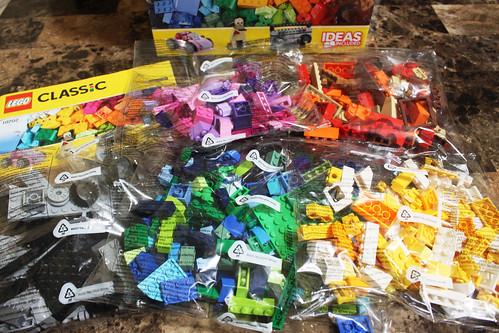 We started on the first bag which was the one with the black and gray pieces. The parts in the bag were pretty random but there were enough to create something out of it. Josh noticed there were wheels but the connectors weren’t the right size so instead he used the skateboard wheel pieces as wheels. From that, he just put together what he could. What he came up with was a rocket powered bus. He explained that the slope pieces up front made it go faster along with the rockets in the back. 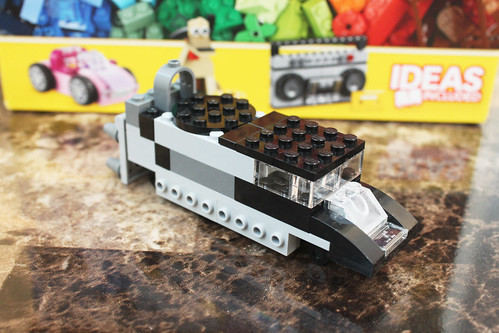 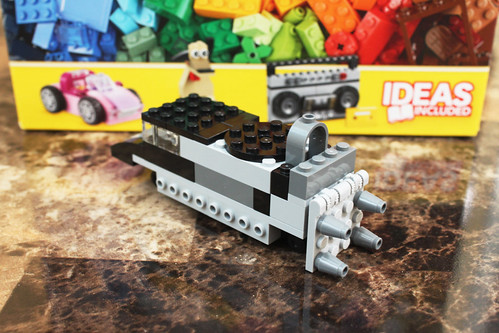 For the second bag, we tried out the bag with the pink pieces to see what we can make. Again, Josh went the vehicle route for this build because the different sloped pieces can give a sleek look. There were also the 6037651 pieces which look like thrusters. Finally, he used the flower pieces on the back to fit in with the thrusters as well as on the bottom for hovering. According to Josh, the ending build for the pink bag is a hover car. 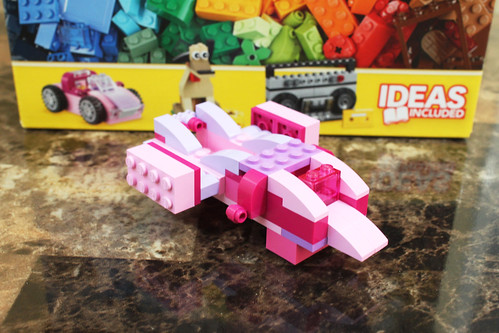 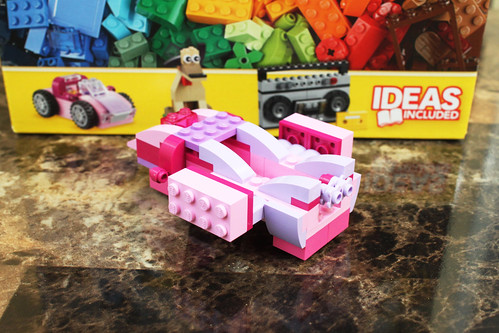 Next up was the bag filled with orange and yellow pieces. In the smaller bag, there were various eye pieces so that gave some ideas on what to build next. The parts were fairly random with some of them being used for a house with the fence and windows however Josh went in a totally different direction and created some sort of creature. He tells me that it’s a robot that can vaccum up stuff with its mouth. 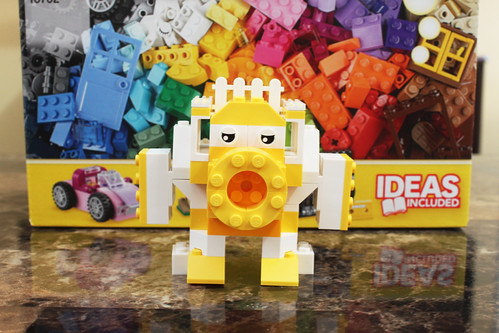 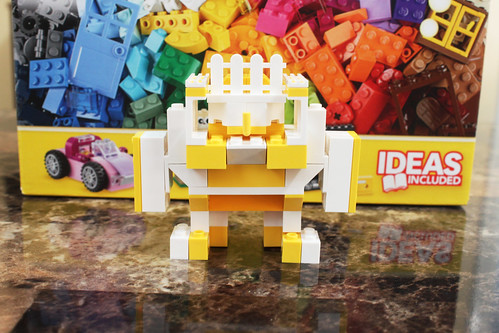 On the blue colored bag, there were more basic bricks in various shades of blue and green. Again, there are also lots of the sloped pieces that could be used to give a shape of the build. Josh ended up building a speedboat. There are many uses of the sloped pieces on the back end of the boat “to make it go faster.” 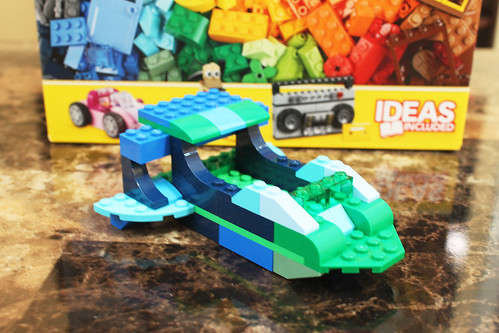 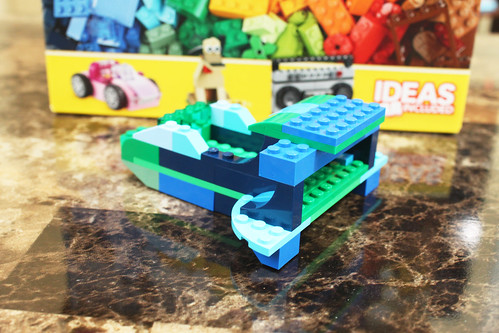 For the final bag, there were fall colored pieces like red, orange, and brown. This bag gave Josh the most challenge as the parts were pretty random. Nonetheless, five minutes passed and what he came up with was a fort with exterior weapons using the pearl gold cone pieces as cannons. The red arch pieces are used as window openings while the brown palisade brick give some detailing in the front. 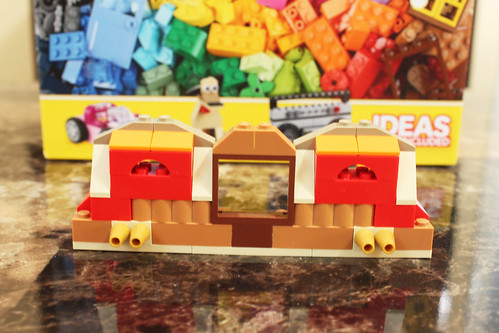 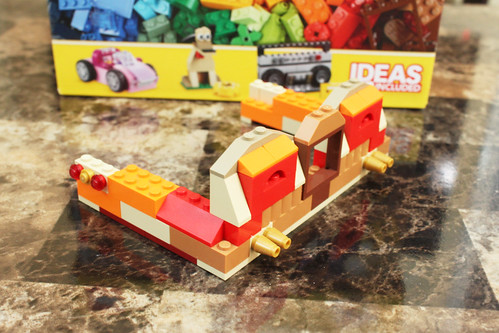 is a really fun set to create whatever comes to your imagination. Although there are instructions included with the set and online, there are potentially an infinite amount of other things you can create just using the parts in this box. Some of the things that my son created were really impressive considering we didn’t mix up the colors and used whatever pieces were provided in each bag. I really enjoyed building stuff with my son and I like to thank The Brick Fan for giving us an opportunity to do this.

What do you guys think of the set? Do you have the set and what did you create using the pieces provided? Let us know in the comments. 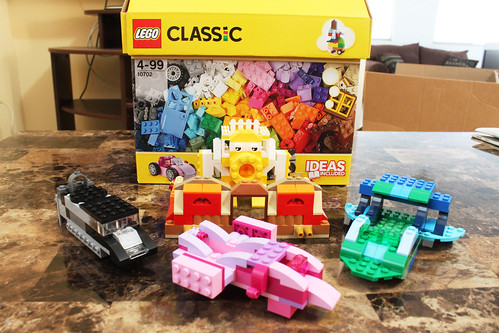 **Set review by local reader Andy and his son Josh. LEGO has provided The Brick Fan with a copy of this set for review and does not represent The LEGO Group’s opinion.**