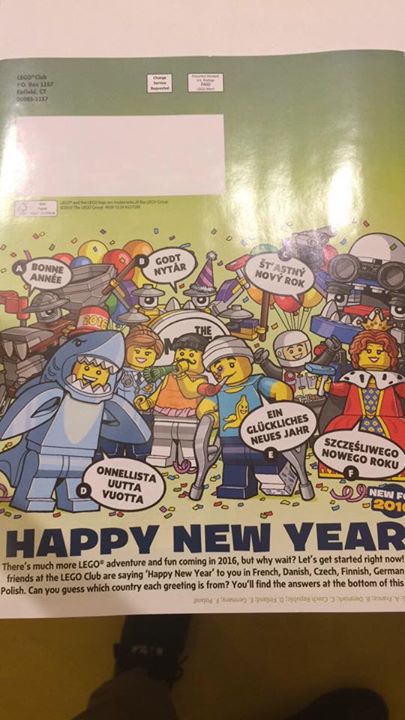 Earlier today, the official list for the Series 15 LEGO Collectible Minifigures (71011) were revealed and now there’s a sneak peek of a few of the characters in the wave. The image comes from what appears to be the back cover of the latest LEGO Club Magazine. Here you can see the Costume Shark Guy, Awkward/Clumsy Man, and the Queen.

I don’t know about you but the Costume Shark Guy looks really similar to the Left/Right Shark in Katy Perry’s Super Bowl halftime show from earlier this year.

Again if you didn’t see the list this morning, they are as follows: