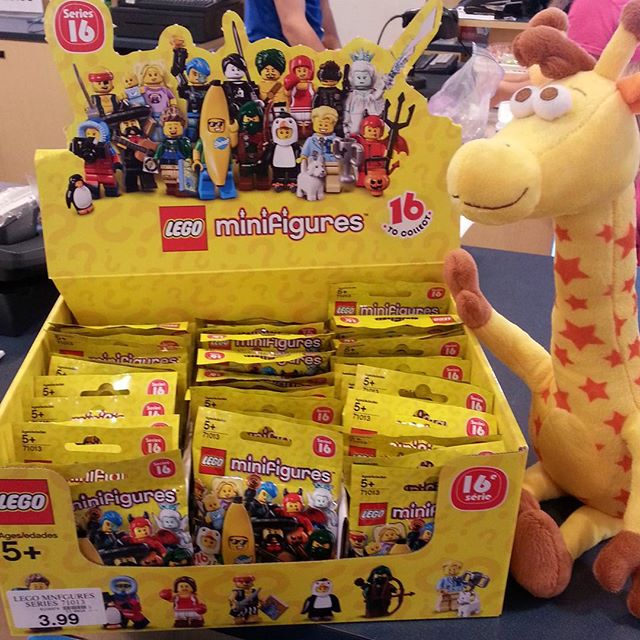 It appears that the LEGO Collectible Minifigures Series 16 (71013) has starting to hit some stores like Toy R Us as well as some LEGO Stores. Considering that there has been any official news or announcements on this latest wave from LEGO, it’s interesting to see them being sold so early since they were scheduled for a September release. LEGO sleuth CM4Sci has been doing some phone calling and has found out that:

They want the Disney series to come back in September so it can be sold alongside the Disney castle, so they pushed Series 16 up.

I’m not sure if this is legitimate from LEGO but remember we do have the general release of the LEGO Disney Castle (71040) on September 1 while VIPs can get it from August 17-31. If you’ve been waiting for Series 16 to come out, you may want to check around because they might be already out in the wild and you might get lucky. Let us know in the comments if you did indeed find them available for purchase in stores.

I’m not sure where the image above came from as I linked it from Eurobricks, so let me know so I can give credit.