The Series 19 LEGO Collectible Minifigures (71025) comes out in a few weeks and I’ve already had a few messages regarding if I was going to do a feel guide for them so here it is. I know there’s a lot of you who don’t need one but this guide is for beginner collectors who don’t know how to search for a particular character. A number of the characters have very unique pieces to make them stand out from others. Series 19 will be available starting on September 1 but you may find them a bit early at other retailers.

– Easiest thing is to feel for the two dogs.

– I suggest feeling for the 2×3 tile even though a another character has it. Confirm with the controller.

– This one may be a little difficult but I would feel for the brush because the shower cap could be mistaken for some of the other helmets in the wave.

– The rugby ball would be the thing I search for if I was looking for him.

– The bear helmet would be easy to feel for. Use the rainbow and heart tile pieces to confirm.

– I would suggest feeling for the gun.

– The pole is the thing I would feel for if I was searching for this one.

– The 1×1 should stand out since no other character has this piece.

– The flamingo piece, especially the curvy neck, should stand out.

– The bike should be very easy to feel for.

– The fire fighter may be a little difficult but I suggest feeling for the microphone piece.

– The sword and shield should be easy for feel for.

– I would feel for the cowboy hat and the backpack.

– She may be one of the harder characters in the wave since she has minimal distinishing features. I would feel for the scorpion and the headdress.

– The fox head piece is the easiest thing to search for. 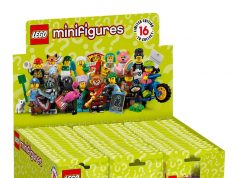 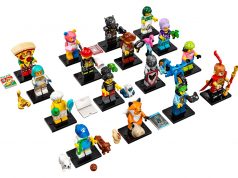 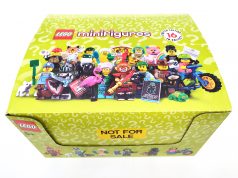