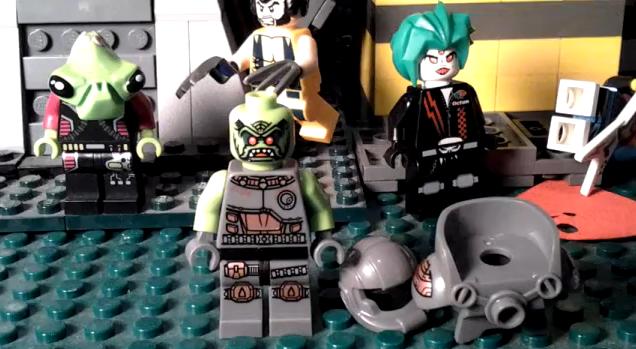 Could this be an image of the new Alien Trooper from LEGO Collectible Minifigures Series 9? A YouTube user by the name of BRICKSHOWISCOOL has gotten his hands on a mysterious minifigure but didn’t say where he got it from. **Update: The user states in the video comments that his friend’s aunt works at LEGO.** The minifigure has light green skin tone and some nice front printing on the torso with the word “SHAMI.” It also has a gray armor and helmet as well as a “black Aliens Conquest pistol” as stated by the user. See the videos below: