The ATLAS Mini Model – Education/Outreach Project by SaMe on LEGO CUUSOO has quickly reached the 10000 supporters needed to be reviewed by The LEGO Jury in the 2013 Fall Review. The reason why the project hit the goal so fast is because of the help of a science related Facebook Page. With over 5 million likes on the page itself, thousands of people saw the project on their Facebook stream and helped support it. The influx of supporters actually crashed the server that CUUSOO is on and the response was overwhelming.

The ATLAS Mini Model is based on the ATLAS Experiment at the Large Hadron Collider. If you’ve been following science news, the LHC is a particle accelerator used to prove or disprove the Higgs boson or the “God particle.” In July 2012, ATLAS was one of the experiments that was involved in the discovery of a particle that was similar to the Higgs boson. The Mini Model consists of 560 pieces and is able to be built in less than an hour.

Congratulations to SaMe for getting this amazing achievement! We’ll see later this year if the project will pass the review stage and become an official set or not. Science projects have had a good track record on passing the review stage. Below is the official comment from CUUSOO.

Congratulations to SaMe and to our new friends who really, really love science, on successfully reaching 10,000 supporters in such a short time.

You’ve done a great job compressing your ATLAS model down to a size that is accessible by students, families, and science departments around the world, to spread understanding of the field of particle physics. You’ve also connected with a passionate audience of people who want to encourage greater interest in science education. We now officially advance this project to the Review phase.

The review is a thorough process and from its start, and can take several months. When finished, we make a “go/no go” decision to develop and sell a product based on the “ATLAS Mini Model – Education/Outreach Project” concept.

We will post follow-up information and our decision here. 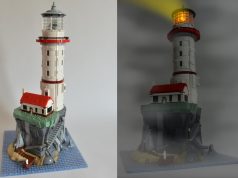 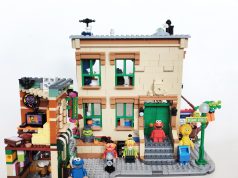