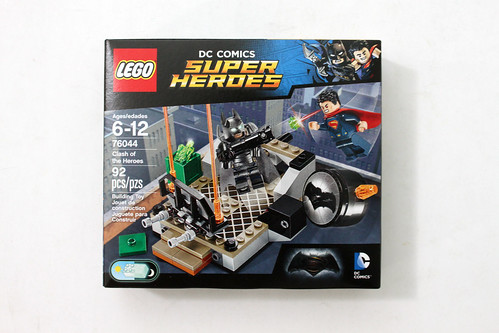 I’m back with another short review and this time, it’s for the LEGO DC Comics Super Heroes Batman v. Superman: Dawn of Justice Clash of the Heroes (76044). The set contains 92 pieces and retails for $12.99. The contents of the box include two un-numbered bags, the instructions, and a small sticker. 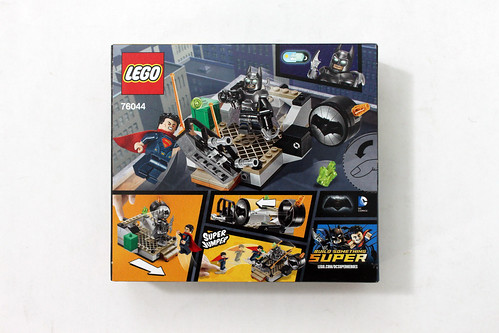 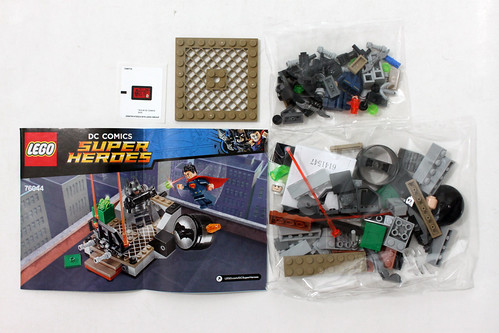 One thing that’s great about this small set is that you get both of the major characters from the movie with Batman and Superman. 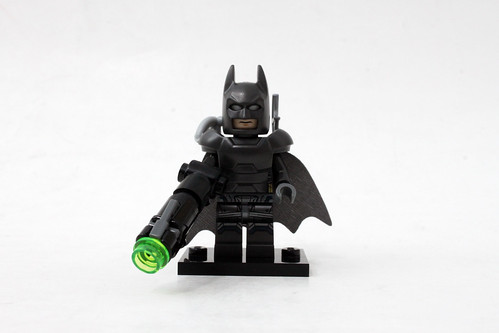 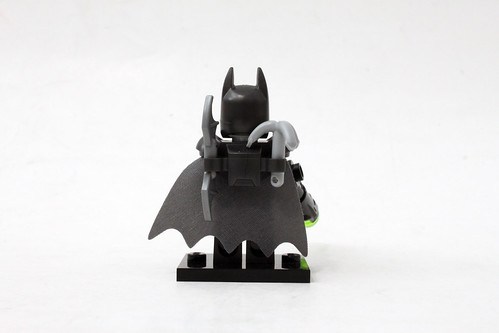 This version of Batman is his armored version that we see in the trailers where he’s more bulkier by the way of the plate armor that goes over the torso. The back of the armor has two clips for his Batarang and grappling hook. The torso has a metallic silver finish with some yellow and and blue thrown in. 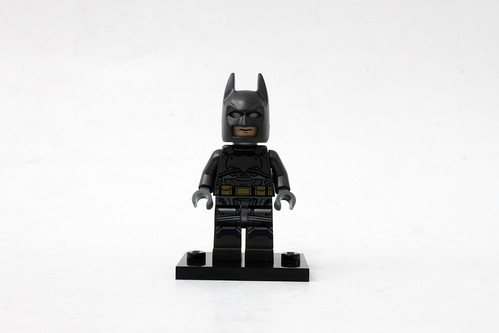 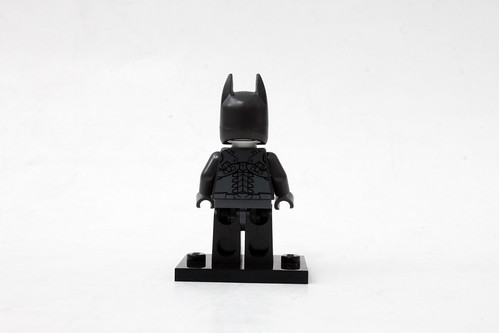 The double-sided head piece is new with the glow-in-the-dark effect to represent the bright eyes seen in the promo images and trailers. Batman also wears one of the older style capes and unfortunately the armor piece pinches it a little bit on the back. 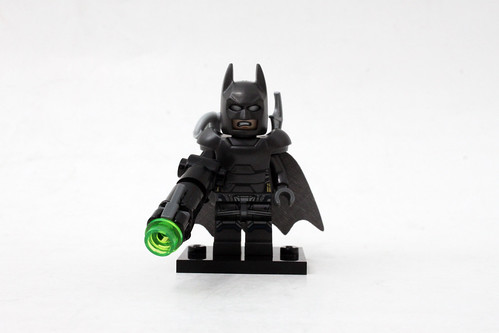 Finally Batman has a plethora of accessories including what LEGO calls a stud-shooting bazooka weapon which is able to separate into a standard stud-shooting gun and a grappling hook gun. There is no string to attach the hook to the gun or any firing capabilities. 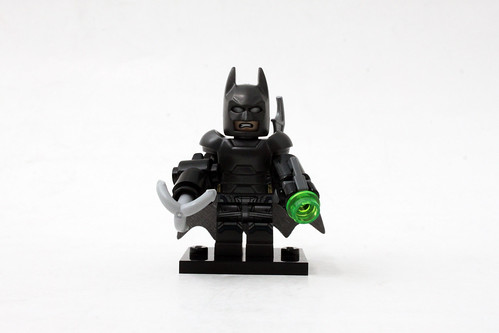 Superman comes with a new torso with some new printing on both sides. The insignia again is prominent across the chest but now there are some lighter blue highlights throughout. He also has a double-sided head with an unusual nervous smiling expression on one side and the angry look on the other. Superman does have the softer red cape which I wished Batman had in this set. 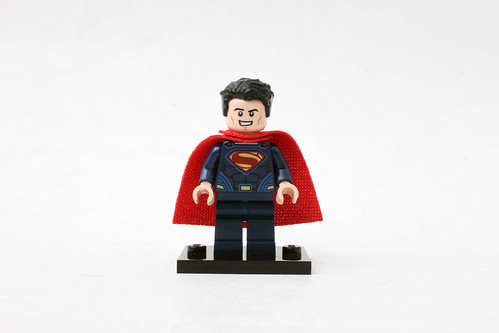 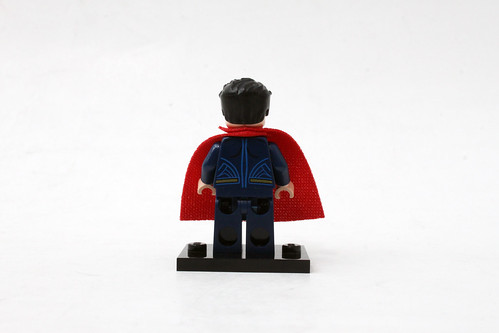 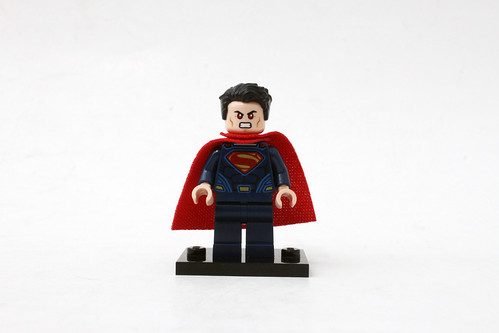 The build for the Clash of the Heroes (76044) set is the small skyscraper rooftop build. There’s a little barrier that is able to break off when you launch Superman from the Super Jumper piece that also included in the set. Again, I still don’t recommend using it as they do scratch and crack the back of the minifigure legs. 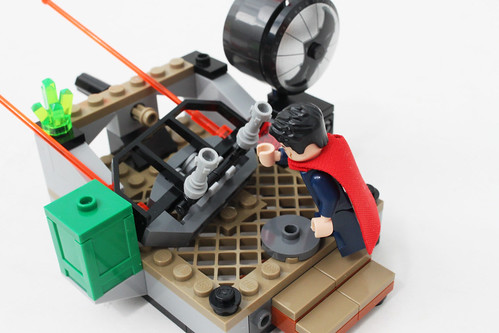 Towards the back of the build, there’s a Technic pin that you can push to launch Batman at Superman. Nothing too spectacular about this play feature. 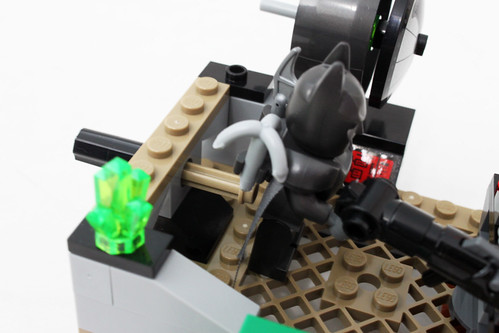 On one of the sides, you have a green kryptonite gem piece that sits on the corner of the rooftop. In the green container box, there are some trans bright green 1×1 studs which could be smaller krytonite rocks and may have some significance in the movie. 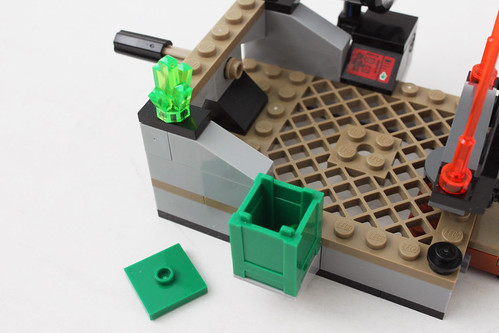 Finally on the opposite side of the rooftop, there is the rotating Bat-Signal with the new Batman insignia. It also doubles up as a weapon as it is attached to a computer console and it is able to be used as a flick-fire missile. 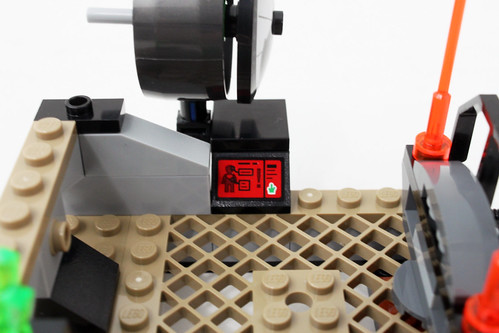 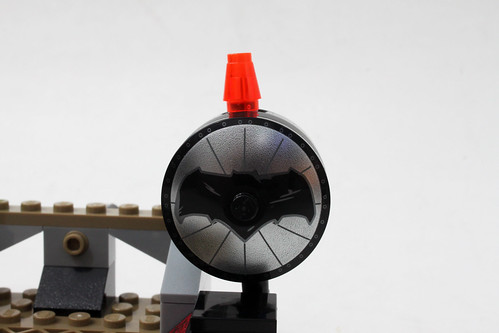 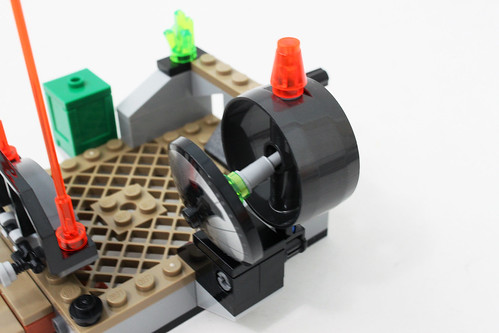 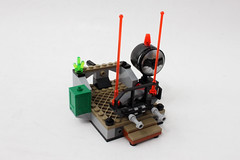 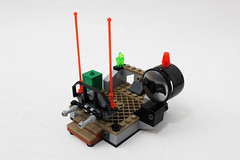 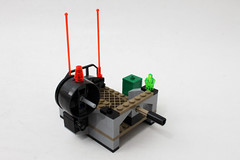 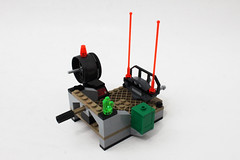 Overall, the LEGO DC Comics Super Heroes Batman v. Superman: Dawn of Justice Clash of the Heroes (76044) set is a decent set for what you get. The main attraction is that you get two of the main characters of the movie with Batman and Superman with Batman being exclusive with the new armor printing.

The build for set is rather bland. The play features are minimal but will entertain kids to a certain degree. If you want to buy this set just for the minifigure, I wouldn’t blame you because that’s the main reason why I bought it as well. 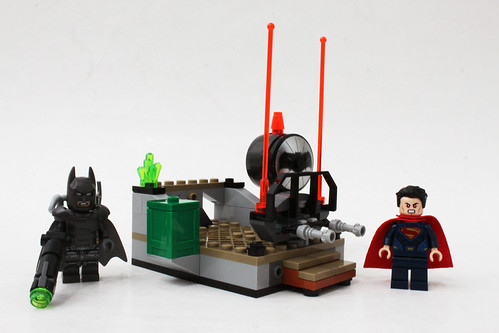