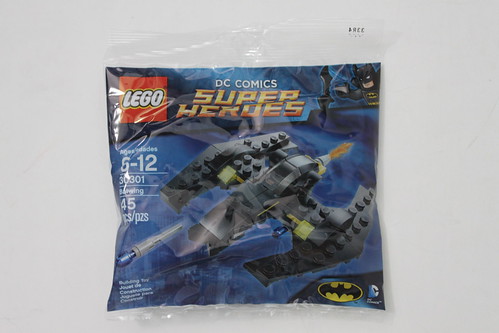 A few days ago, we reported that the LEGO DC Comics Super Heroes Batwing (30301) polybag was showing up at Target stores in the Halloween section. I was notified by my LEGO Store friend Nia who found them on the shelves so I took a little trip and lo and behold, they were there. The Batwing (30301) consists of 45 pieces and goes for $3.99 which is a very nice $0.09/piece considering it’s a licensed polybag.

The design of the Batwing is very nice with a good selection of parts used to build it. Although it looks kind of flimsy, it is very sturdy. The Batman symbol on the front 2×2 curved slope would have been nice to have but it looks fine without it. One thing I didn’t like on the Batwing are the 1×8 gray plates on the bottom that holds the wings together. It just seems a little off to me and makes it look like a ski. To round it off, you also get two flick-fire missiles. 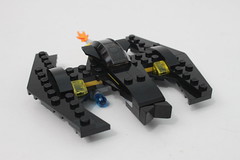 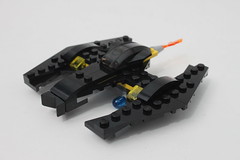 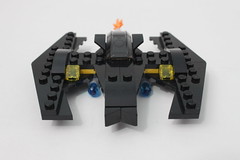 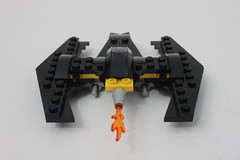 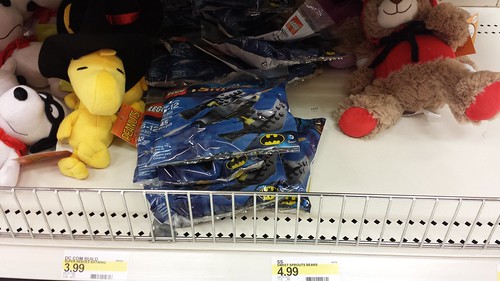