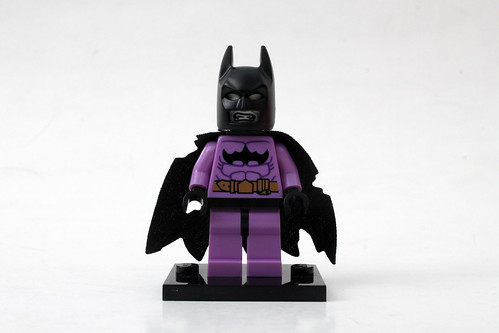 and as reported many times before, the Blu-Ray/DVD also includes an exclusive Batzarro minifigure. To give a little backstory on this little known character, Batzarro first appeared in June 2005 in Superman/Batman #20. He first met up with Bizarro and introduced himself as “the world’s worst detective.” However in the new animated movie, he was created by Batman being shot by the LexCorp duplicator ray gun.

On to the LEGO Batzarro minifigure review, he has a similar look as Batman but with some slight differences. The most notable difference is that the outfit is mostly a lavender/sand purple color. Everything on the outfit is upside-down including the Batman symbol and the utility belt. The back of the torso also has some printing with the upside-down belt. The head is double-sided and is pale white in color. There are dark circles around the eyes and he has a snarl on one side and an angry growl on the other. The final detail is the tattered cape that he has on. Unfortunately, Batzarro does not include any accessories.

Overall, Batzarro is a great minifigure if you’re a Batman collector as it’s another variant that you can add to your collection. It most likely will not be appearing in any forseeable DC Comics Super Heroes sets as he is a pretty obscure character. This goes along with the Batman of Zur-En-Arrh minifigure from SDCC last year however this one is way much easier to obtain and not as pricey. Again, Batzarro is packaged along with the LEGO DC Comics Super Heroes: Justice League vs. Bizarro League

animated movie so if you haven’t picked it up yet, you can now. 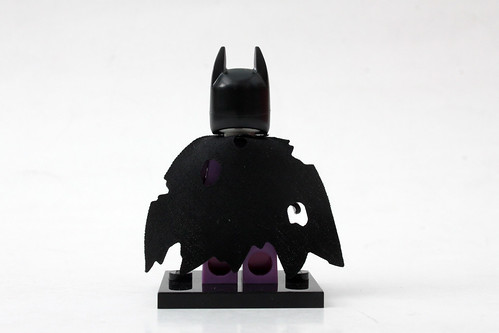 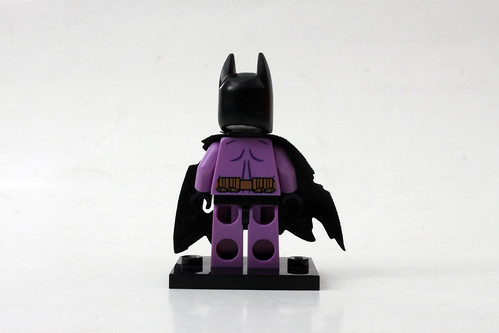 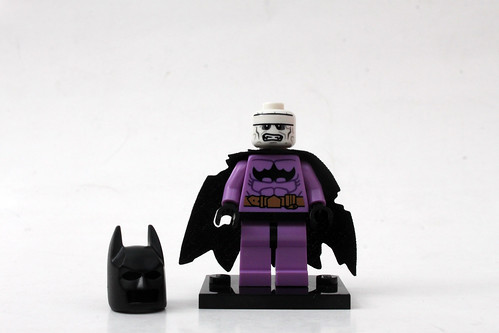 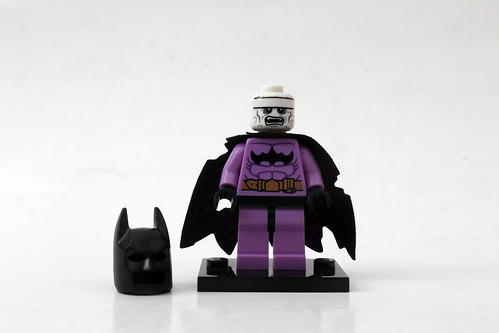