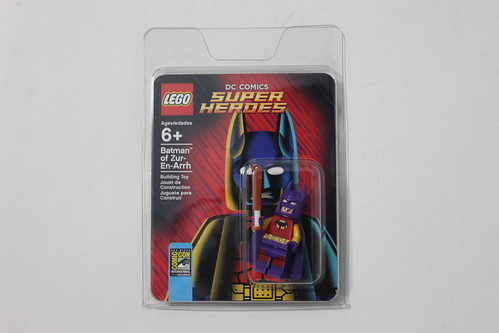 Day 3 of San Diego Comic Con 2014 has passed and again, I bring back home with me another exclusive LEGO minifigure for this year. Today’s minifigure was the LEGO DC Comics Super Heroes Batman of Zur-En-Arrh. He is a fairly obscure character from DC and was introduced in France Herron’s 1958 Batman #113 Batman – The Superman of Planet-X. Zur-En-Arrh is actually a scientist names Tlano who was inspired to play the same role as Batman from Earth. In Grant Morrison’s resurrection of Batman of Zur-En-Arrh, he is a backup personality of Bruce Wayne used in case if he was mindwiped.

On to the minifigure itself, he has the same mold as Batman except with different colors. We know that Batman works in black and sometimes in very, very dark gray but this version of Batman is the total opposite. His main color scheme is purple and red with some yellow on the arms and belt. Also note that the chest emblem is different and he wears a purple cape. He has a double-sided head with a happy expression on one side and a clenched teeth expression on the other. His accessory is a bat.

Overall, the SDCC 2014 Batman of Zur-En-Arrh is what an exclusive minifigure should be. It will probably not be produced again in an official set but since guessing what LEGO will produce in the future is a crapshoot so who knows if we’ll see him again or not. In the meantime, I’m glad that I was able to get one today at SDCC. Tomorrow is the last day and the final minifigure that will be given away is The LEGO Movie’s Unikitty with two printed face bricks instead of a double-sided head. If I’m able to get it tomorrow, it’ll make not getting the SDCC exclusive sets easier to swallow although I’m still not happy about it. 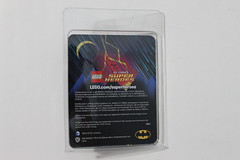 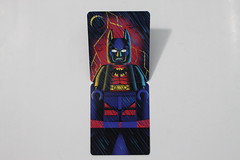 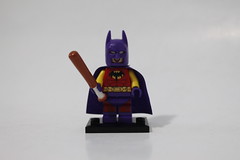 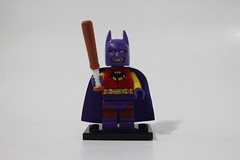 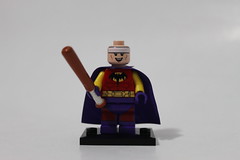 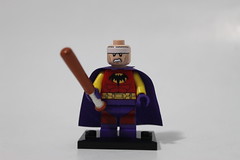 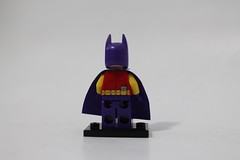