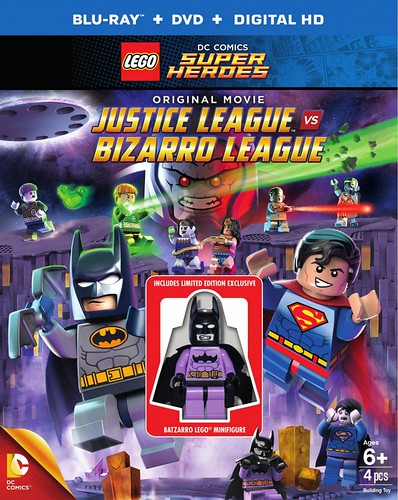 A few days ago, we reported on some pricing details for the new LEGO DC Comics Super Heroes: Justice League vs Bizarro League original movie. You can now pre-order the two different versions of the movie on Amazon. The Blu-Ray + DVD + Digital HD UltraViolet Combo Pack

Both versions of LEGO Justice League vs Bizarro League will feature Batman Be-Leagueered TV Special, Me Am BIZARRO! The League of Opposites featurette, and Be-Leaguered Bloopers. From the looks of the images on Amazon, the exclusive Batzarro (Bizarro Batamn) LEGO minifigure is also available on both versions of the movie. It’s just a matter if you want the additional Blu-Ray and Digital HD or not. The movie is scheduled to be released on February 10, 2015.

Thanks to Pantaleon for the heads up.