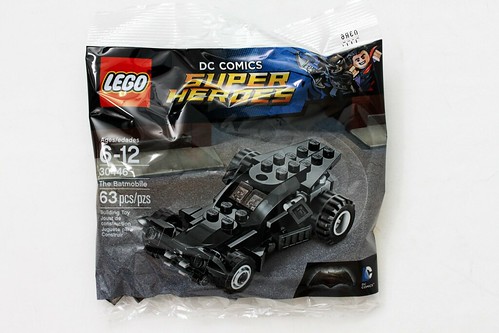 Toys R Us stores here and there have let customers purchase the new LEGO DC Comics Super Heroes The Batmobile (30446) polybag based on the vehicle from the upcoming Batman v. Superman: Dawn of Justice. The polybag has 63 pieces and retails for $3.99. The Batmobile is a pretty simple build that has the relative shape of the vehicle and when displayed next to the Batmobile from the Kryptonite Interception (76045), it doesn’t look too bad. None of the parts used exclusive although the red 2X2X2/3 plate is a fairly new piece that been used in mostly larger sets. You can’t see it from the outside so you can probably substitute it with another color. 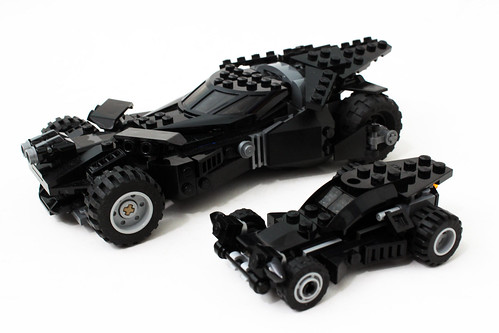 Again, I found the polybag at my local Toys R Us store. They weren’t in the LEGO section and I had to ask guest services for it because they had to bring it out from the back. If you’re looking for it, ask them to look up item #84232. I didn’t hear anything about it being part of a promotion at this time so I was able to purchase it by itself. 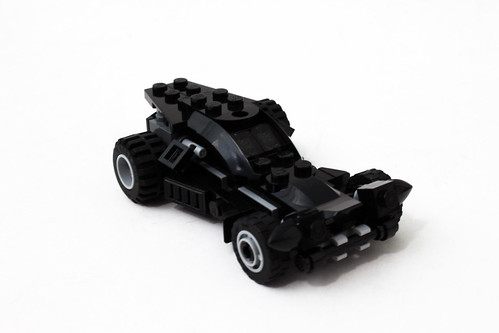 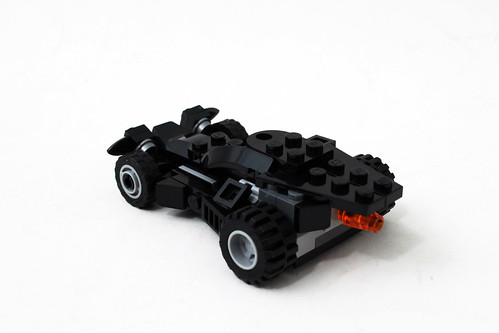 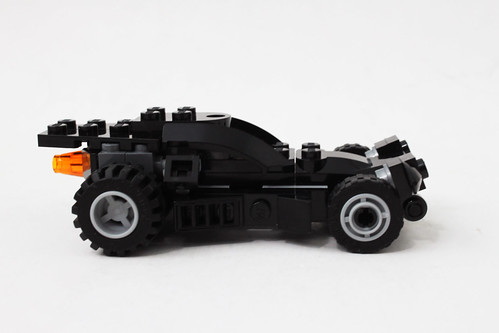 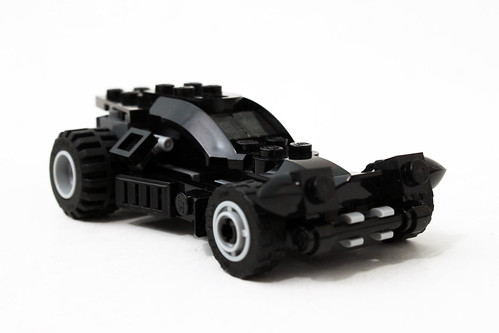