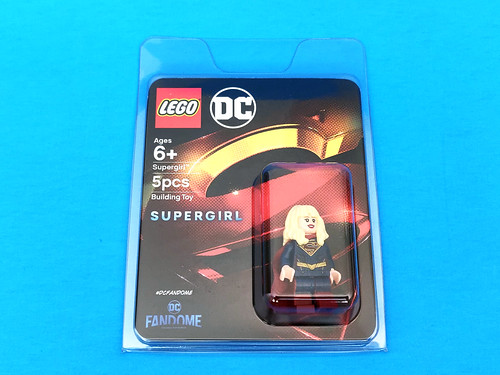 If you remember way back in August, DC FanDome was held online and they partnered with LEGO to give away a LEGO Supergirl minifigure. For a few months there was radio silence from both companies and I even questioned if the sweepstakes was even held since the official rules stated that winners would be drawn within 5 business days after the contest ended.

Fast forward to last week, people on social media were starting to post about them getting it in the mail without any notifications of them winning. I was told of a trick using USPS Informed Delivery to see if you have something coming from SHIPPO in Las Vegas, Nevada. If you did, chances are that you were a potential winner. I was lucky enough to be chosen as one of the 1,495 winners of the LEGO Supergirl minifigure and here’s a quick look at it.

It comes in the plastic clamshell that is known for the San Diego Comic Con minifigures. Rumor has it that Supergirl was also for SDCC 2020 but that event got cancelled and LEGO need another event to give them away and DC FanDome was chosen as a replacement. The cardboard backing has the Supergirl logo along with DC FanDome and some legalese on the back. 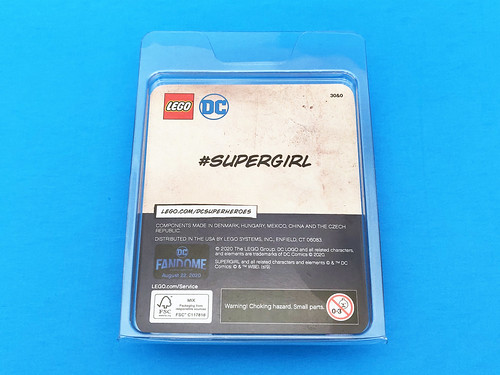 The minifigure itself is based on the Season 5 outfit portrayed by Melissa Benoist. The torso is dark blue with the Kryptonian hope symbol painted red and gold along with the gold belt. The legs are only printed in the front with the dark blue and the rest is just red for her boots. The cape used is the softer fabric which is better than the stiffer ones or these kinds of exclusives. The head is actually double-sided with a smile on one side and the other showing her heat vision eyes. 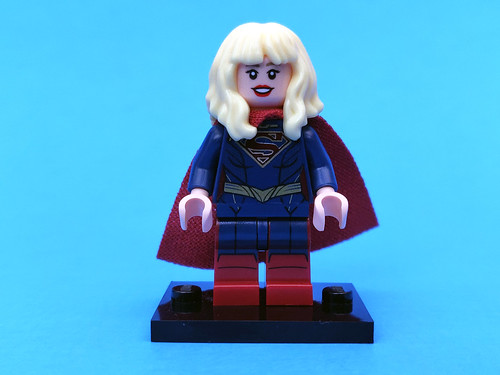 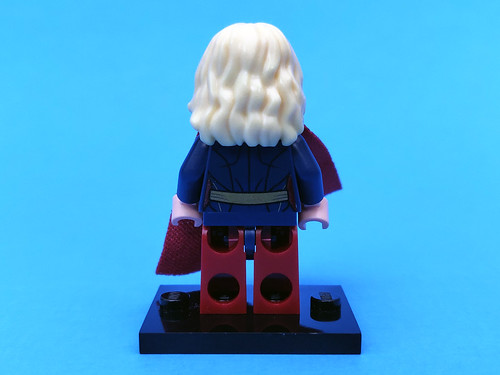 Overall, the DC FanDome sweepstakes was sort of a disaster simply because of how it was ran. The link that was intially given was the wrong one and people missed out some entries due to that. The entry rules were also somewhat misleading as you could enter every 30 minutes for a whole 24 hours. This meant that you could potentially have 480 total entries if you were on top of it. I estimate I had about 200 entries because I missed out on the first hour and couldn’t stay up that much for the sleeping hour entries. After it was over, neither of the companies said anything about the sweepstakes even though people were asking about it. Then after nothing for three months, they start popping up online without any notifications of them winning.

On the flip side, Supergirl was supposed to be a giveaway for San Diego Comic Con so the sweepstakes gave a lot more people a chance to win one if they put in the time and effort. However this also meant that you have less of a chance to win simply because of how many people were entering. If you were at SDCC, you would have just waited in line early enough to get to the iPad to try and win one.

As for the LEGO Supergirl minifigure itself, it’s a decent one and something that I didn’t really expect but considering that LEGO has an affinity for using the CW Arrowverse characters as SDCC exclusives, it’s not that surprising. Since there were less than 1,500 made according to the official rules, it’ll be somewhat hard to obtain. The secondary market is already filling up with them and the last one sold as of this writing is $510. As more winners get theirs in the mail, the price will probably go down a little but not by much after looking at the prices it has been selling at. 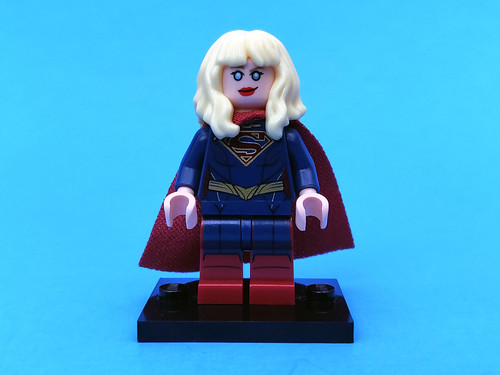