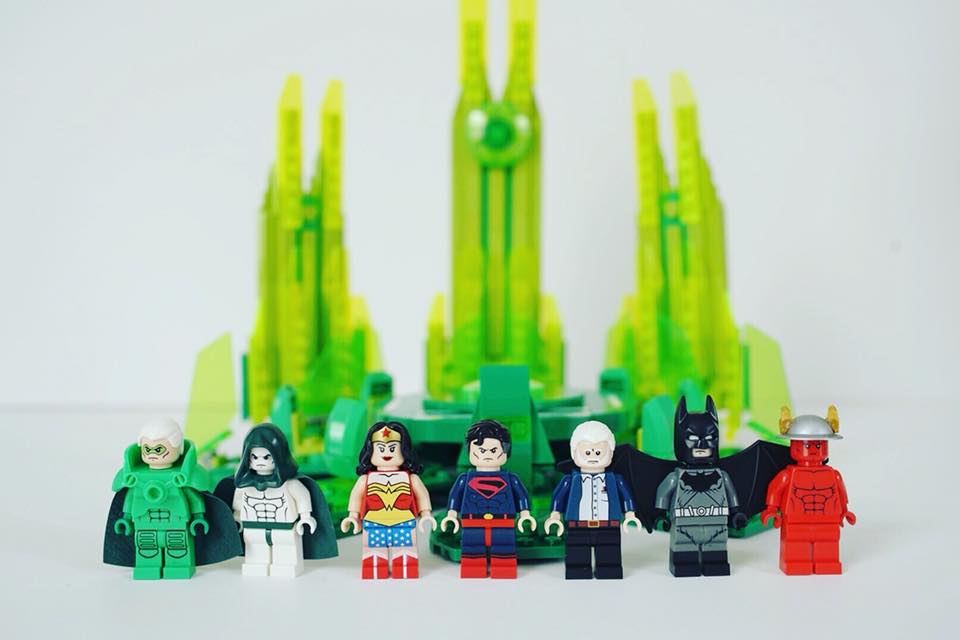 San Diego Comic Con 2018 is only a few short weeks away and like with previous years, LEGO has a pretty big presence at the event. The thing that fans have been waiting for are the exclusive sets and minifigures that are available at the convention. We’re still a couple of weeks away from those reveals as LEGO likes to keep them close to the chest but it there is something interesting that has popped up online not by LEGO but by another exhibitor.

Alex Ross has posted the above image on Facebook with the caption “New- Kingdom come- LEGO set #sdcc”. If you’re not familiar with Alex Ross, he is the writer and illustrator for the four-issue series Kingdom Come from 1996 and the image is a “set” based on the comic. The image features the iconic cover, in a way, and has custom minifigures of the Alan Scott Green Lantern, The Spectre, Wonder Woman, Superman, Norman McCay, Batman, and the Wallace West Flash.

There’s no confirmation that this is something that will be sold at SDCC by LEGO or by Alex Ross himself. It is curious because he did use the SDCC hashtag in the caption but I’m not sure what this means. It could mean that he may just be displaying it there for show or we’re just be looking too much into it. We’ll definitely know if this is an exclusive in a few weeks when more SDCC exclusives are announced so stay tuned for that. Thanks to everyone who messaged in about it.