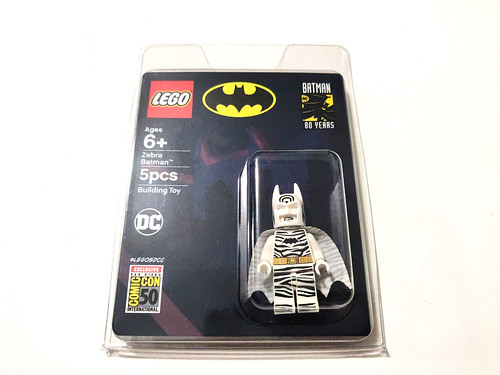 Yesterday was the last day for the LEGO minifigure giveaways at San Diego Comic Con 2019 and it was for the LEGO DC Zebra Batman. The card on the front shows the Batman 80th anniversary logo on the top right and the SDCC 50 logo. The back of it has an advertisement for the LEGO DC Super Villains video game. 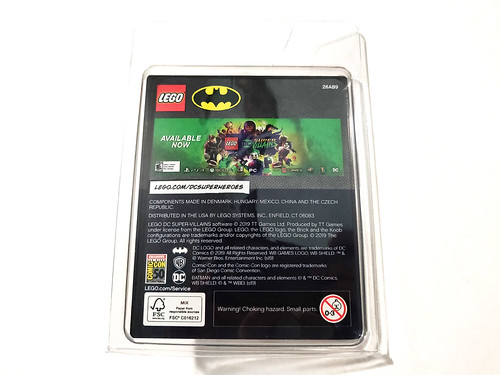 As for Zebra Batman himself, both sides of the torso have black stripes all over it. The front has the bat symbol and the belt is printed gold. The front of the legs and feet also have the stripes. This will be a common theme with this minifigure. The head is plain white with black lines to show the detailing for it like with the headband and his face. He does have a double-sided head and they are the usual grumpy and angry expressions. The cowl also has some stripes on the front and sides. Lastly, he has a white cape, also with stripes on the outer side. 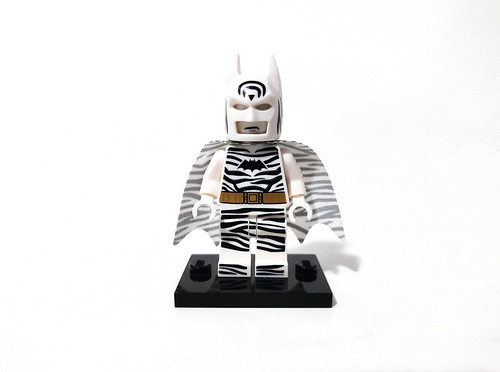 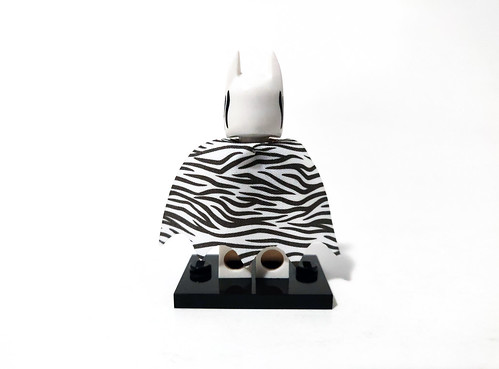 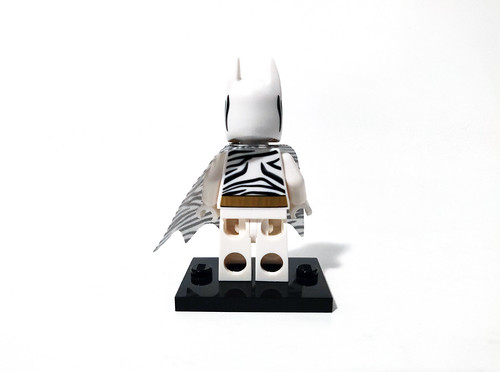 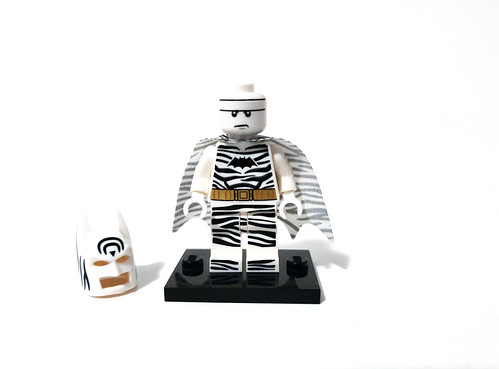 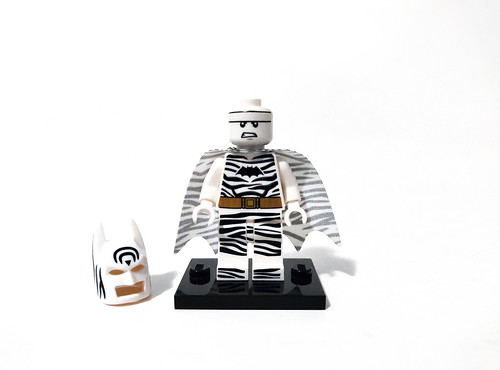 Overall, the Zebra Batman is an interesting choice for the 80th anniversary of Batman since there are so many variants LEGO could have picked for this exclusive. Personally, I would have like to seen the Terry McGinnis Batman Beyond or the Kevin Conroy from The Animated Series since they are more well known.

For me this one was my least favorite out of this year’s SDCC selection and if I wasn’t able to get it, I wasn’t too worried about it. Since the line for the giveaway was going fast, I took a stab at it and got it to complete the 2019 collection.

As for the giveaway process itself, I liked how LEGO did it this year. They bumped up the starting time about three hours so attendees could still have time to do other things after getting done. Also it seemed that there were more winners from previous years because the winning ratio was extremely high. The sign posted said winning odds were about 4/5. 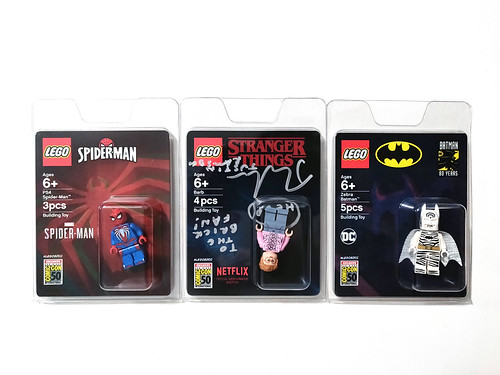