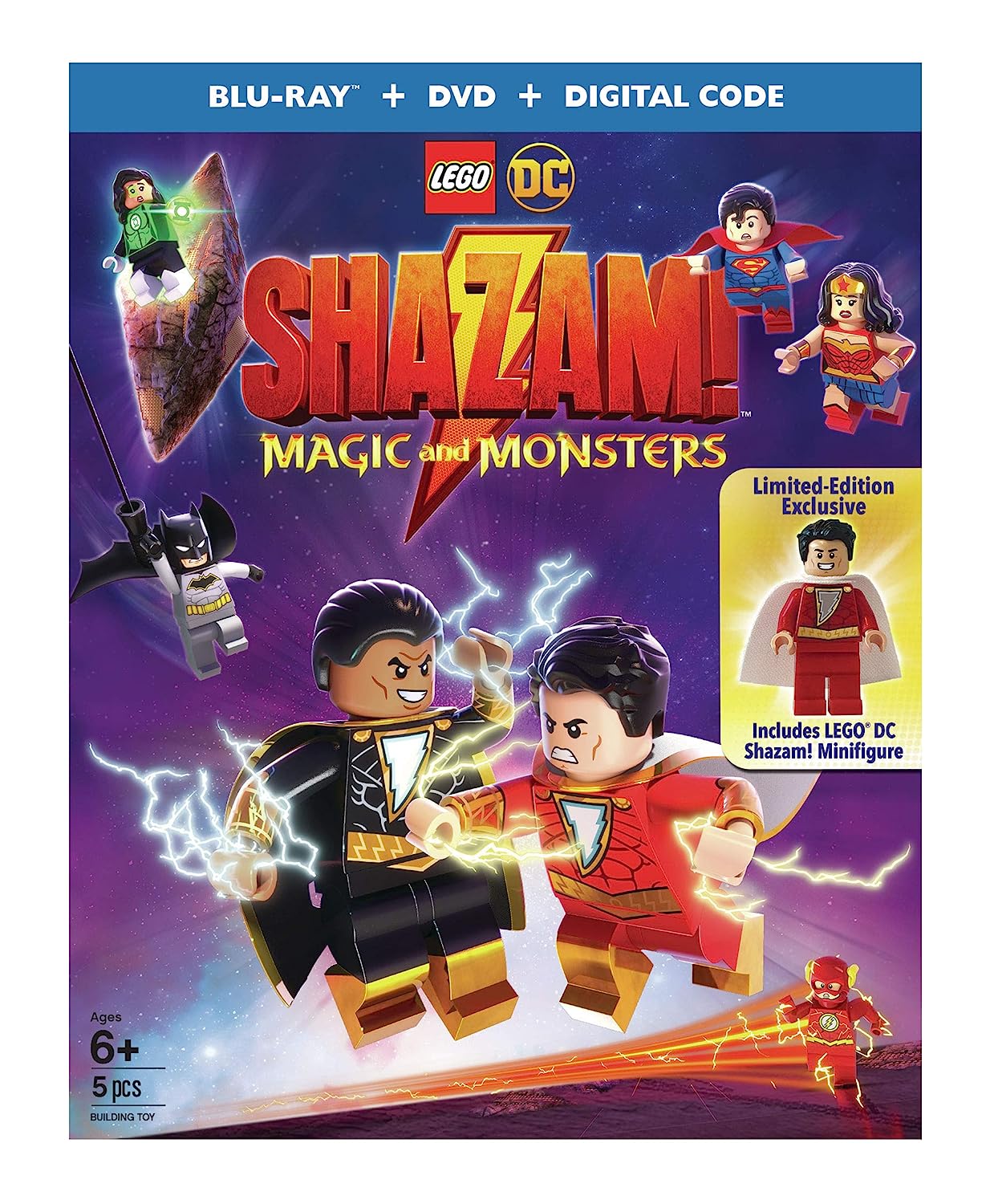 If you’ve been holding off getting it when it first released, the LEGO DC Shazam!: Magic and Monsters Blu-Ray combo pack has been discounted to $9.99. It was originally priced at $19.99 and it includes the exclusive Shazam minifigure polybag (30623).

Meet the newest…and the youngest…and the nicest hero in town: Shazam! By shouting one word, 10-year-old Billy Batson transforms into an adult Super Hero! It doesn’t take long for Superman, Wonder Woman, Batman and the rest of the Justice League to take notice and invite the earnest do-gooder to join the team. But to become a member, he must reveal his true identity. While fighting off the evil Mr. Mind and Black Adam, Billy learns that he must trust others – and that nothing creates trust like helping those in need. Join the good fight with this giant-sized LEGO DC adventure!