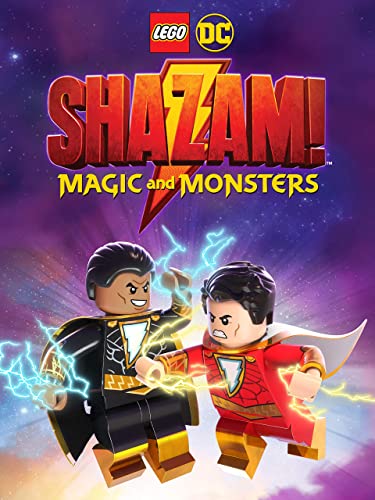 Syfy has released a first look at the upcoming direct-to-home movie LEGO DC: Shazam! – Magic & Monsters. Shazam gets to star in his own LEGO animated movie now and is voiced by Sean Astin. The premise of this movie is that Black Adam and Mr. Mind along with the Monster Society of Evil turn the Justice League into kids. The minifigures even got short legs and there are also vehicles that could be in the LEGO Mighty Micros line if it continued on.

LEGO DC: Shazam! – Magic & Monsters releases this spring and Target is the only place so far you can pre-order it in the US. If you’re in the UK, Amazon has it up as well. If you remember from last year, there was a Shazam (30623) polybag that surfaced online but we didn’t know where it came from or where to get it. Perhaps it could be included in the Digital/Blu-Ray Combo Pack.