Way back in February, we got our first look at the upcoming LEGO DC Super Heroes Visual Dictionary that will be released in September. Of course, a majority of the DK books will include an exclusive minifigure and we now know who that character is thanks to Amazon France.

You can now pre-order the LEGO DC Super Heroes Visual Dictionary with a price of $21.99 but you do have the Amazon Pre-Order Price Guarantee so if goes cheaper between now and the release, you’ll pay the lowest price.

Thanks to Justin for the heads up! 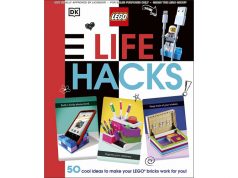