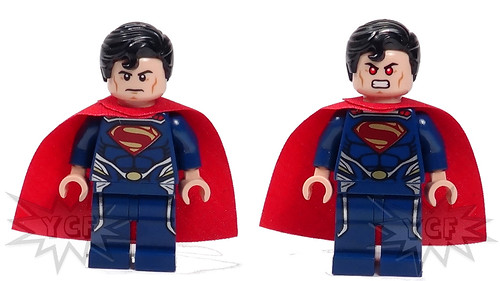 Our buddies over at YourCreativeFriends have gotten their hands on the new 2013 LEGO DC Universe Man of Steel Superman minifigure and has done a review on it. We’ve already seen images of it before but this is a nice closeup look of the minifigure. The version of Superman is based on the Man of Steel movie starring Henry Cavill and is to be released on June 14th. The minifig will be in 3 sets this year: Superman Metropolis Showdown (76002), Superman: Battle of Smallville (76003), and Superman: Black Zero Escape (76009).