The new 2014 LEGO DC Universe Super Heroes sets are starting to hit shelves and the first and only one I was able to find was the Batman: Man-Bat Attack (76011) at my local LEGO Store. The set contains 184 pieces and retails for $19.99 which comes out to about $0.11/piece which is pretty decent for a licensed set. The box includes two numbered bags, one instruction booklet, a comic, and a small sticker sheet. 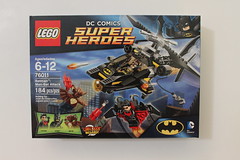 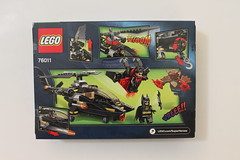 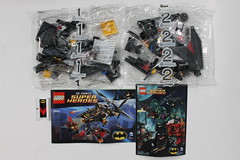 There are three minifigures included in the set: Batman, Nightwing, and Man-Bat. Batman is the same minifigure that we’ve gotten in previous sets that included him. The only change is that he has a new, slightly redesigned cowl. Bruce still has the same double-sided head with serious/smirk expressions with the headband. He has the Batarang as his accessory with another one included as an extra. 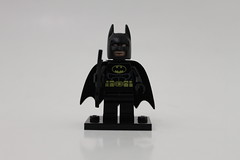 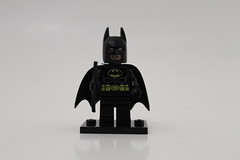 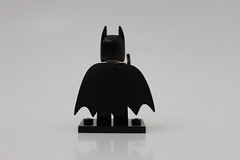 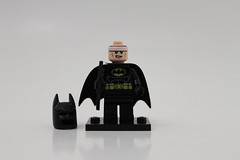 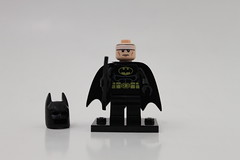 Nightwing makes his triumphant return as a LEGO minifigure but this time, he is in The New 52 red outfit. The emblem on the outfit goes from the front and continues to the back. On his head, he wears a mask with red eyes and also has double-sided head with a serious look on one side and the smirk on the other. He also has a cool anime spiky hair. Contrary to what we’ve previously thought, Nightwing does not come with his escrima sticks. In its place, he has a brick-built jetpack as his accessory. 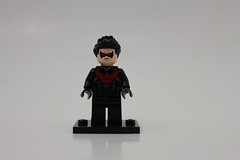 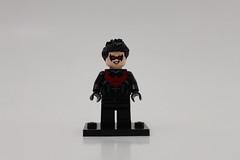 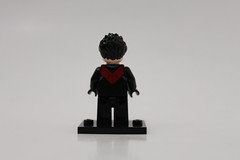 Man-Bat has been seen before in the LEGO Batman video games but is a new character introduced as a LEGO minifigure in the DC Super Heroes line. He is the same minifigure that was in the Series 8 Collectible Minifigures as well as the LEGO Monster Fighters Vampyre Castle (9468) but with updated printing for both the head and the torso. Man-Bat has a double-sided head with an evil grin on one side and a scared expression on the other. He has a couple sticks of dynamite as is accessories. 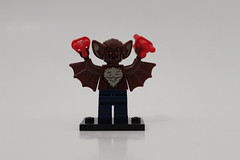 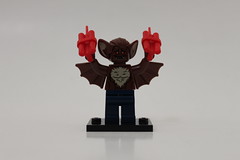 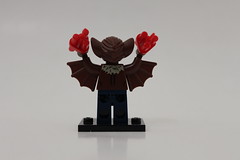 The Batcopter is a pretty good build and has an updated, sleeker design than the one in the 2007 The Batcopter: The Chase for Scarecrow (7786). The cockpit is fairly large which allows Batman to comfortably sit in there and not have his cape wrinkled. Right in front of cockpit is where you apply the Batman sticker emblem. The Batcopter sits and rolls on three wheels, two in the back which are lower than the front one. This gives the vehicle a slanted look if you look closely. In front of the nose below the cockpit is a trans-orange rounded plate which acts as a spotlight. On each side of the Batcopter are some flick-fire missiles. Usually they are placed in weird areas of the vehicles but in this set, they give the copter an attack copter look which actually looks pretty nice. The rotors are very large and the tail fin has the signature bat wing that usually appears somewhere on Batman’s vehicles. On the back of the underside of the Batcopter is a tow cable that gives the vehicle more play features. 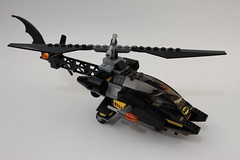 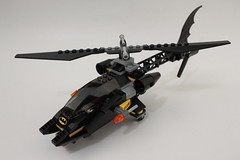 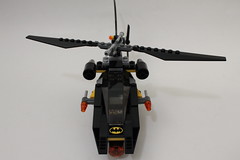 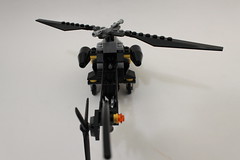 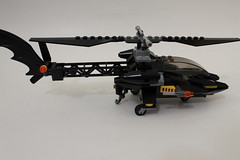 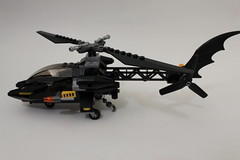 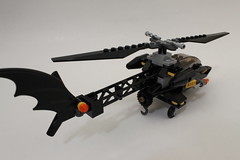 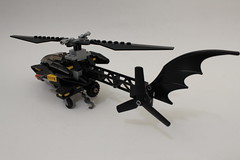 For the other build, as mentioned before, is Nightwing’s jetpack. It has good things and bad things to say about it. Let’s start with the good. The top-side has a pretty cool futuristic to it. The sticker adds more detail to the design more than you think. The jetpack features a couple of grappling hooks as well as a couple of trans-orange cones to act as thrusters. Now on to the bad things about it. The underside of the jetpack is horrible. There are no details to it whatsoever. Also, it does not stand because it is back heavy. It’s not that big of a deal but it would’ve been nice to stand it up. 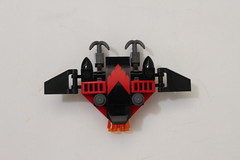 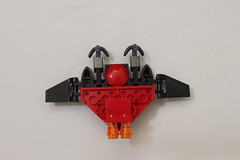 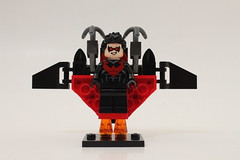 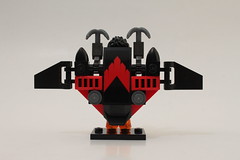 Overall, the Batman: Man-Bat Attack (76011) is a really great start to the 2014 DC Universe Super Heroes sets. The new minifigures are pretty cool especially the return of Nightwing after an 8 year absence. Man-Bat is a nice addition although I wished LEGO would have used a new mold for him instead of a reprint of older minifigures. The Batcopter is very nicely designed and playable for younger audiences. For $20, you get a great set with some cool minifigures. Nothing wrong with that! I highly recommend picking it up. It should be available at the LEGO Store and most major retailers. 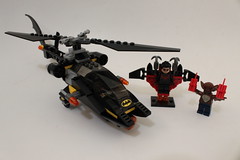