is currently having a deal going on for the LEGO DC Universe Super Heroes Jor-El Minifigure Polybag (5001623). From June 1st to June 25th, while supplies last, you can get it for FREE with a purchase of $75 or more. 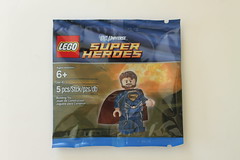 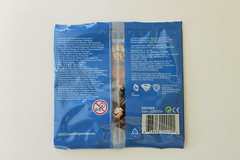 The polybag contains five pieces. The cape is not protected by any cardboard. The design of Jor-El looks very similar to Superman with some subtle differences. The whole costume is a little bit darker blue than his son’s. However, the “S” emblem on the middle of the chest is of brown. His cape is also brown colored instead of the red that superman has. Jor-El has a single-sided head with a serious expression. He has a full beard that is brown and grey. The hairpiece is also brown. 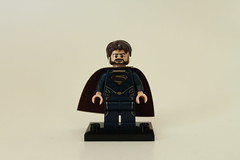 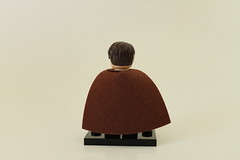 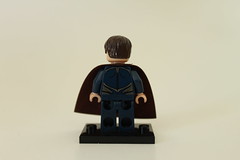 The Jor-El minifigure is a very nice addition to any LEGO collection. Although the design is similar to Superman, the differences he has makes him a unique minifigure. Again, the minifigure is a bonus exclusive when you spend over $75 at LEGO stores and [email protected]

. The summer wave sets of many LEGO themes have been released so it can be pretty easy to get a couple of the polybags. 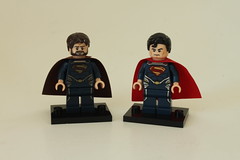