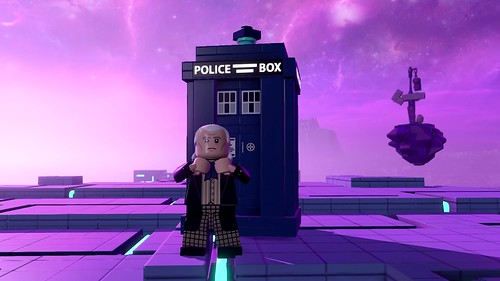 If you didn’t catch all the different Doctors in the San Diego Comic Con LEGO Dimensions Doctor Who trailer video, I’ve taken screenshots of all thirteen Doctors that is included with the Doctor Who Level Pack (71204) since I got a few emails wanting close up shots of them. All twelve incarnations as well as the War Doctor are all playable characters in the game and a cool mechanic is that if you die while playing the Doctor, you’ll return as the 1st Doctor and regenerate all the way back up to the current 12th Doctor. Which incarnation are you looking forward to playing as? Check out more details of the Doctor Who Level Pack in the official press release below.

Fans who want more Doctor Who in LEGO Dimensions will be able to purchase theDoctor Who Level Pack which includes an additional mission-based Doctor Who level, along with a LEGO minifigure of the 12th Doctor and LEGO models of the TARDIS and K-9, all playable in the game. When the 12th Doctor is defeated in the level, he returns as the 1st Doctor and then regenerates back up to the 12th Doctor again. The interior of the TARDIS will reflect the corresponding Doctor the player embodies or can be manually selected. There’s even a jukebox inside where players can choose among different versions of the Doctor Who theme music. The TARDIS and K-9 models can each be physically built and then rebuilt twice to do entirely different things in the digital game for massive variety.