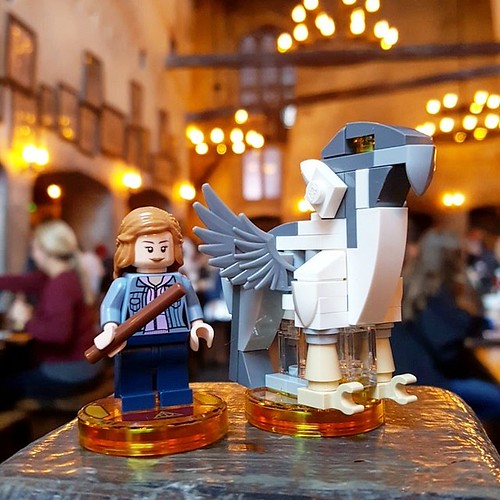 Last night, I reported on the first look at the LEGO Dimensions Hermione Fun Pack (71243) which was officially revealed at the Harry Potter Celebration at Universal Studios. Today, there is now some gameplay footage of the Fun Pack which shows off some of the spells that Hermione uses such as Riddikulus, Wingardium Leviosa, as well as a protective barrier charm. It also shows some footage of the Buckbeak build. In addition to that you also get to play in the Harry Potter Adventure World and Battle Arena.

It is stated that the LEGO Dimensions Hermione Fun Pack (71243) will be released in the spring but no mentioning of the exact release date. It is rumored that the date will be March 21 which is when the Wave 8 sets are available. The Fun Pack has 64 pieces and will most likely retail for $11.99.