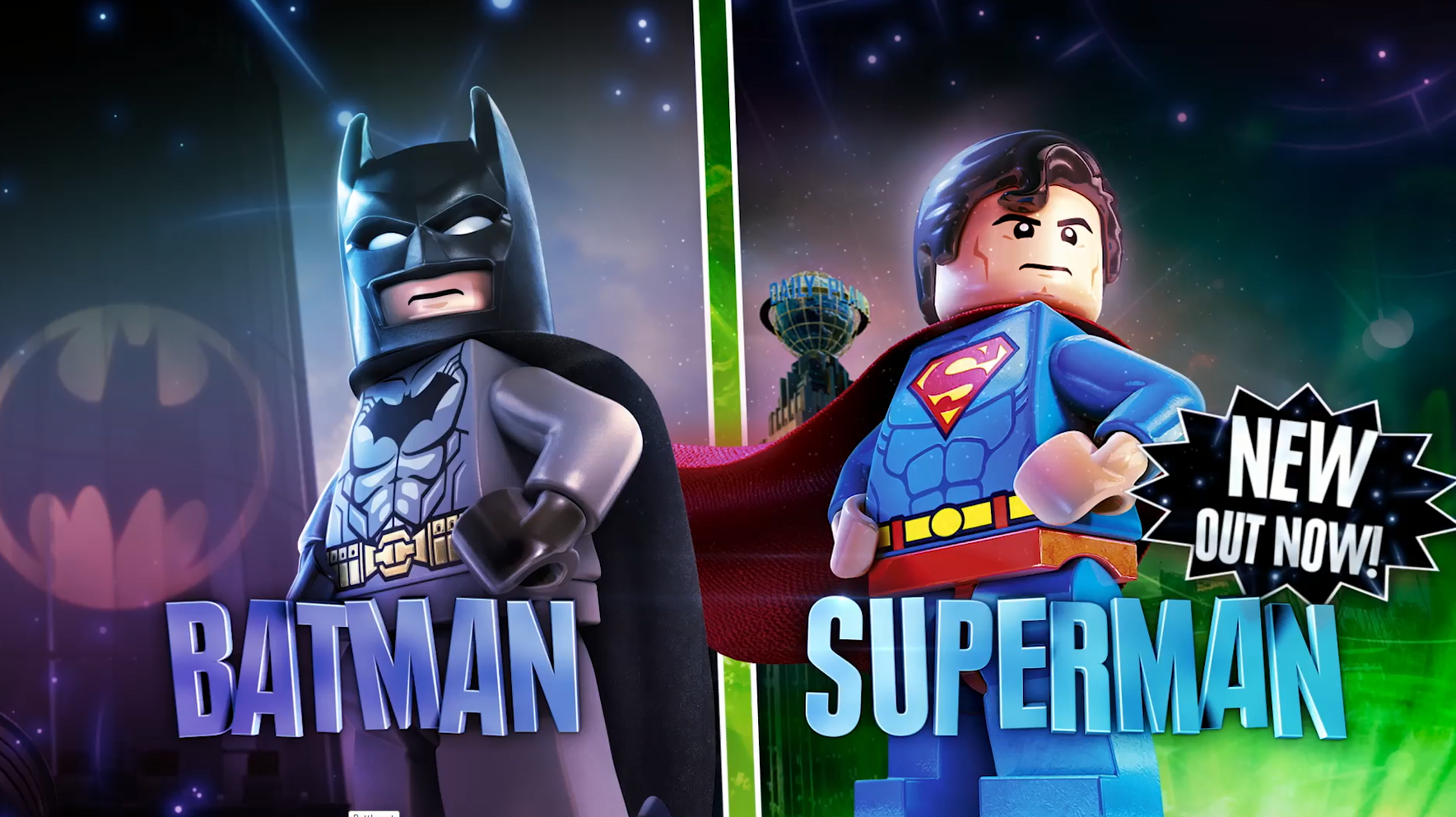 To celebrate the upcoming release of “Batman v Superman: Dawn of Justice”, Warner Bros. Interactive Entertainment has released an epic new LEGO Dimensions trailer bringing The Dark Knight, the Man of Steel and DC Comics’ mightiest heroes face to face with the universe’s most notorious supervillains.

Warner Bros. Interactive Entertainment today released a new trailer for LEGO Dimensions in celebration of Batman v Superman: Dawn of Justice, the first live-action film to feature both Batman and Superman, as well as the first theatrical live-action portrayal of Wonder Woman.

Fans can build and play with these iconic DC Comics Super Heroes and more in LEGO Dimensions. Not only does the Starter Pack come with a buildable Batman minifigure and 3-in-1 rebuildable Batmobile, but players can also customize their building and gaming adventures with the purchase of additional DC Comics expansion packs. These packs include the DC Comics Team Pack and five different Fun Packs which each provide additional gameplay, buildable characters, and rebuildable vehicles and gadgets with special in-game abilities. Expansion Packs from the worlds of The Lord of Rings, The LEGO Movie, Ghostbusters, LEGO Ninjago, The Simpsons, and many more, let players create new, unexpected super alliances of their choosing in the quest to defeat the evil Lord Vortech.

The DC Comics Aquaman Fun Pack features a buildable Aquaman minifigure and Aqua Watercraft. Players can dive into gameplay as the King of the Seven Seas and activate his special Dive, Growth, Atlantis and Hazard Cleaner abilities to solve puzzles and take battle enemies.

Players can add a touch of mischief to their LEGO Dimensions gameplay with the DC Comics Team Pack featuring the demented duo of The Joker and Harley Quinn. Activating The Joker’s powerful Grappler, Target, Hazard and Electricity abilities or Harley Quinn’s Acrobat and Super Strength abilities will help them to solve puzzles and battle enemies. When things get tough, players can send in The Joker’s Chopper and Harley’s Quinn-mobile, and then rebuild them – respectively – into the Mischievous Missile Blaster and The Joker’s Lock ‘n Laser Jet; or the Quinn Ultra Racer and Missile Launcher for upgraded abilities in the game.

Coming up in Wave 5, available May 10, 2016, players can broaden their LEGO Dimensions gameplay with the villainous DC Comics Bane Fun Pack with includes a buildable Bane minifigure and a 3-in-1 Drill Driver which can rebuild it into the Bane Dig ‘n Drill and the Bane Drill ‘n Blast for upgraded in-game abilities.