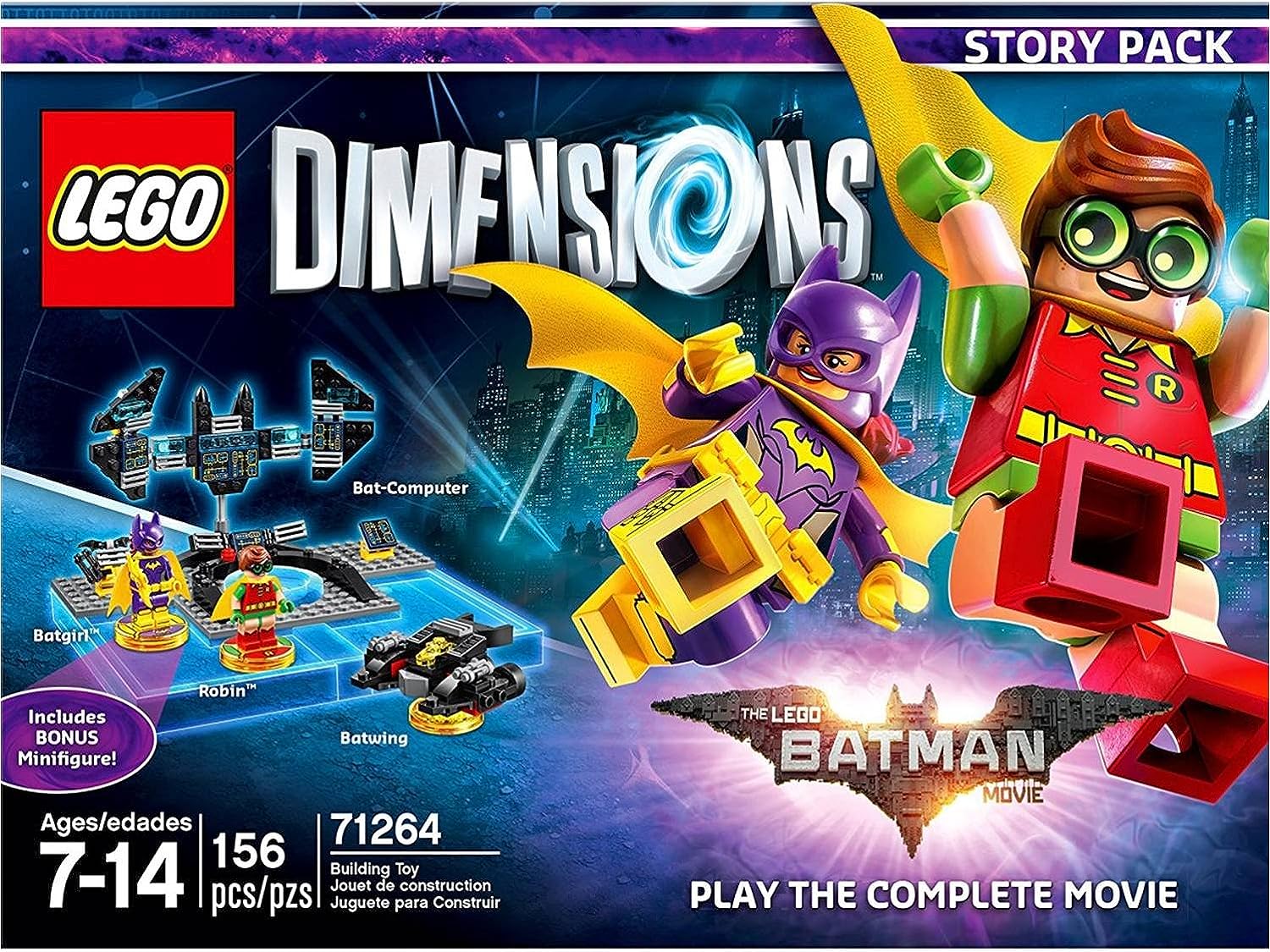 There’s still a little over a week until LEGO Dimensions The LEGO Batman Movie Story Pack (71264) will be released but Amazon has it discounted for 40% off. If you haven’t pre-ordered it yet, now is a great time to especially to add tons of content to Dimensions when it comes out on February 10. The Story Pack includes Robin and Batgirl as well as buils of the Bat-Computer and Batwing.

Fight crime with Batgirl and Robin in the streets of Gotham with the all-new THE LEGO BATMAN MOVIE Story Pack! Build an all-new Bat-Computer gateway for your LEGO Toy Pad and then activate Batgirl’s and Robin’s special abilities to solve puzzles and battle enemies. Take flight with the Batwing to accelerate your gameplay, and then rebuild it into The Black Thunder and Bat-Tank for enhanced in-game powers. This set includes a Bat-Computer gateway build, buildable Batgirl and Robin minifigures, a 3-in-1 Batwing vehicle, six new game levels and The LEGO Batman Movie Adventure World with a Battle Arena.