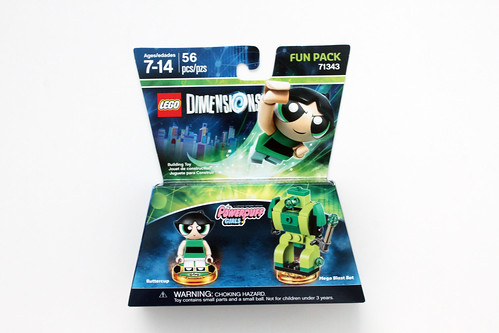 Continuing with my reviews of the Wave 9 LEGO Dimensions sets, I will now take a look at The Powerpuff Girls Buttercup Fun Pack (71343). It contains 56 pieces and retails for $11.99. As with my other LEGO Dimensions pack reviews, I’m only reviewing the sets themselves and not so much on the gameplay. 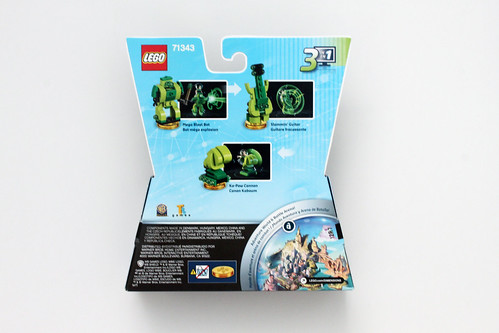 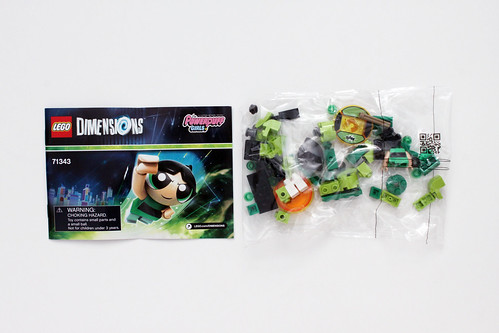 Buttercup is the toughest out of all the members of the Powerpuff Girls and it looks like this version is based on the new 2016 series. The torso is very bland with it being green with a black stripe on the front and back. The arms are flesh colored. The legs are also bland with her having white pants with some printing of the shoes on the feet. 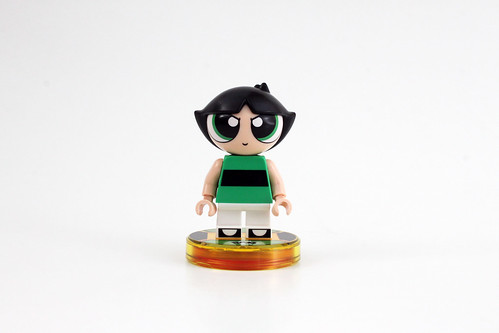 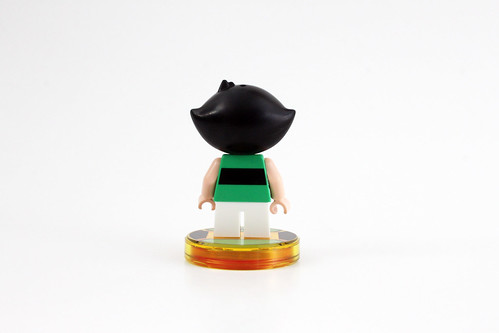 The main thing here is Buttercup’s new head mold. The eyes are very big with some green on it. The hair is short with her unique style including the little trangle part in the front. There’s also a little cowlick on the top as well. Buttercup comes with the RFID reader that shows the word “BAM” on the front. 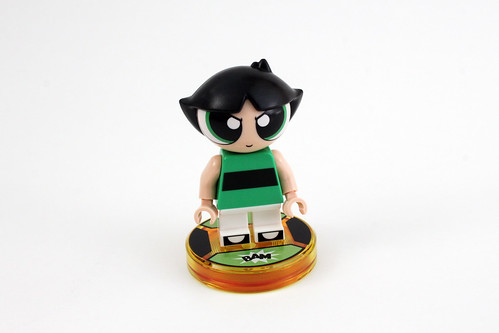 The main build for The Powerpuff Girls Fun Pack is the Mega Blast Bot. It’s a mech that is mainly lime green colored with some regular green spread throughout. There’s nothing much on the bulid itself as it’s a basic looking mech. It does come with a RFID reader as well. The alternate builds are a Slammin’ Guitar and a Ka-Pow Cannon. 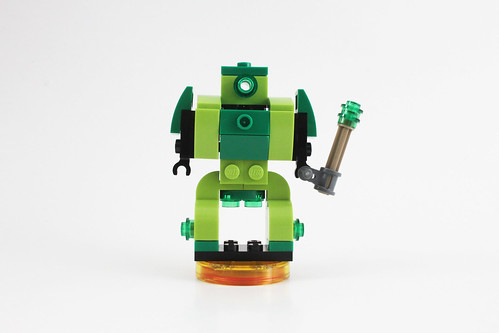 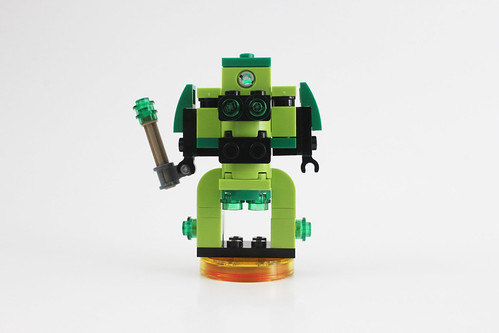 As part of the Fun Pack, you get access to the Townsville Adventure World and the Battle Arena. You can also connect it with The Powerpuff Girls Team Pack (71346) to get the full team on screen. It is advertised that Buttercup’s super powers are an Energy Shield and Flight.

When the LEGO Dimensions The Powerpuff Girls Buttercup Fun Pack (71343) was first announced fans of the show were excited to see that LEGO would actually produce Powerpuff Girls minifigures. Buttercup looks good and I do like that the minifigure looks true to the cartoon counterpart. The Mega Blast Bot is a pretty bland build but I do like the look of the guitar alternate build. 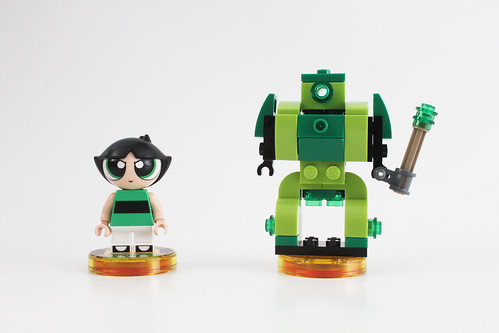 Thank you to Warner Bros. Interactive Entertainment for sending in this set for me to review. The content above represents my own opinion and not the company. Review sets sent in does not guarantee a positive review.