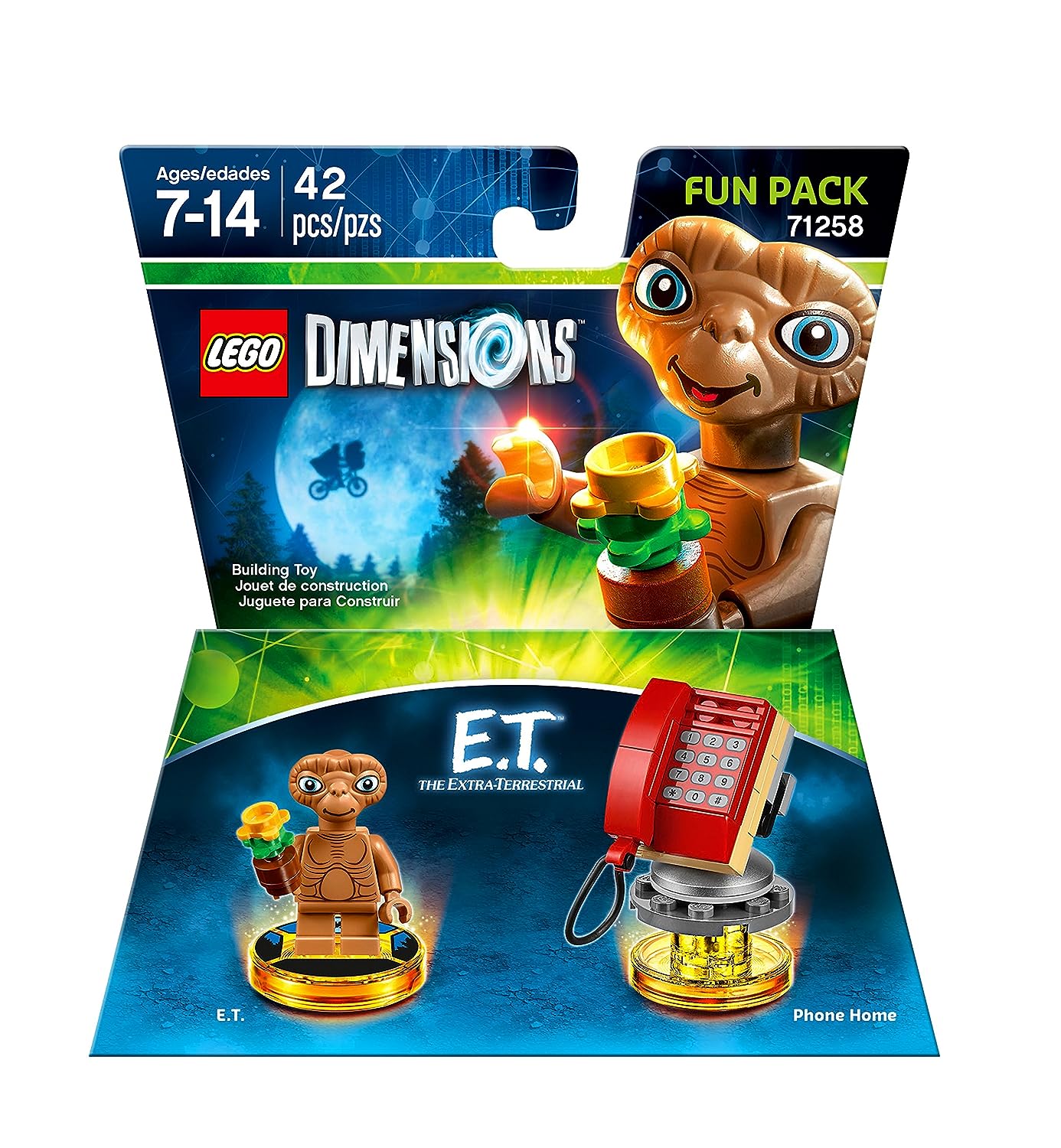 Amazon has now listed some of the LEGO Dimensions Year 2 Wave 7 expansions packs for pre-order. All of these expansion packs will be available on November 18, 2016. The only pack not listed on Amazon is the Adventure Time Marceline Fun Pack (71285) which is a Toys R Us exclusive.

Take E.T. home and add him to the mash-up adventure of your favorite LEGO Dimensions characters! Build and place him on the LEGO Toy Pad to send him into the game with his Illumination and Fix-It abilities, or activate his special Stealth and Telekinesis skills to make your way around the multiverse. Unlock the exclusive Adventure World and Battle Arena and build E.T.’s iconic Phone Home device, then rebuild it into the Mobile Uplink and Super-Charged Satellite for additional in-game abilities. 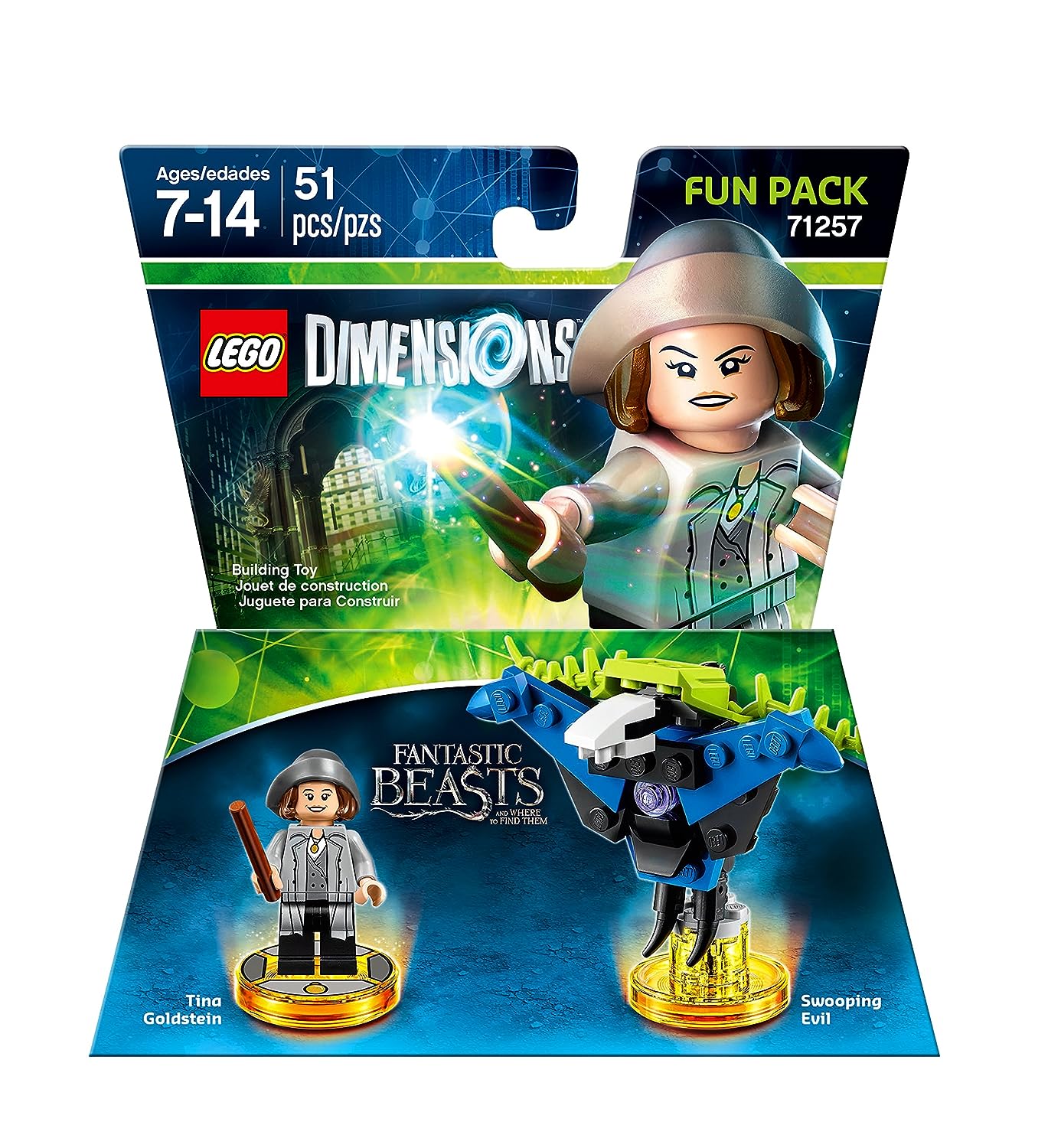 Explore more of the LEGO multiverse with Tina Goldstein from Fantastic Beasts and Where to Find Them! Build and place Tina on the LEGO Toy Pad to send her into the game where she can cast Aguamenti to help solve puzzles and Protego to keep her safe from enemies. Unlock the Adventure World and Battle Arena and build the Swooping Evil if you need a rescue, then rebuild it into the Brutal Bloom and Crawling Creeper. 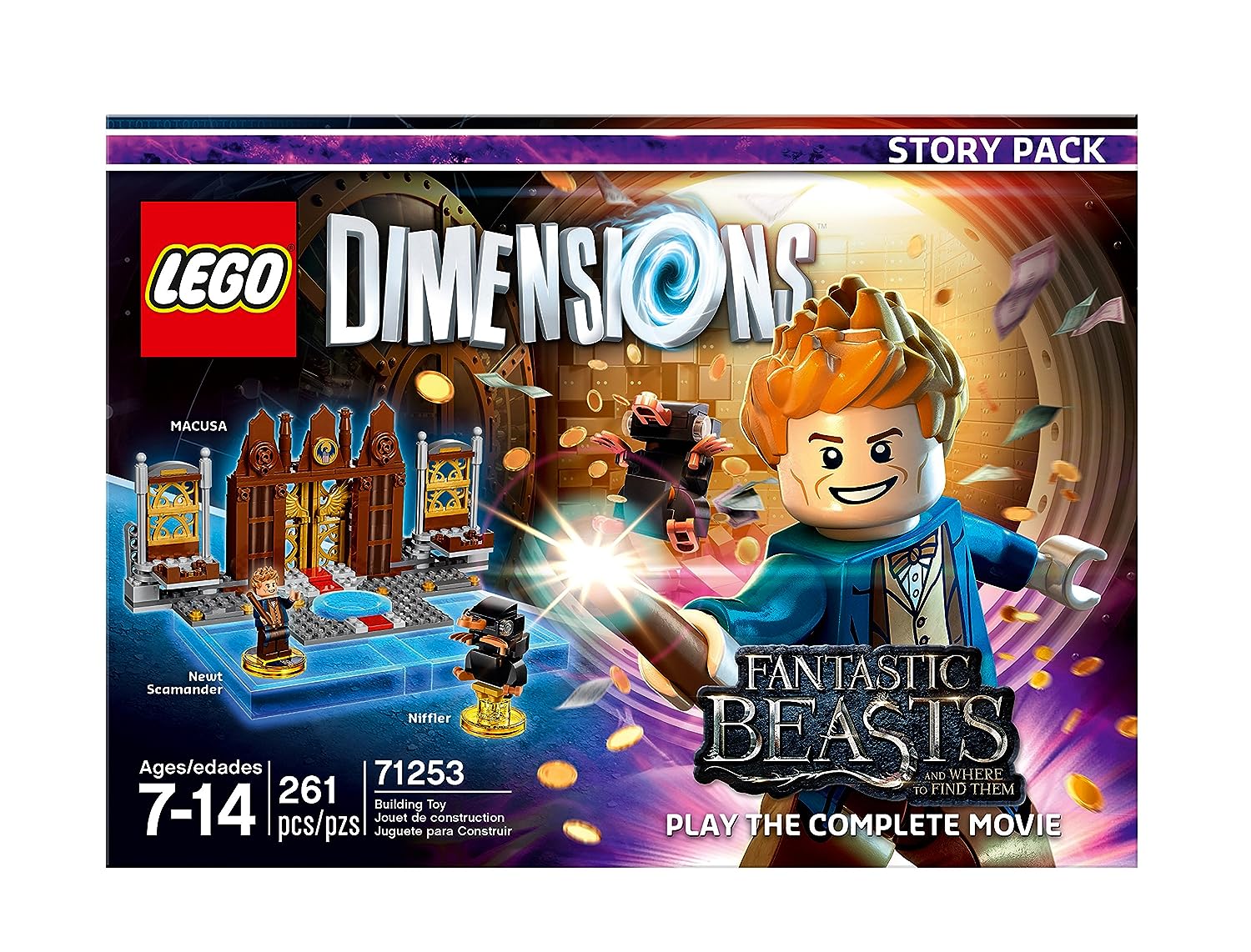 Take your adventure into the wizarding world with the all-new Fantastic Beasts and Where to Find Them Story Pack! Play the complete movie and help Newt Scamander find his escaped magical creatures in New York City across 6 action-packed levels of gameplay. Use a variety of spells, including Diffindo, Reparo and Lumos, and interact with creatures like the Niffler, Swooping Evil, Bowtruckle and more. You can even build the Niffler and then rebuild it into the Sinister Scorpion and Vicious Vulture. Customize the LEGO Toy Pad with the MACUSA gateway build, and unlock the Fantastic Beasts and Where to Find Them Adventure World and Battle Arena. 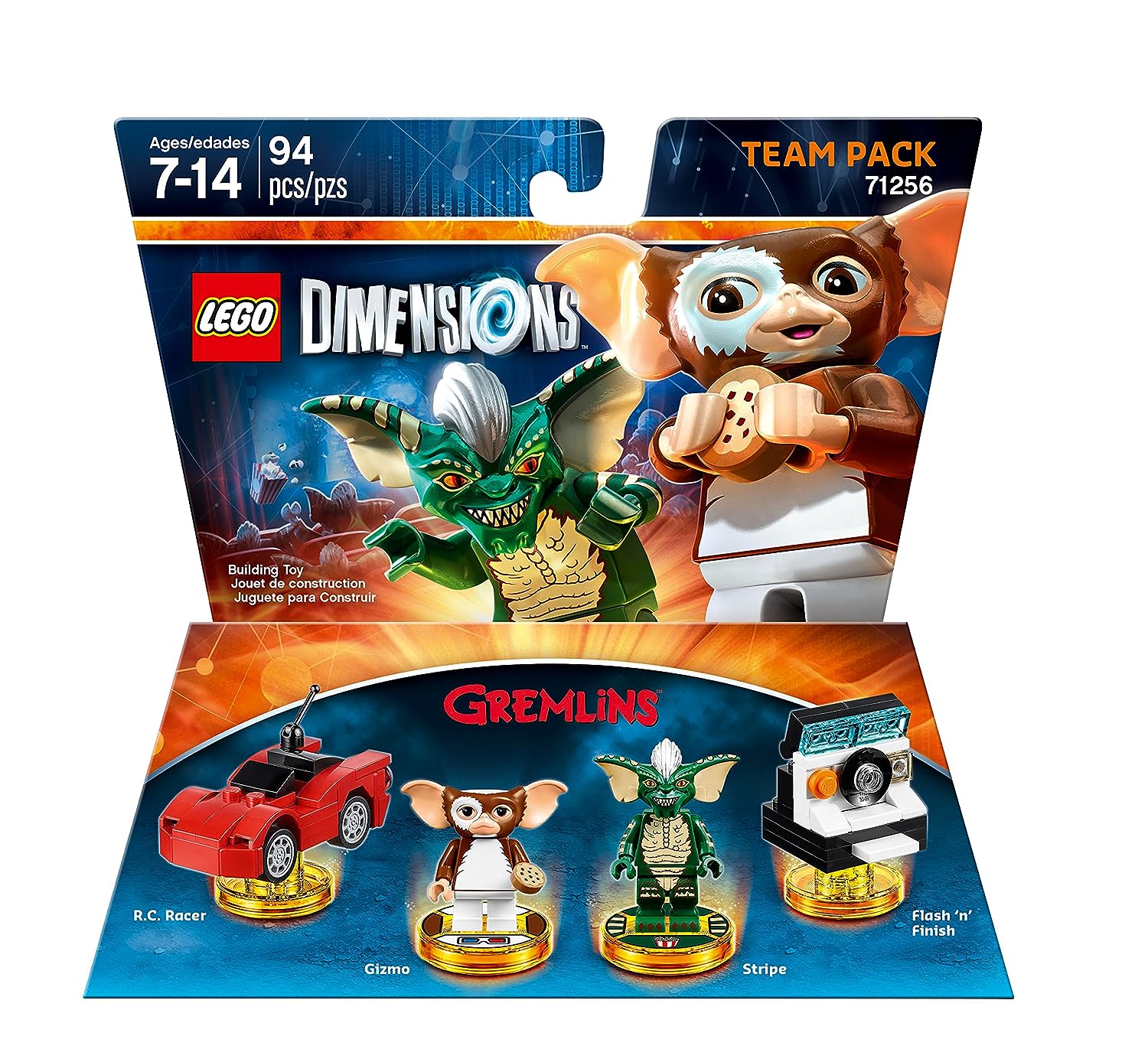 Bring Gremlins to life in LEGO Dimensions with Gizmo and Stripe! Build the popular rivals on the LEGO Toy Pad and launch them into the multiverse. Use Gizmo’s Combat Roll and Dash Attack abilities to get him out of sticky situations but watch out for Stripe as he uses his claws with his Vine Cut ability. Unlock the exclusive Adventure World and Battle Arena and jump into the R.C. Racer, or grab the Flash ‘n’ Finish for some bright light fun. Rebuild the R.C. Racer into Gadget-o-matic and Scarlet Scorpion, and the Flash ‘n’ Finish into Rampage Record Player and Stripe’s Throne. 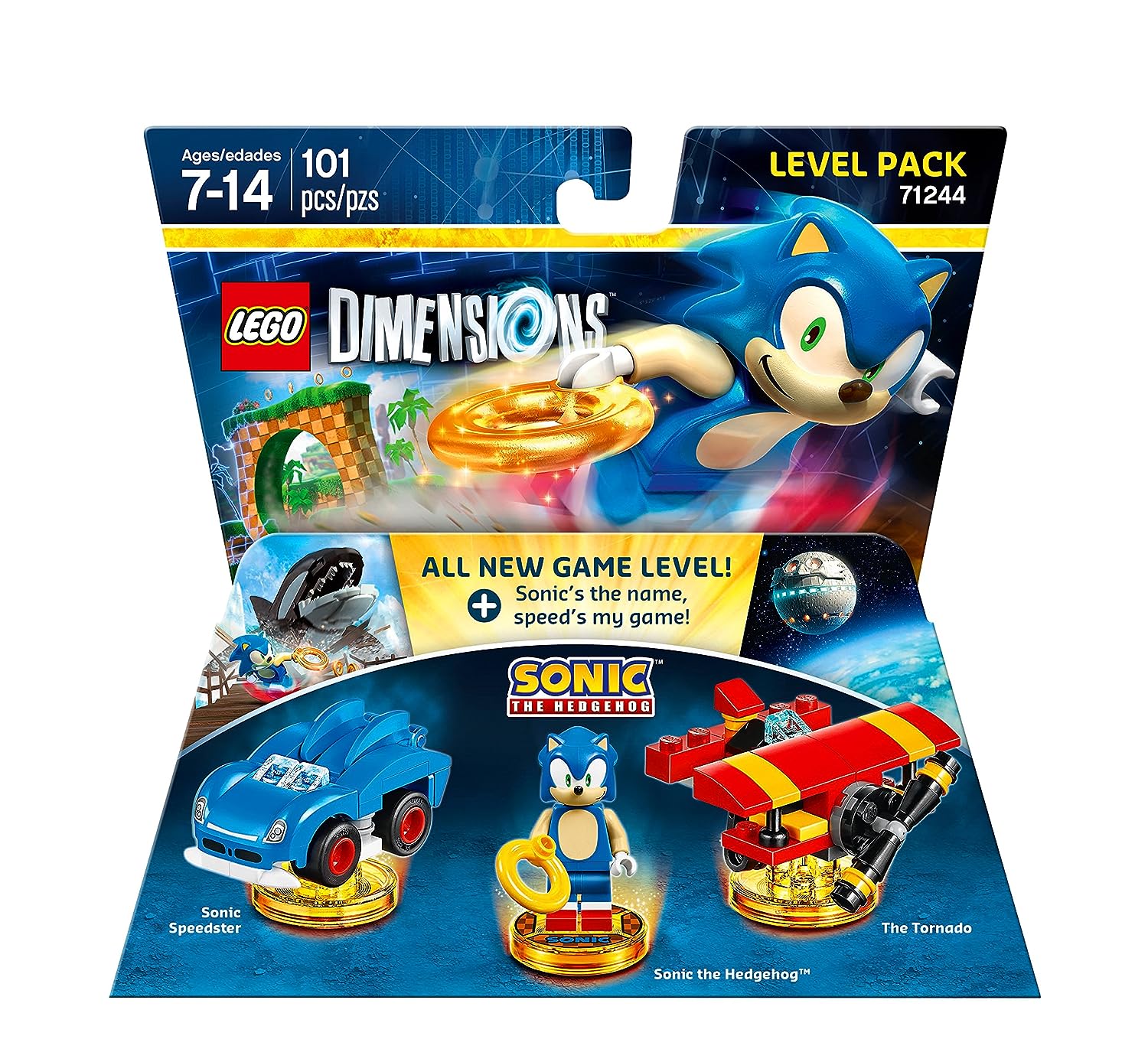 The Blue Blur is ready for an adventure! Spin into action with Sonic the Hedgehog as he speeds through some of his most iconic locations including Green Hill, Emerald Coast, Labyrinth and many more. Build Sonic and use his Acrobat ability to swing off poles and avoid the Badniks, then use his famous grind rails move to make a quick escape! Travel in style by hopping into the Sonic Speedster or The Tornado, then rebuild them into the Blue Typhoon and Motobug, and the Crabmeat and Eggcatcher for extra-special abilities. Unlock the exclusive Sonic the Hedgehog Adventure World and Battle Arena.