It was only last week that LEGO announced the LEGO Disney Collectible Minifigures Series 2 (71024) and they will be available starting on May 1. Some of our fellow European RLFM outlets have started receiving their review copies and we now have some new details of the set. As far as the distribution of the minifigures, there are reported to be two complete sets per box and there will be some rarity in some of the minifigures. Three of them (Huey, Dewie, Louie) will only have two per box which is somewhat disappointing but at least there aren’t any that only one per box like with the Harry Potter series. The breakdown of the Series 2 Disney Collectible Minifigures are as below.

We’ll be receiving our review box this Friday so our review of the set will be some time this weekend or early next week so stay tuned for that. 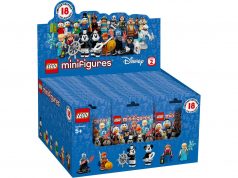 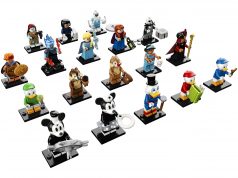