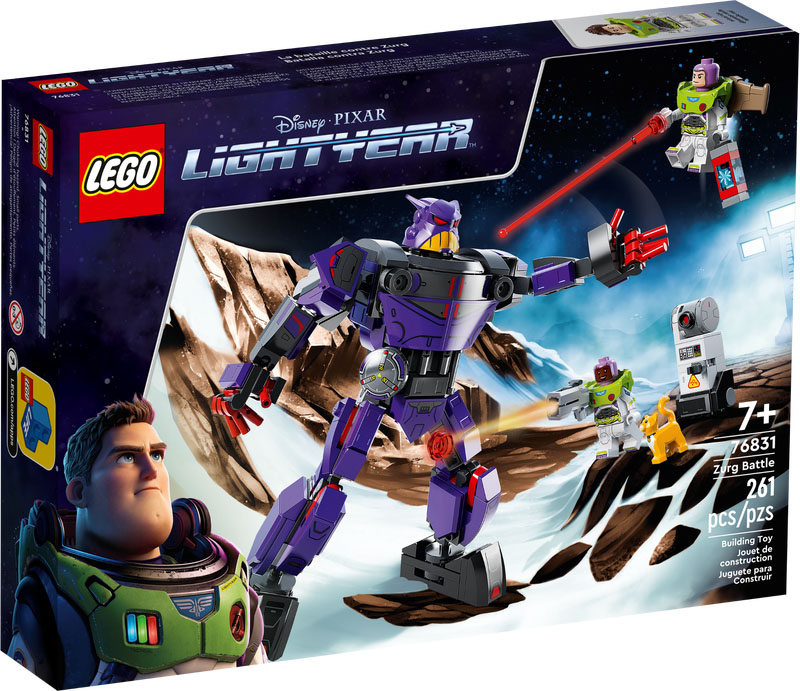 LEGO has revealed three new LEGO Disney Pixar Lightyear sets based on scenes from the upcoming movie. All three sets will be available starting on April 24. 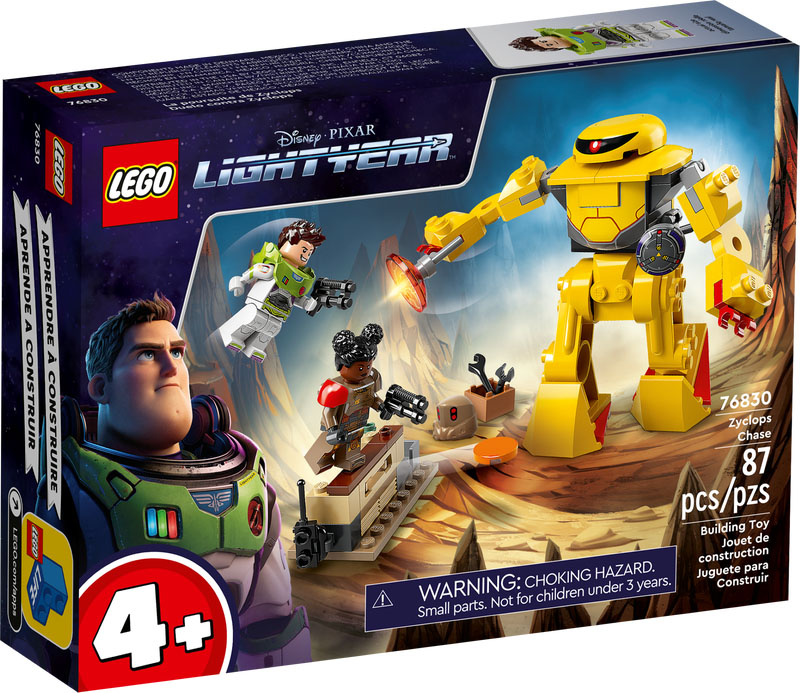 Know a Space-Ranger-in-training who loves Buzz Lightyear? Make their day with the Zyclops Chase (76830) building toy. Fans can recreate scenes from the Disney and Pixar movie Lightyear – the definitive origin story of Buzz Lightyear – as they learn to build with LEGO® bricks. Buzz Lightyear’s minifigure wears a space suit and helmet, and the mech’s cool features include posable arms and legs and a disc shooter for dynamic battle fun.

Simple builds for little Space-Rangers-in-training
LEGO 4+ sets come with clever features for a fun play experience. The Starter Brick provides a sturdy base for building, and there’s a figure in each bag of bricks so the role play can start before the set is completely built. 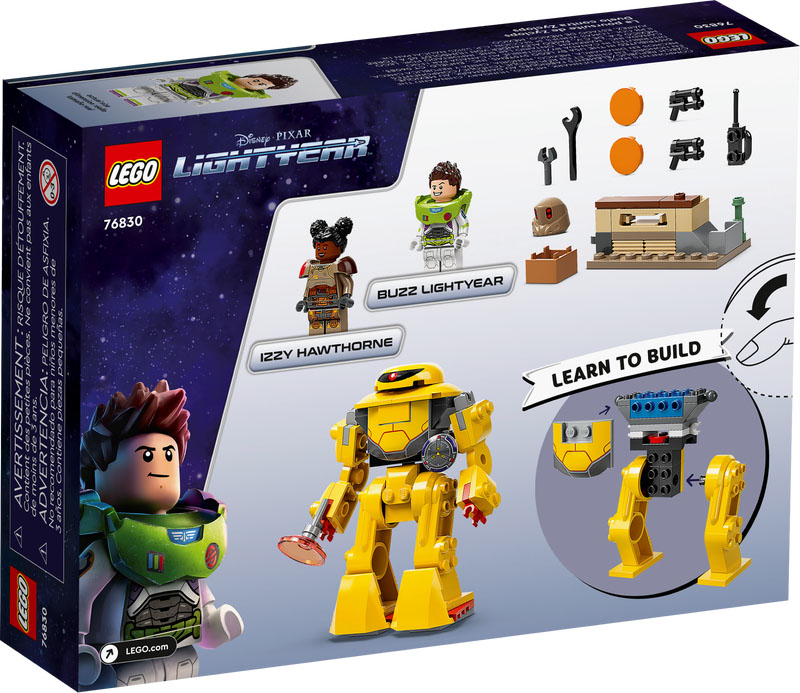 Transport space fans aged 7 and up to the exciting interplanetary world of Disney and Pixar’s Lightyear with Zurg Battle (76831). This creative playset delivers out-of-this-world fun as little Space Rangers join the Buzz Lightyear and Izzy minifigures and Sox the cat to beat evil villain Zurg and reclaim the fuel cell.

Infinite fun
Fans can reimagine scenes from the movie, the definitive origin story of Buzz Lightyear. They’ll battle the evil Emperor Zurg, a buildable robot mech toy with movable arms and legs, using Izzy’s cool stud shooter and Buzz’s wrist laser. This collectible construction kit also encourages fans to venture off script and create cool new battle stories of their own where they’ll learn that by working as a team they can beat the bad guys! 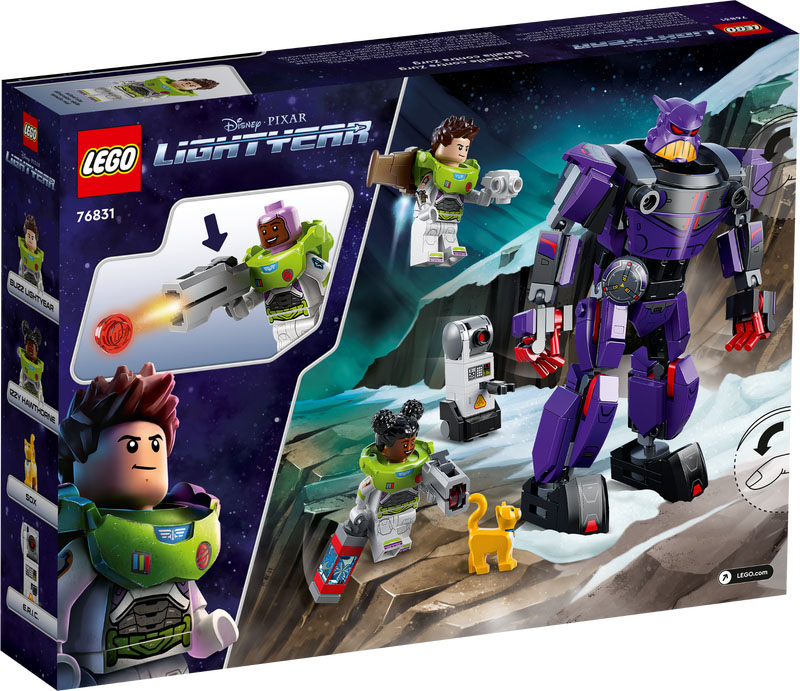 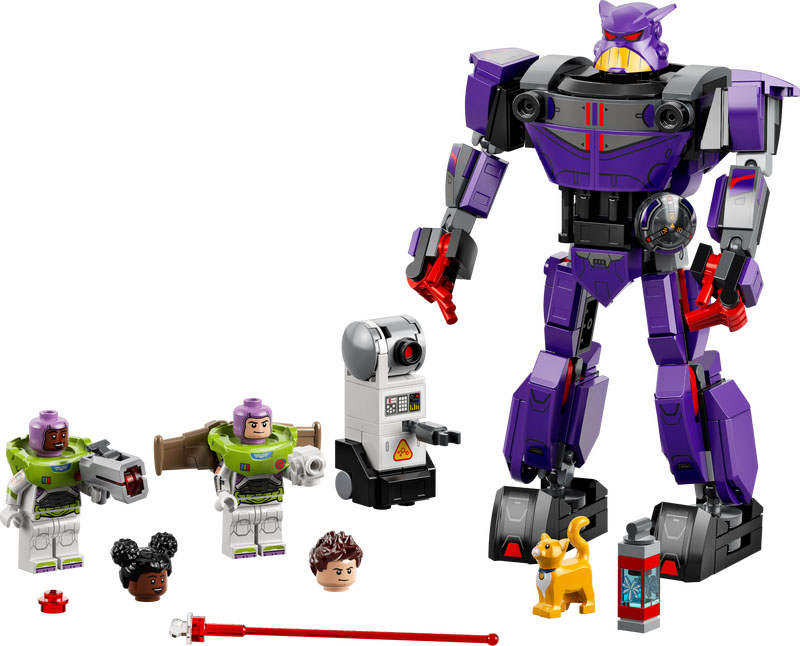 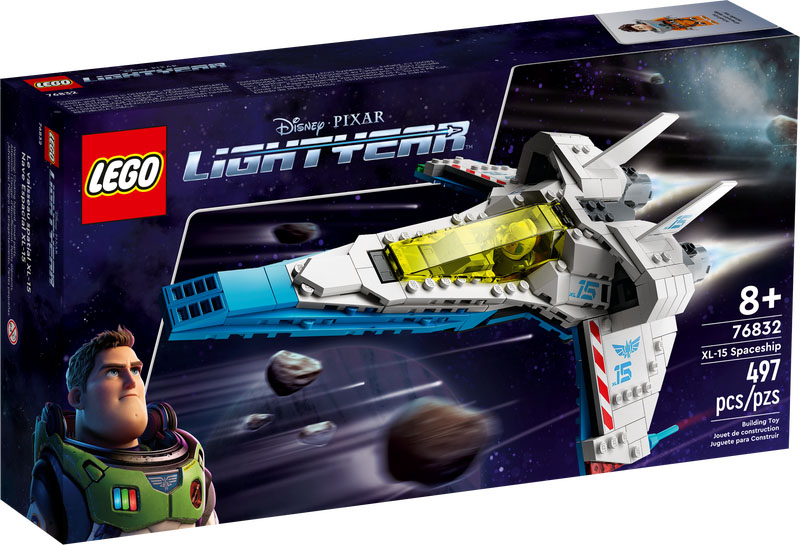 Let space fans aged 8+ play the hero in their own intergalactic adventure with the XL-15 Spaceship (76832) buildable, collectible toy. Imaginations take flight as fans play at travelling through space with Buzz Lightyear in his spaceship on another mission to save the galaxy from evil.

For play and display
This cool buildable spaceship toy features authentic details from Disney and Pixar’s Lightyear, the Buzz Lightyear origin story, such as an opening cockpit that fits the LEGO® Buzz Lightyear minifigure, and a removable fuel cell. The set comes with 4 characters from the movie and 3 weapons, including Darby’s ‘Mr. Boom’ rocket launcher, so fans can recreate scenes from the movie. There’s also a stand with an information plaque so fans of the movie can proudly display their model in their bedroom.

• Buzz’s spacecraft from the movie – Imaginations take flight as fans launch into space with the XL-15 Spaceship (76832) from Disney and Pixar’s Lightyear
• Role-play with Buzz and the team – Comes with 3 LEGO® minifigures, including Buzz Lightyear, a LEGO robot cat figure and 3 weapons. The craft features an opening cockpit and a removable fuel cell 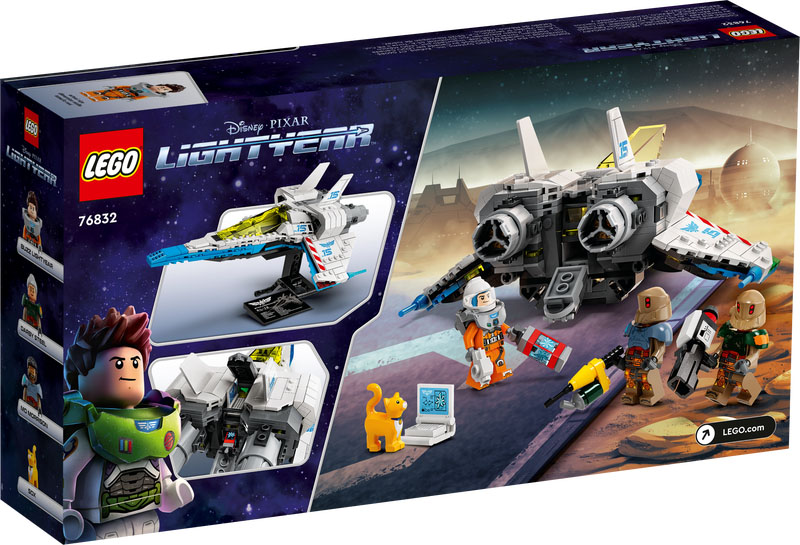