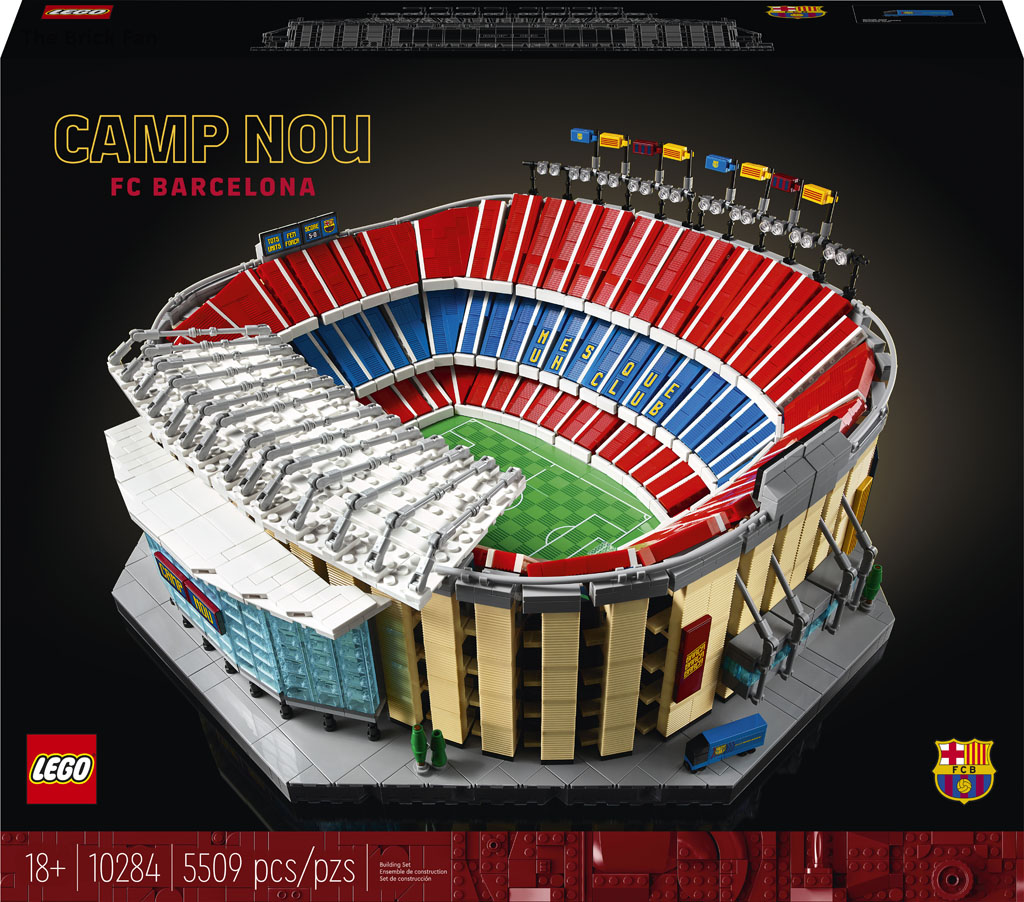 LEGO has officially announced the new LEGO FC Barcelona Camp Nou (10284). The set has 5,509 pieces and will retail for $349.99/£299.99/€329.99. In addition to the release of the set, there is also a trivia for a chance to win the new set, a personalised minifigure in the famous red and blue football strip and a certificate recognising your superfan status. There are a total of 46 prizes up for grabs, one prize for each of the members of FC Barcelona’s female and male first team squads.

In addition, there is also the promotion for the LEGO FC Barcelona Celebration (40485) with purchases of Camp Nou (10284). It will run from September 1-12, while supplies last. 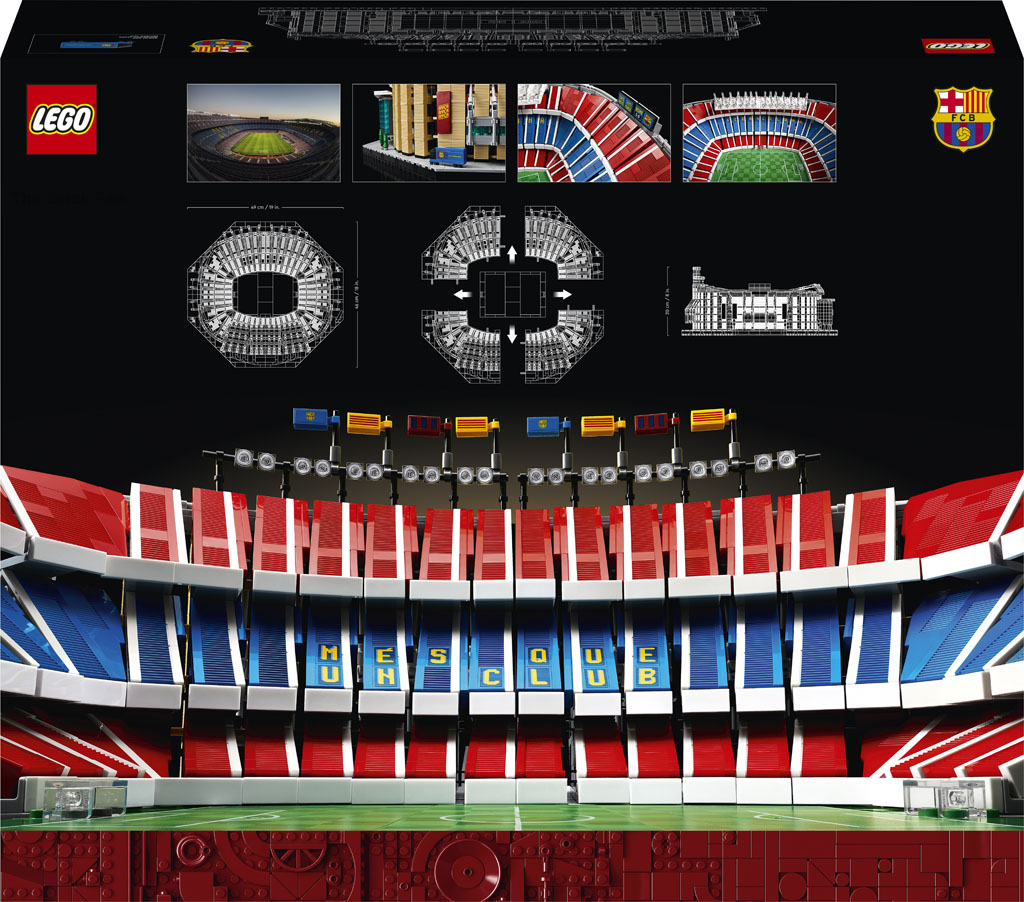 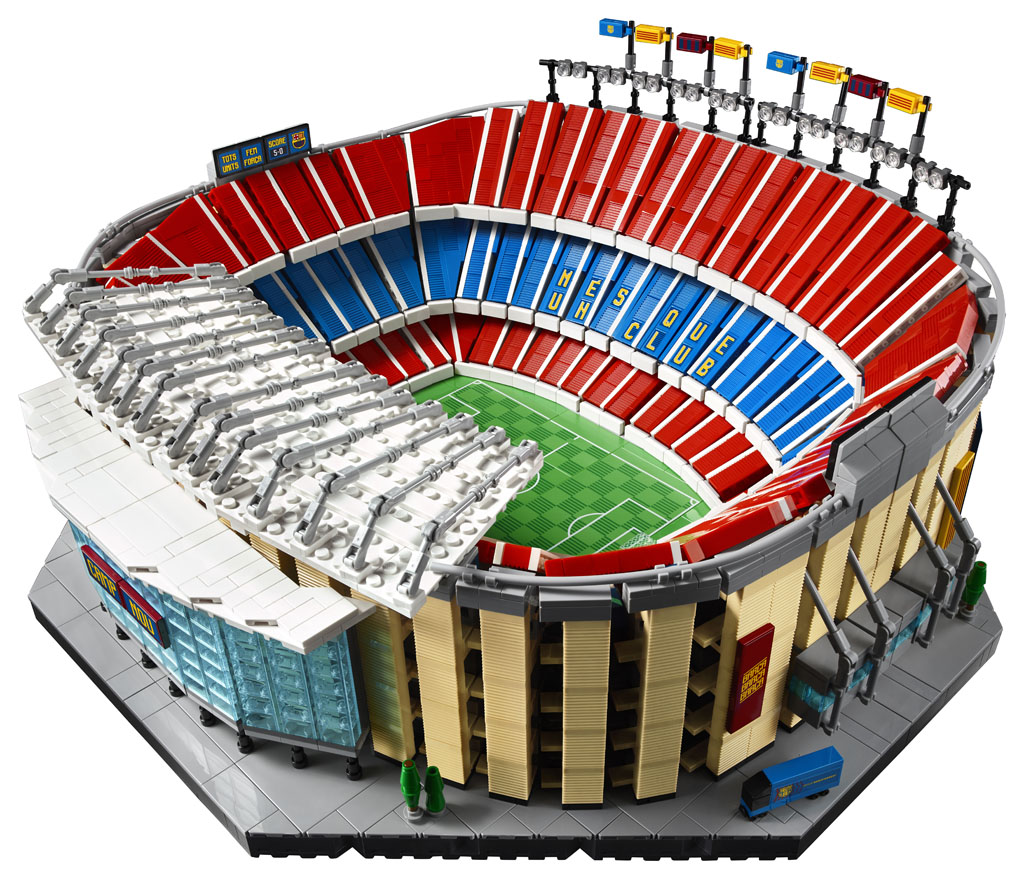 1st September 2021: To celebrate the launch of the new LEGO FC Barcelona Camp Nou set, the LEGO Group and FC Barcelona are searching for the club’s superfans through a competition where the winners will be rewarded with the new set, a personalised minifigure in the famous red and blue football strip and a certificate recognising your superfan status.

The new LEGO FC Barcelona Camp Nou set allows you to create a spectacular 5,509-piece model that is sure to take centre stage in any fan’s home. To mark the occasion, the LEGO Group and FC Barcelona are putting football fans to the test with a special quiz. Featuring 10 questions about the great football club, the quiz has been designed by FC Barcelona historians and can be taken at www.lego.com/fc-barcelona. Get all 10 questions correct and you could be in with a chance with winning.

You need to be a LEGO VIP member (sign up is free) to enter the competition and be in with the chance of winning one of the 46 prizes – one prize for each of the members of FC Barcelona’s female and male first team squads. Terms and conditions apply.

The new LEGO FC Barcelona Camp Nou set is fantastically detailed. Features include the stands, pitch, team tunnel, media boxes and even the team’s coach. The score board also references the club’s momentous 5-0 win over rivals Real Madrid in 2010 and two of the stands proudly feature the “Mes que un Club” motto that is known by fans around the world.

Talking about the how he approached the design of the set, Rok Zgalin Kobe, LEGO Set Designer commented: “To create the Camp Nou in LEGO form was a really enjoyable challenge, from bringing the stands to life to envisaging the players walking down the tunnel to the pitch, you can almost feel the atmosphere of a roaring home game. It is an impressive build – perfect for both FC Barcelona and LEGO fans.” 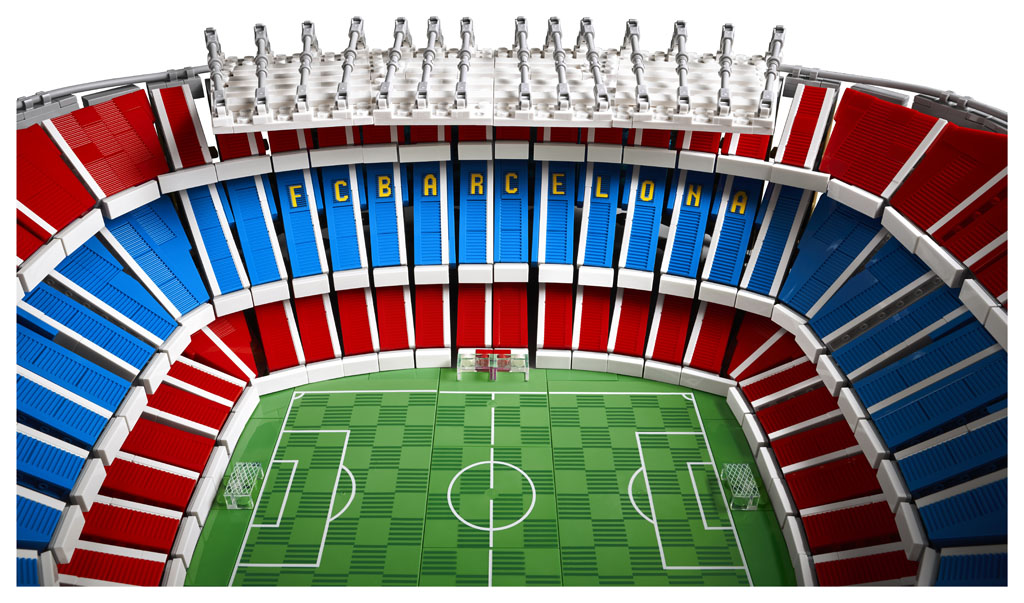 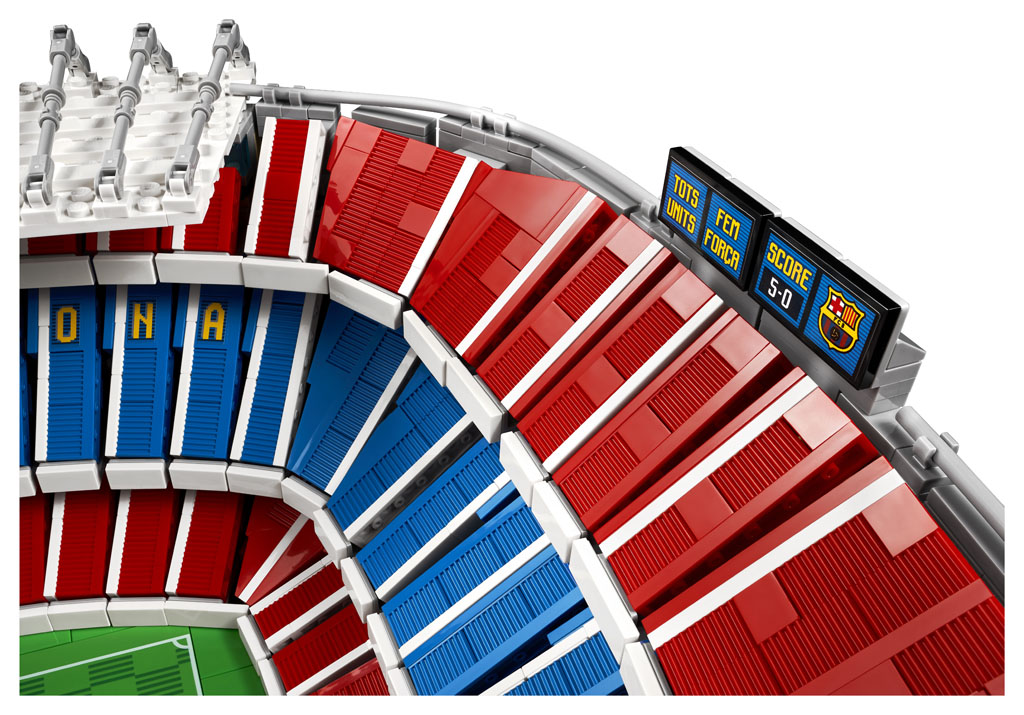 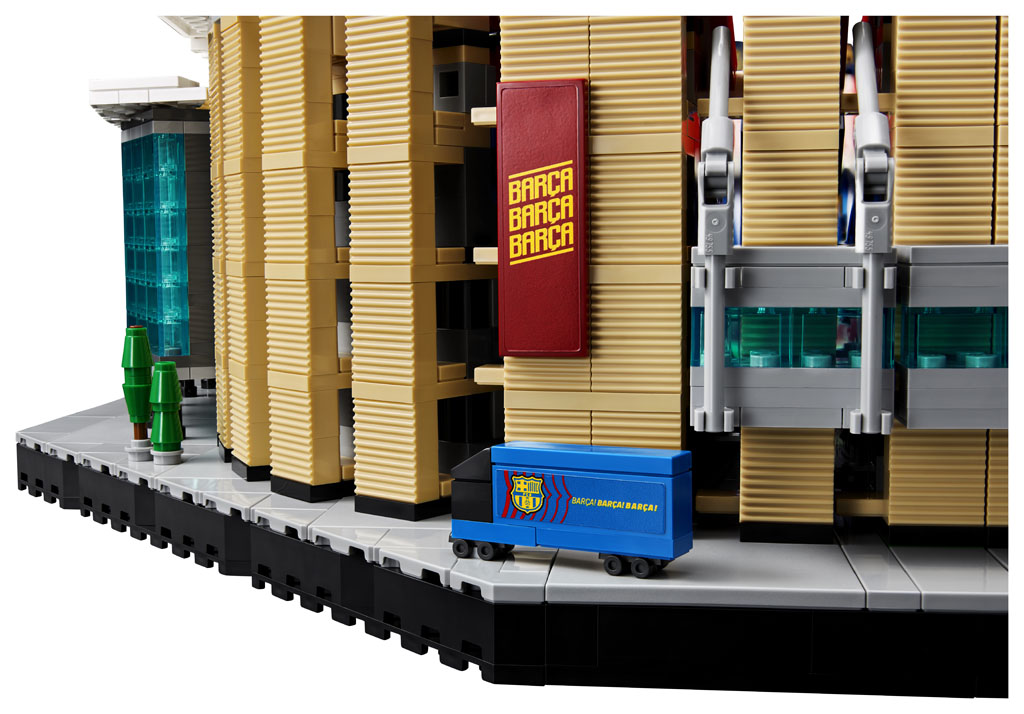 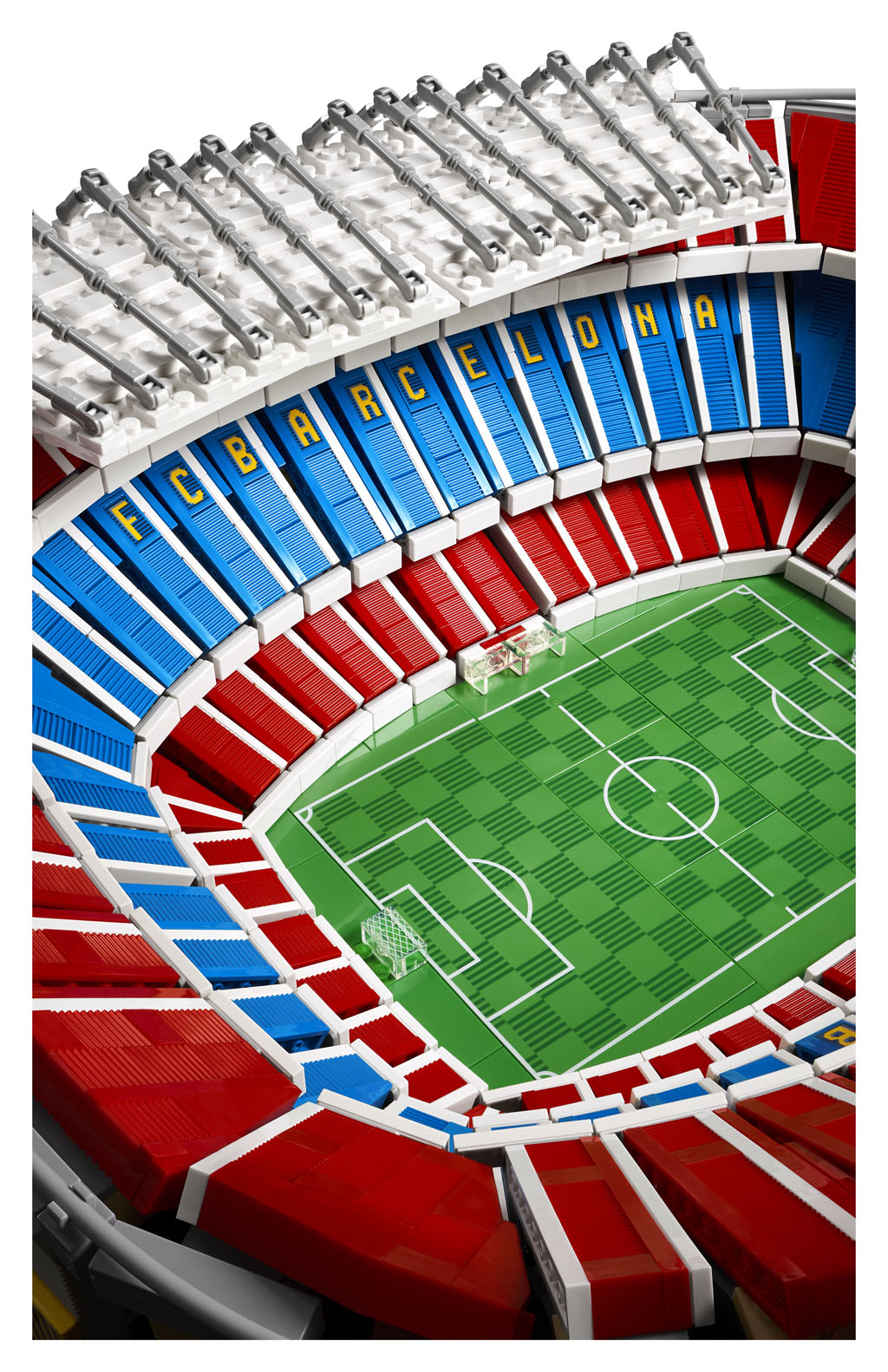 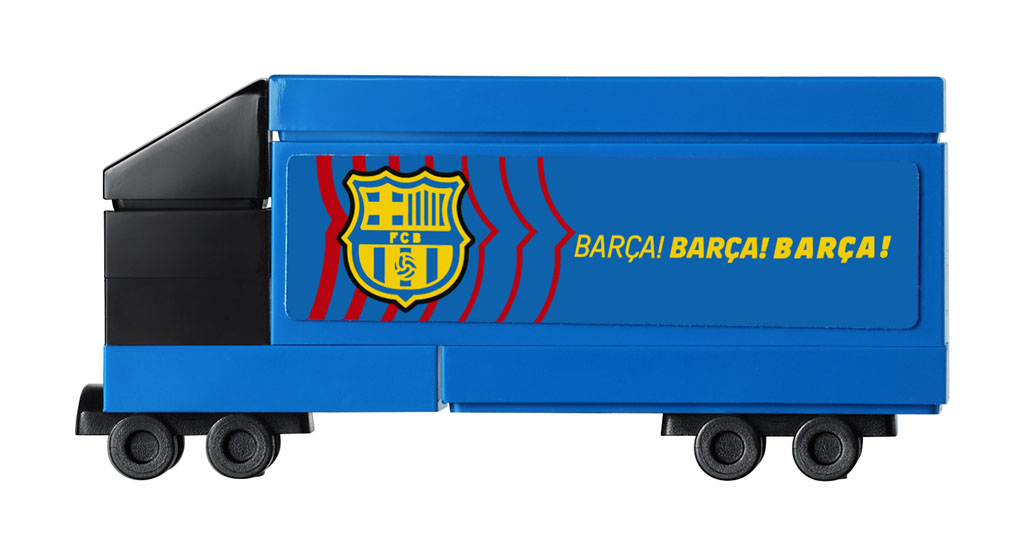