I’ve gotten a few emails from Toys R Us employees saying that the LEGO Friends Series 5 Animals are starting to show up at their stores. They’ve been available in European countries for quite a while now but they’ve just recently made their way to the States. I assume they’ll also be available at LEGO Brand Stores and on [email protected] as well as other retailers in the near future. I wasn’t told how much the LEGO Friends Series 5 Animals are but I believe they are $3.99 each. There’s still no word when the Series 6 Animals will be available at this time. 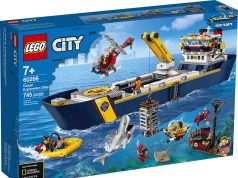