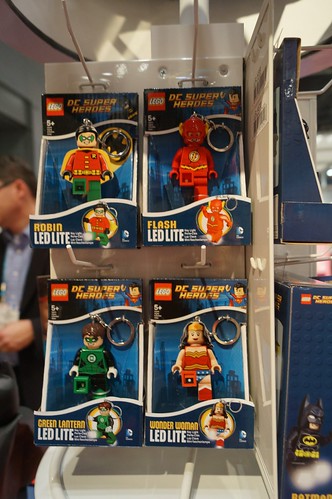 There’s been much talk over the interwebs over the past day of one of the pictures our good friend Joe Meno, editor of BrickJournal, took while attending the 2014 American International Toy Fair. This picture is of a Green Lantern LED Lites and is speculation that a minifigure version of him may be coming out in a future set or polybag. This version of the highly sought character is the same as in the LEGO Batman 2 DC Super Heroes Video Game and is different from the one that was given away at the 2011 San Diego Comic Con

There have been rumors that we would probably see a Green Lantern this year but nothing legitimate has come out as of this time. On another note about the LED Lites, all of the other characters that are shown in the image all have minifigure equivalents now that the Flash is out so that might add to the speculation.