LEGO has officially announced its next LEGO Harry Potter exclusive set with the Hogwarts Icons Collectors’ Edition (76391). Releasing on September 2, the set has 3,010 pieces and will retail for $249.99.

The set features Hedwig as the centerpiece but it also includes a number of other Hogwarts related items including Harry’s glasses and wand, a chocolate frog, Tom Riddle’s diary, the Golden Snitch, a school scarf, and a potions tray with five potions such as Asphdel, Gillyweed, Polyjuice Potion, Infusion of Wormwood, and Felix Felicis. Also in the set are three exclusive golden minifigures of Albus Dumbledore, Minerva McGonagall and Rubeus Hagrid with a stand featuring the chocolate frog card box. Finally, there’s a Hogwarts acceptance letter from Professor McGonagall. 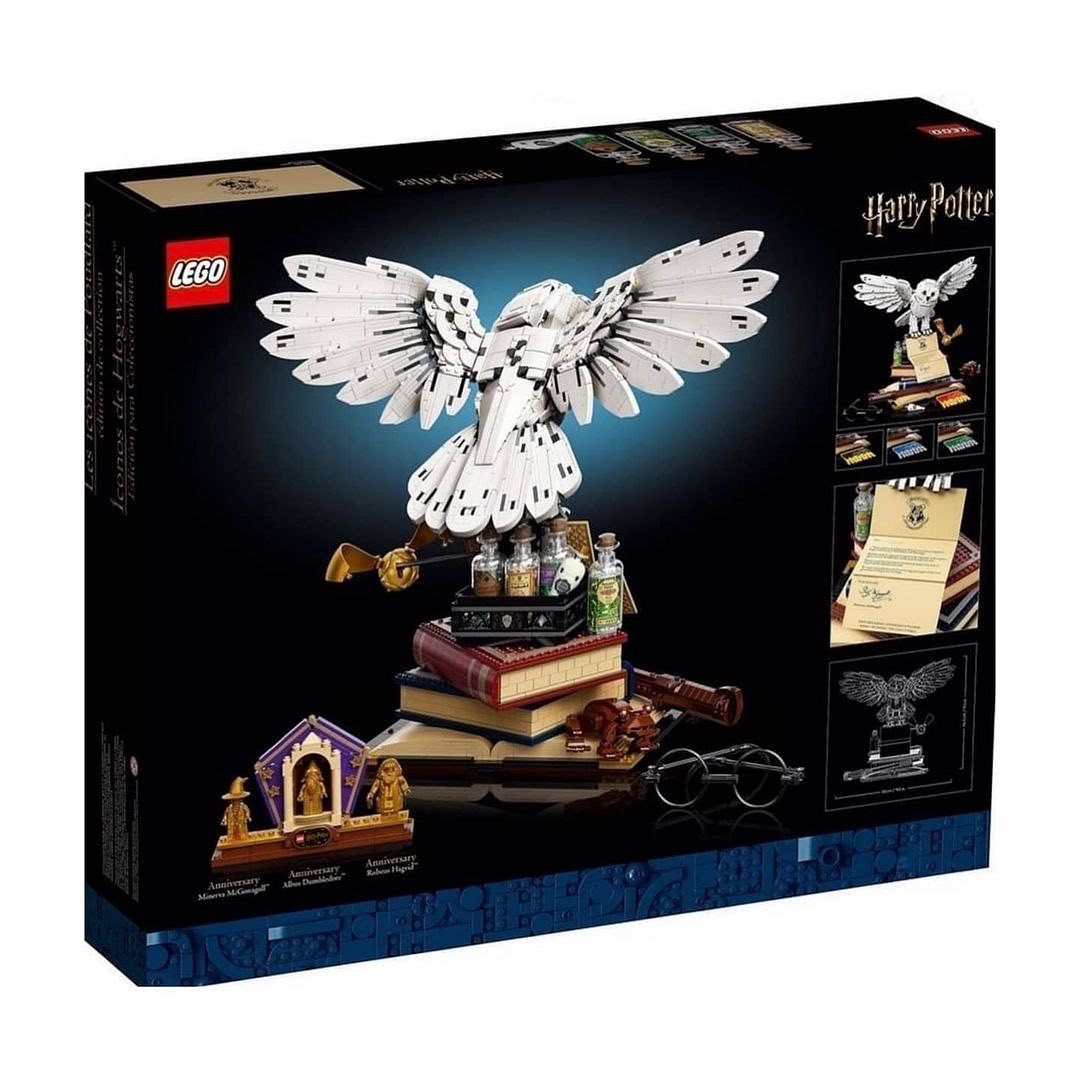 The LEGO Group is celebrating 20 years of LEGO Harry Potter with the reveal of the LEGO Harry Potter Hogwarts Icons Collectors’ Edition, an intricate display model and a perfect homage to the fan-favourite Wizarding World.

The detailed new set follows the adventures of Harry Potter and his friends, capturing some of the most iconic characters and moments in one, single stunning model. The set also includes several famous artifacts found in the Wizarding World over the last two decades.

Sitting proudly at the centre of the set is Harry’s loyal owl, Hedwig, clutching the infamous Hogwarts letter. Fans will also find Harry’s wand and glasses, a chocolate frog, a potions tray including five potion bottles and ingredients, as well as Tom Riddle’s diary, the Golden Snitch and a school scarf which is customisable to match any Hogwarts House.

The combination lends itself to a striking display of 3010 pieces, measuring over 44cm high, 50cm wide and 33cm deep, and is completed with a bespoke stand and celebratory tile to mark the 20th anniversary of LEGO Harry Potter.

In addition, the set also comes with a trio of exclusive anniversary golden LEGO minifigures, including Albus Dumbledore, Minerva McGonagall and Rubeus Hagrid, as seen together in the first scene of Harry Potter and the Philosopher’s Stone.

Speaking about the set, LEGO Designer Marcos Bessa commented: “The timeless magic of Harry Potternever leaves you, and this new LEGO set is our way of celebrating 20 years of LEGO Harry Potterand the wonderful people and things found in it.”

“Every item in the set is filled with memories, from winning quidditch matches to iconic potion ingredients, not to mention getting that all-important letter. Building the Hogwarts Icons Collectors’ Edition Set is sure to bring fond recollections back for Wizarding World and LEGO fans alike, with this beautiful centrepiece.”

Just in time for the new term at Hogwarts, the LEGO Harry Potter Hogwarts Icons Collector’s Edition Set will be available from 2nd September 2021 from LEGO Stores and www.lego.com/harrypotter at a recommended price of 249.99 GBP / 249.99 EUR / 249.99 USD. 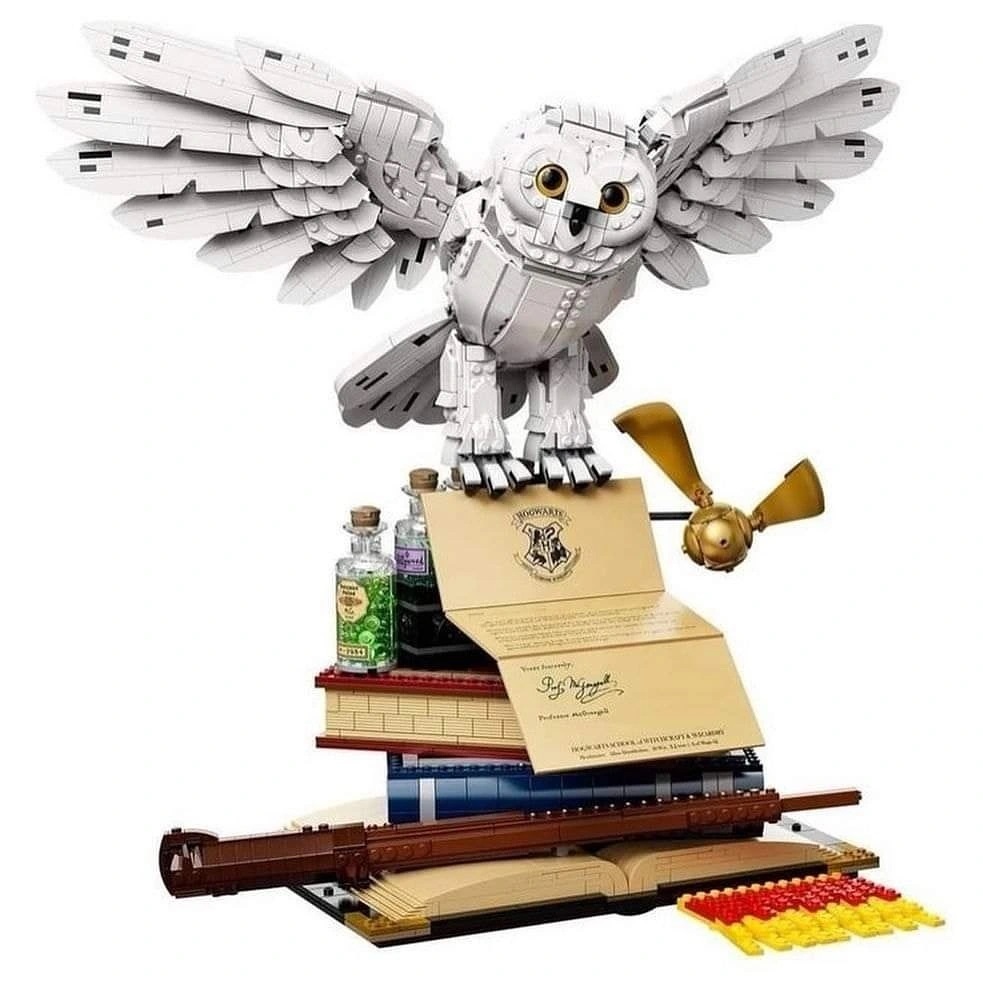 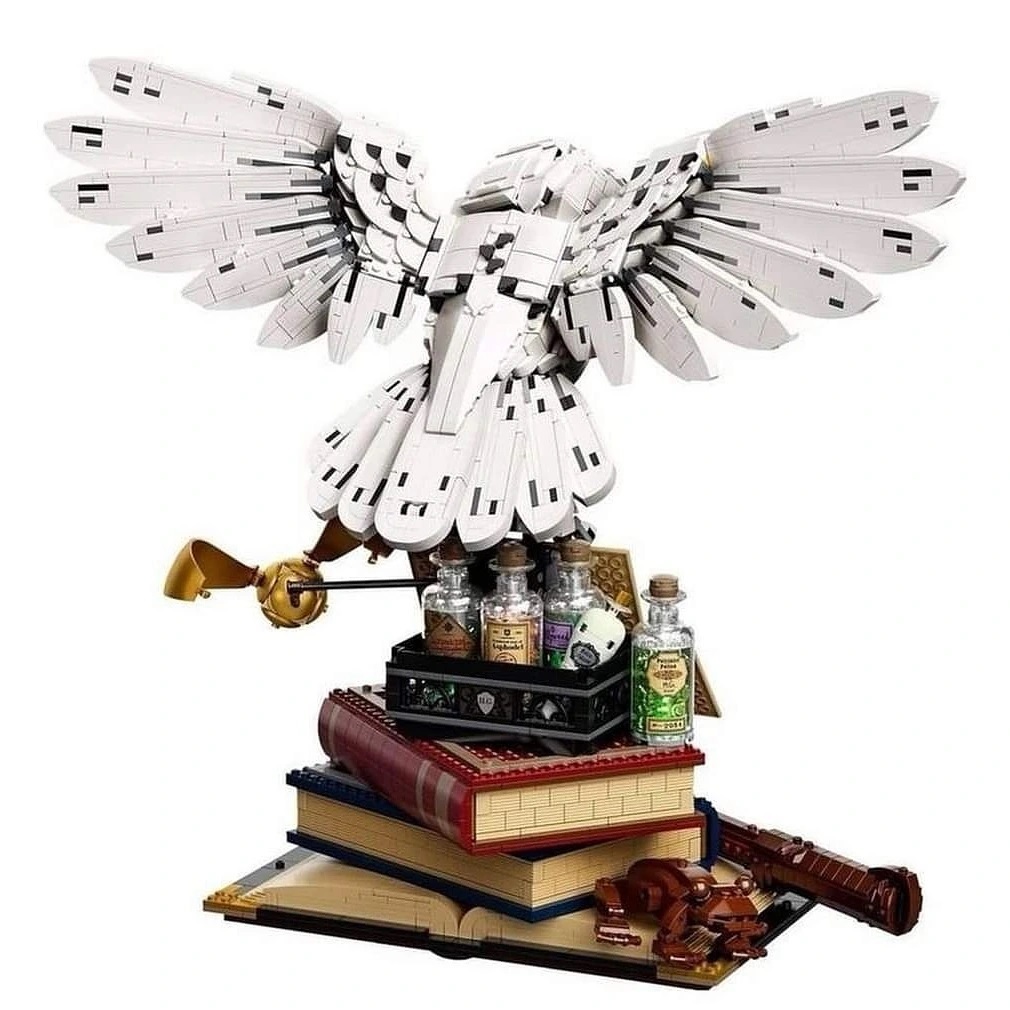 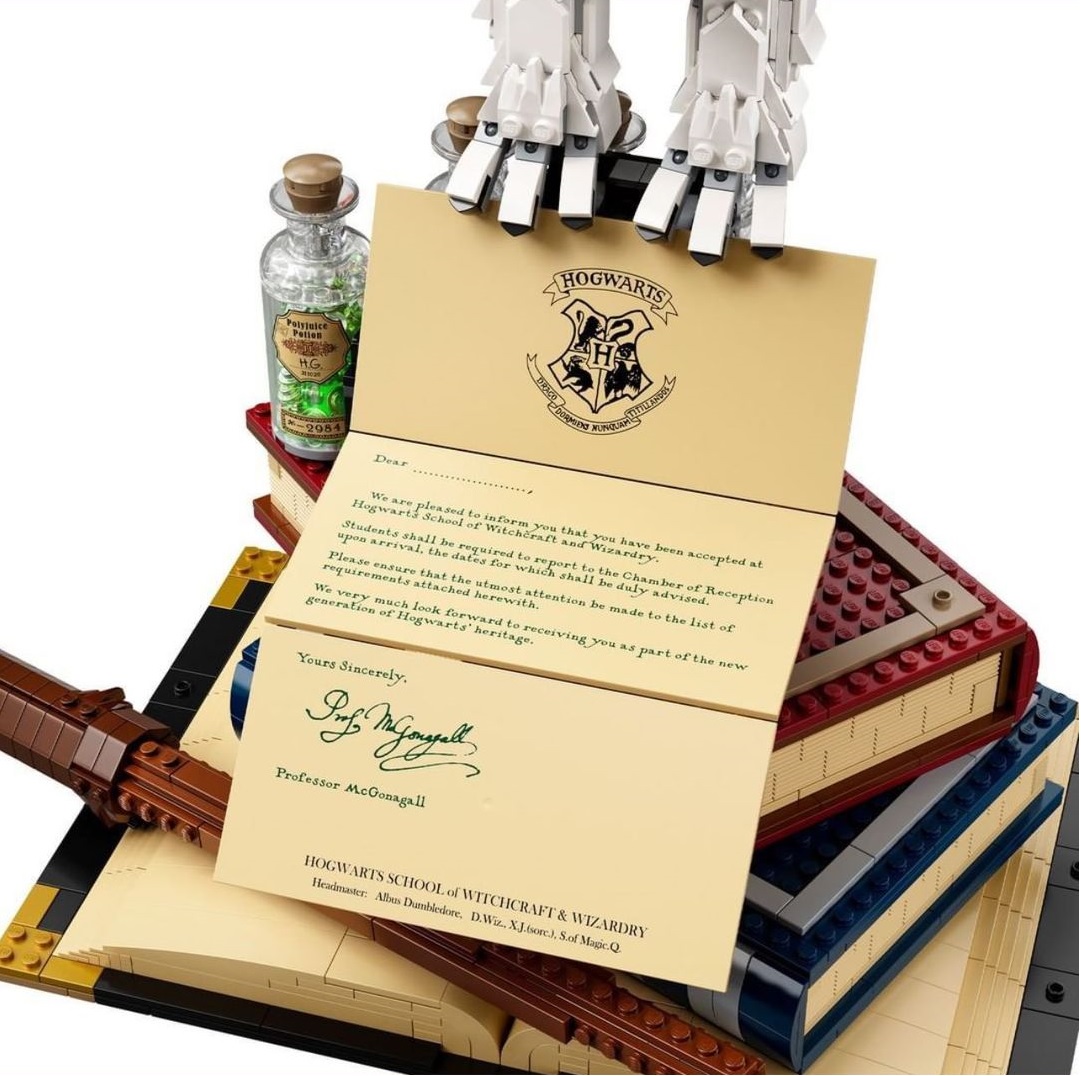 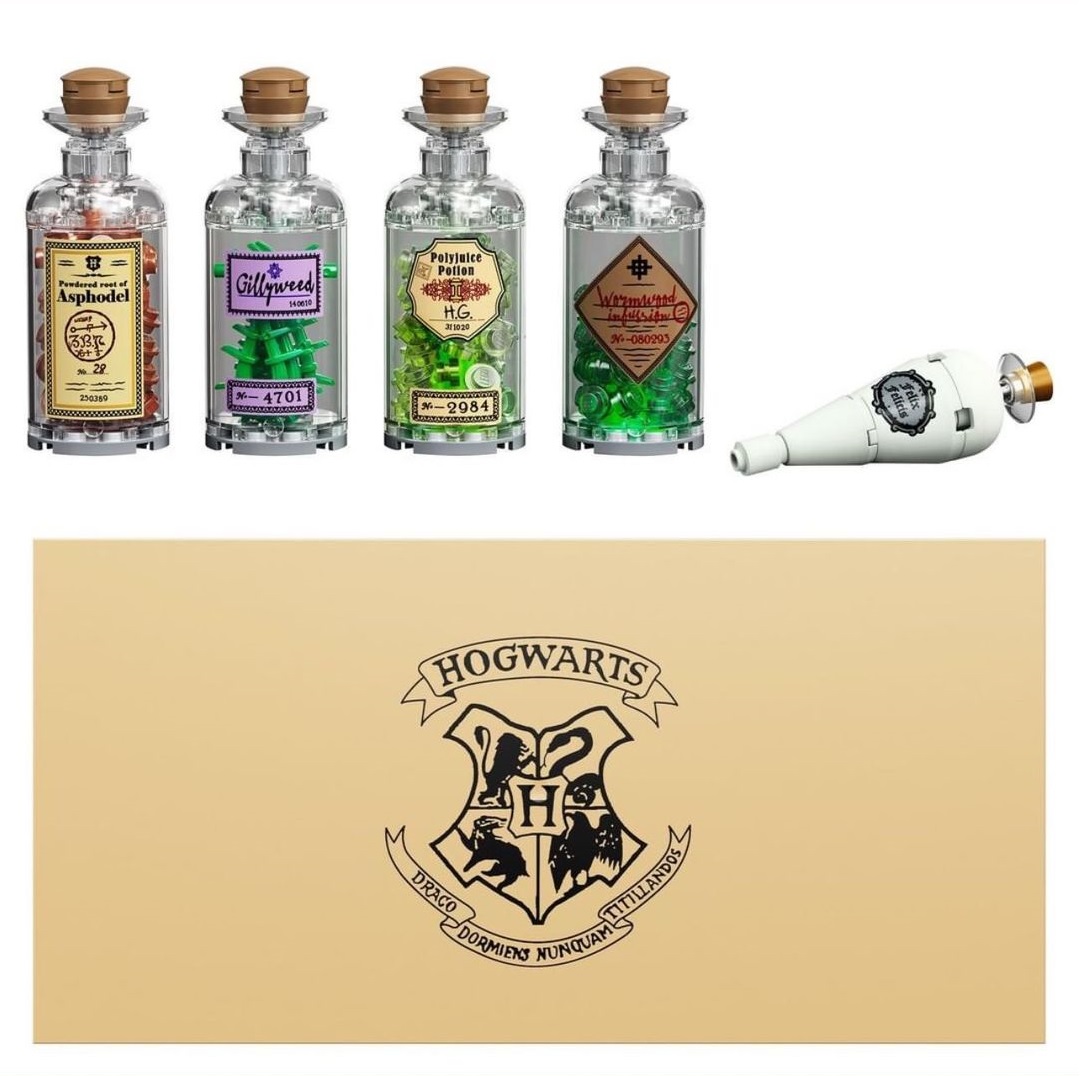 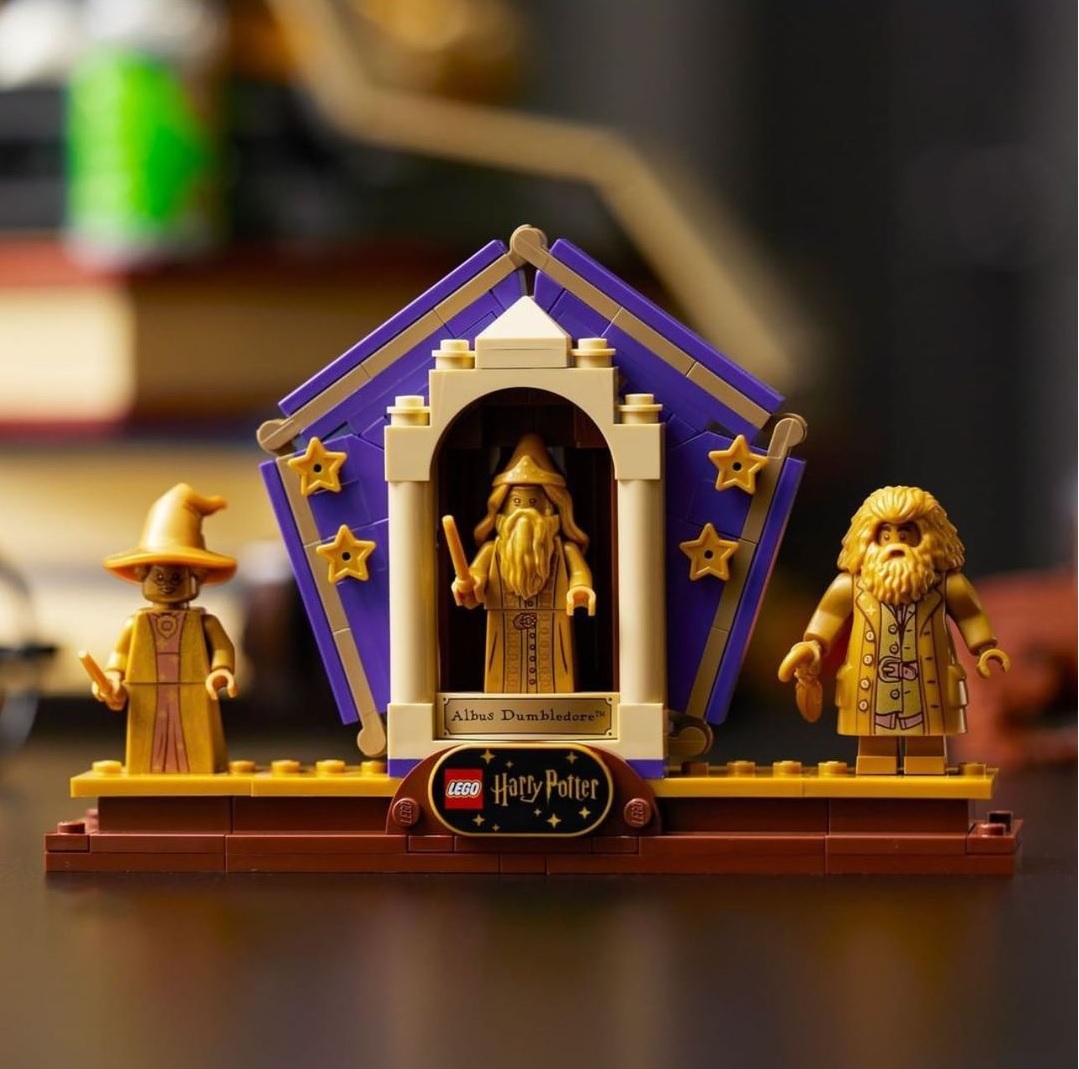 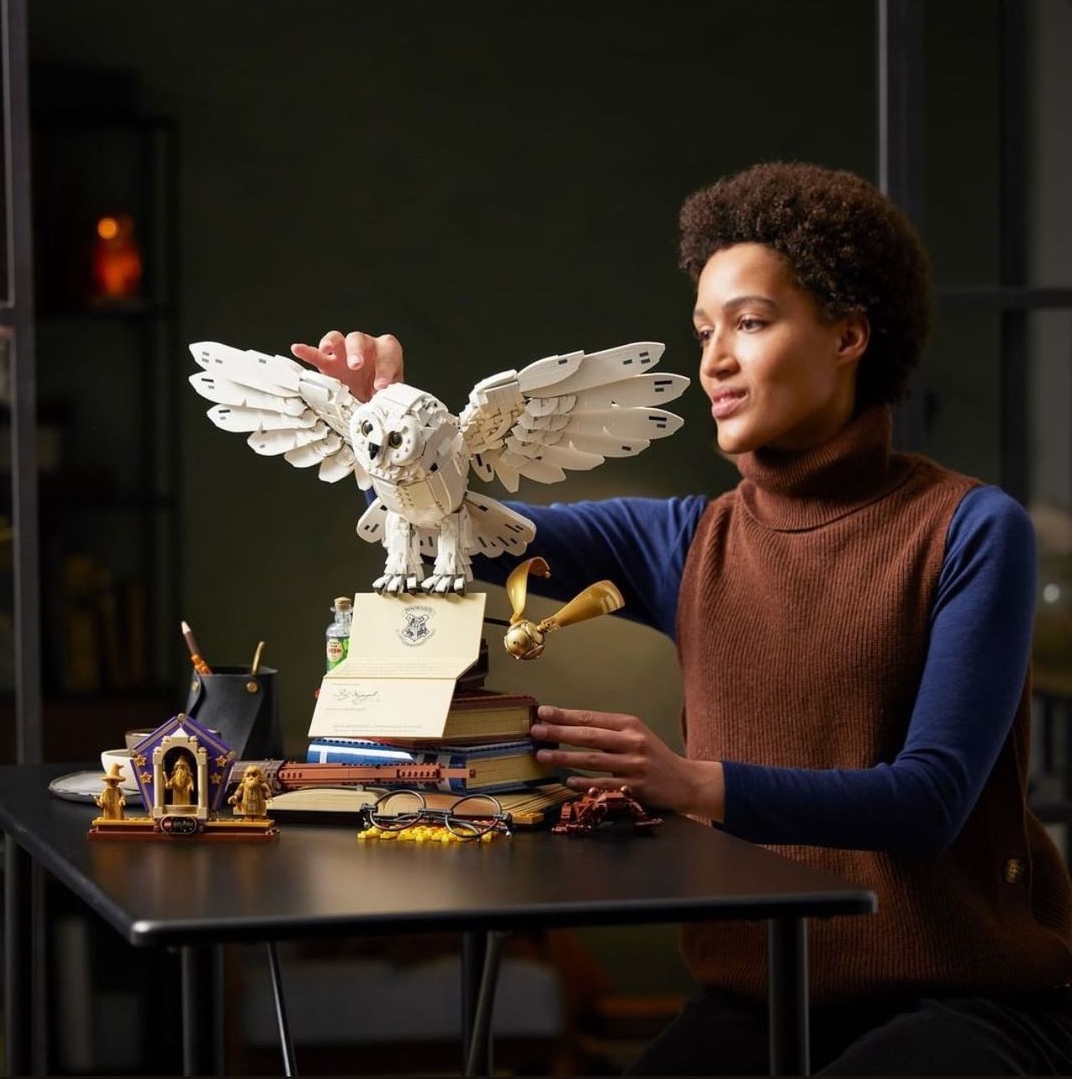 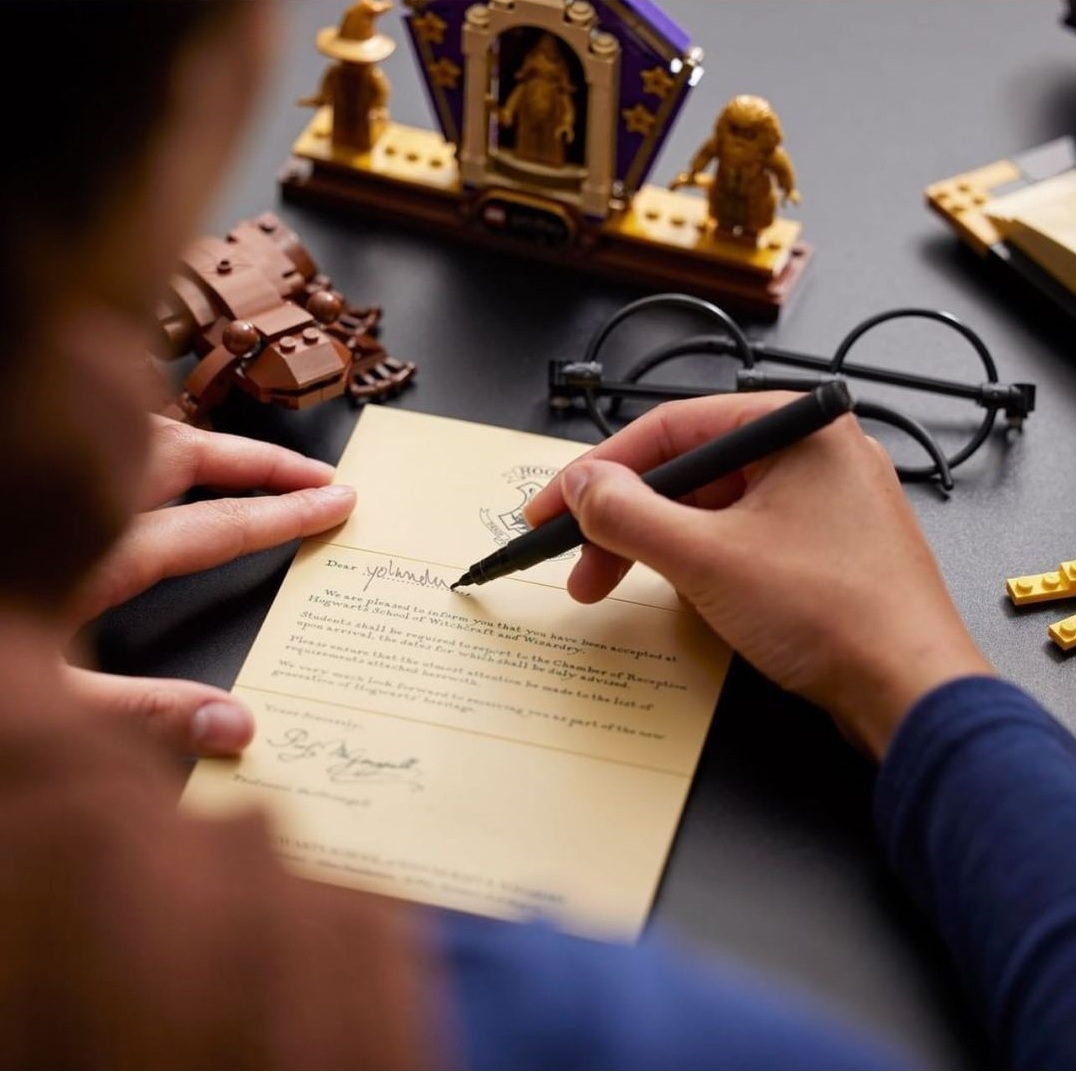