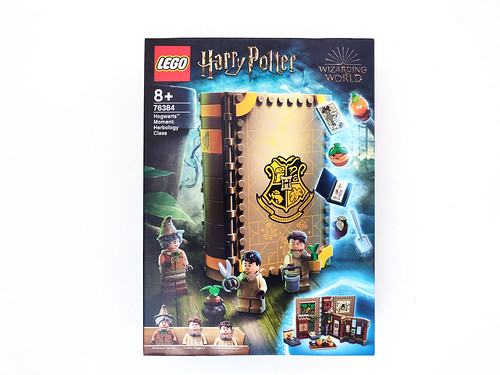 Continuing with my reviews of the new LEGO Harry Potter Hogwarts Moments sets, the next one that I’ll be taking a look at is the Herbology Class (76384). Like with the other sets in this wave, the 233 piece set retails for $29.99 and will be available starting on January 1. 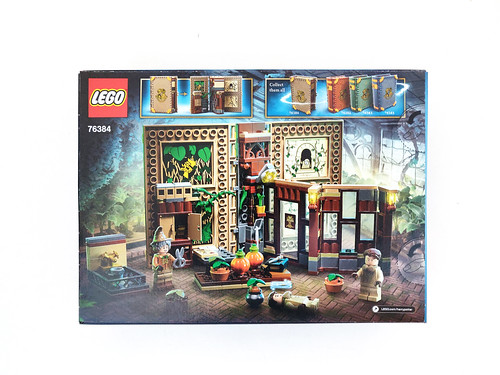 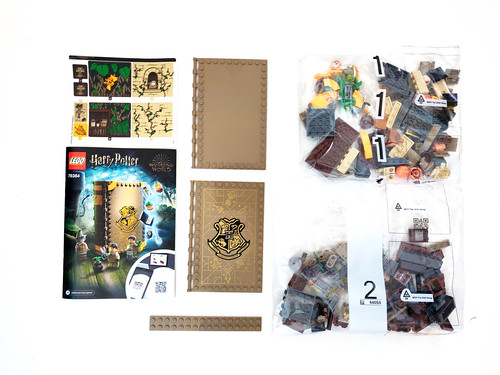 There are three minifigures in this set and they include Professor Sprout, Cedric Diggory, and Neville Longbottom. Professor Sprout has on a brown robe that is pretty dirty especially on the lower torso going down to the legs. She has a double-sided head with both sides showing a smile. Her gray hair is also molded to the hat. Her accessory is a brown wand. 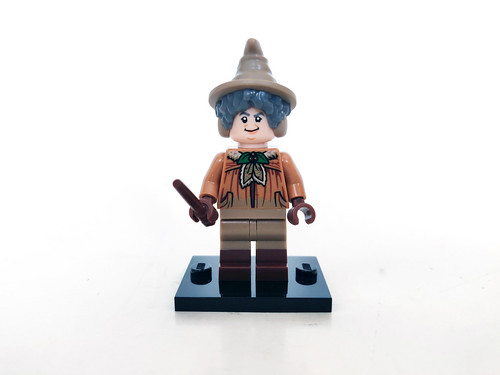 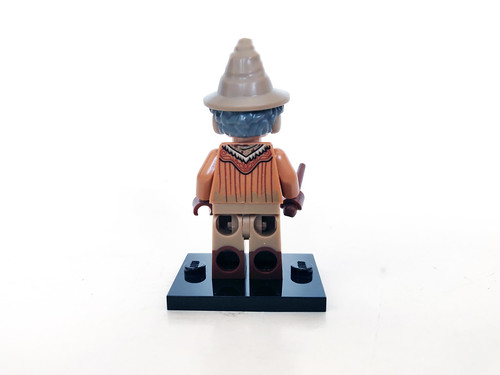 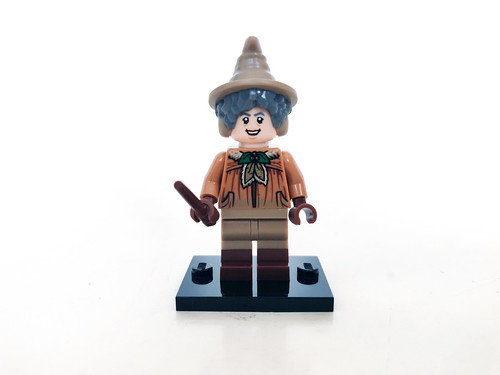 Cedric Diggory is an interesting minifigure choice for this set as I believe this set is based on the Herbology class scene from The Chamber of Secrets which he wasn’t in. I think the reason why he’s in the set is because he’s in the Hufflepuff class. Anyways, he wears the tan protective robe the the students wear in the class which is a new print. He has a double-sided head showing a smile on one side and an angry look on the other. He does have a pair of earmuffs around the neck. His accessory is a tan wand. 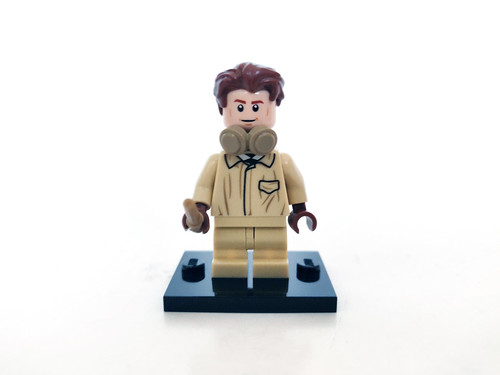 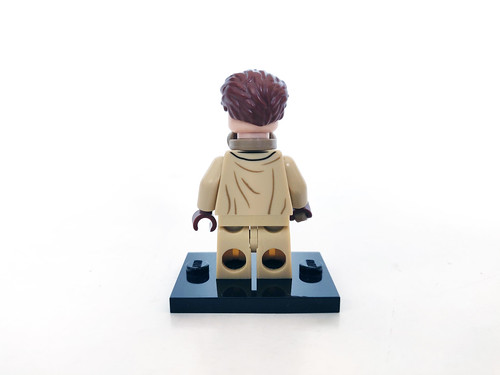 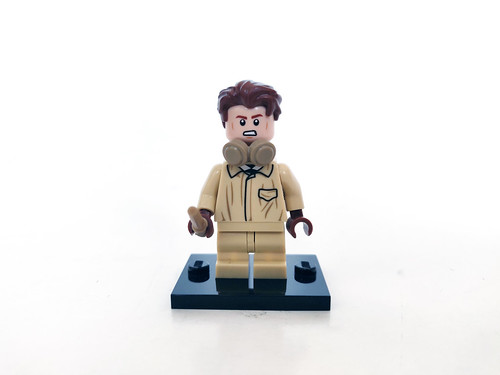 Neville has on the same outfit as Cedric but with short legs. He also has a double-sided head showing a concerned look on one side and a sleeping expression on the other. His accessory is a dark brown wand. 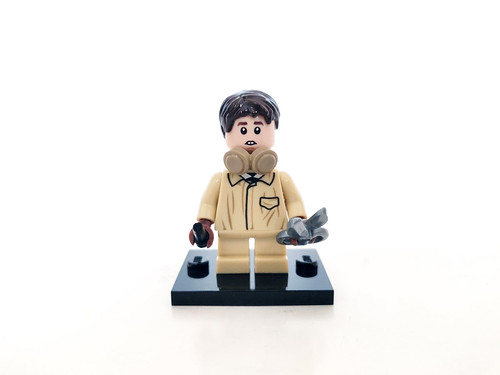 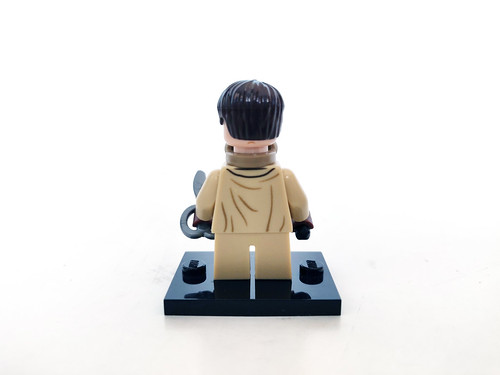 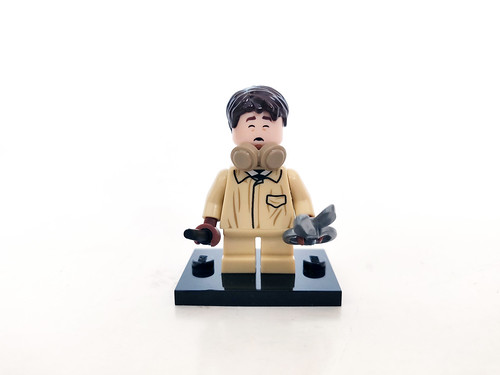 The build starts off with the watering station that has a pearl-gold faucet. The other build is a pumpkin patch that is filled with fully grown pumpkins as well as some newly sprouted ones. There’s also a separate potted mandrake that is printed on a round 1×1 brick. 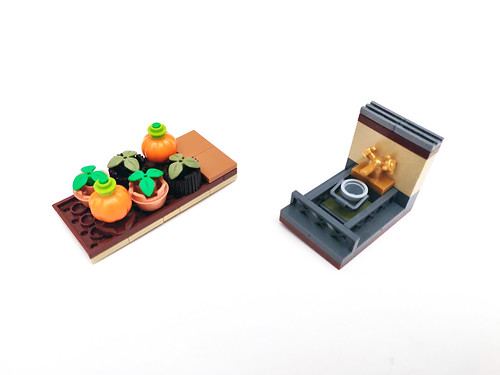 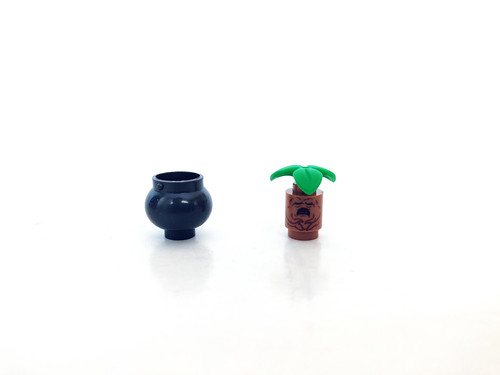 Next up is the spine for the book which is the same build as the other one’s I’ve looked at already. It uses the Hufflepuff colors and there’s a leaf sticker for the Herbology class. The front cover has the Hogwarts crest but it’s the same design as the other book. I kind of wish there was a variety of covers instead of having the same design on all the books. 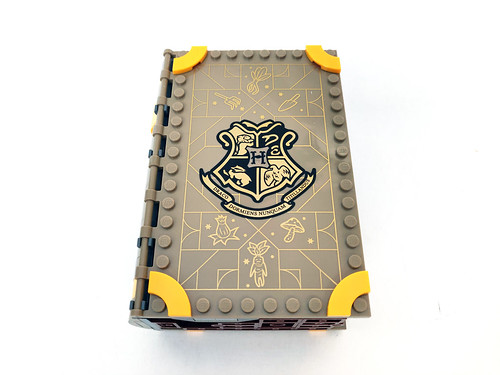 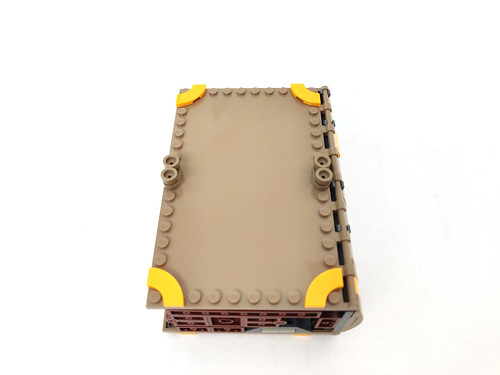 Like with the other books on the inside, there are spots that uses stickers for some detailing including one that shows the Hufflepuff crest. A majority of the inside is dedicated to building the greenhouse area that actually folds up nicely. The door has a couple of stickers for warning signs for the mandrake. The other cover has a storage cabinet and a fold-down table. 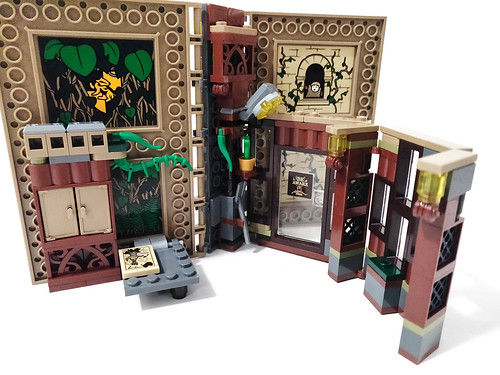 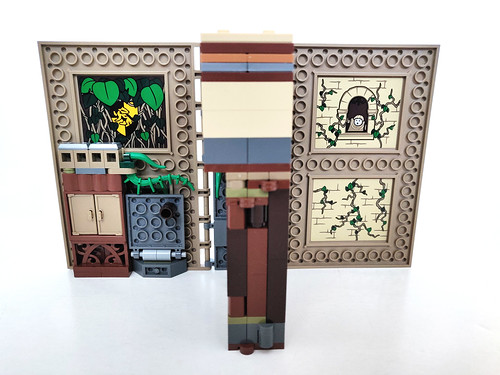 Although the LEGO Harry Potter Hogwarts Moments: Herbology Class (76384) doesn’t look like it has much going on with it, the whole thing is actually really nicely designed. I did say in my last review of the Potions Class (76383) that the set was cohesive but this set is even more so. There are only two things that isn’t connected to the book itself so that’s nice. The thing that I don’t really like is the same covers for all the books. Also the inclusion of the Cedric Diggory minifigure is somewhat questionable. I know he’s there because he’s part of the Hufflepuff class but it isn’t accurate at all since he isn’t in the mandrake scene. 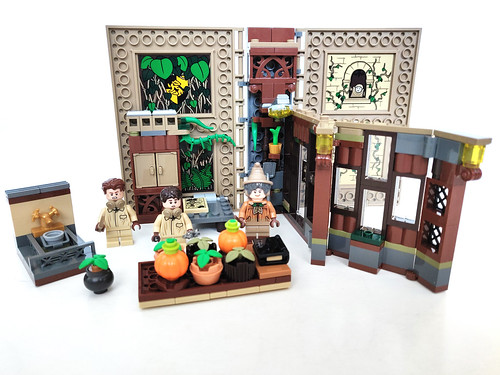