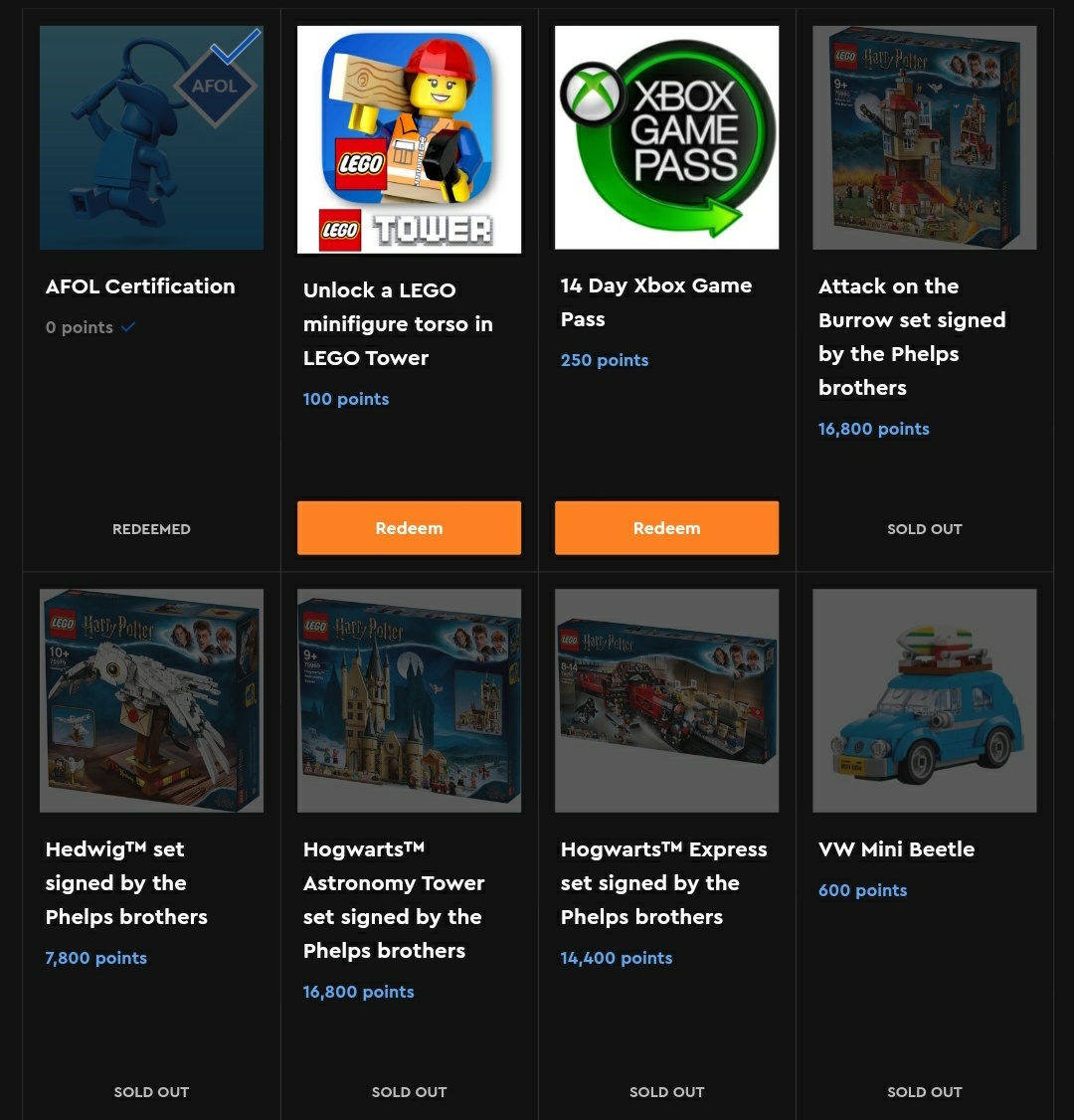 A few days ago, LEGO put some items up on the LEGO VIP Reward Center and they were items that were actually worthy of being collector’s items. To celebrate the release of the LEGO Harry Potter Diagon Alley (75978), there were some signed Harry Potter sets signed by James and Oliver Phelps who played Fred and George Weasley in the movies.

The sets included the Attack of the Burrow (75980), Hedwig (75979), Hogwarts Astronomy Tower (75969), and Hogwarts Express (75955) and the points needed to get them ranged from 7,800 to 16,800. Not surprisingly, all of them are now sold out since many people have been hoarding points and waiting for something good to show up. Those who were at the right place at the right time were able to get them easily since LEGO really didn’t announce it and I’m okay with that. I can also see the other side of the coin where fans who wanted the items weren’t able to get it because they didn’t know about it. I actually didn’t know about it someone pointed it out to me.

I believe this this the first time that LEGO has offered an item of substantial amount and I’m pretty sure it won’t be the last time they do it so keep an eye out on major releases to see if they added anything new.